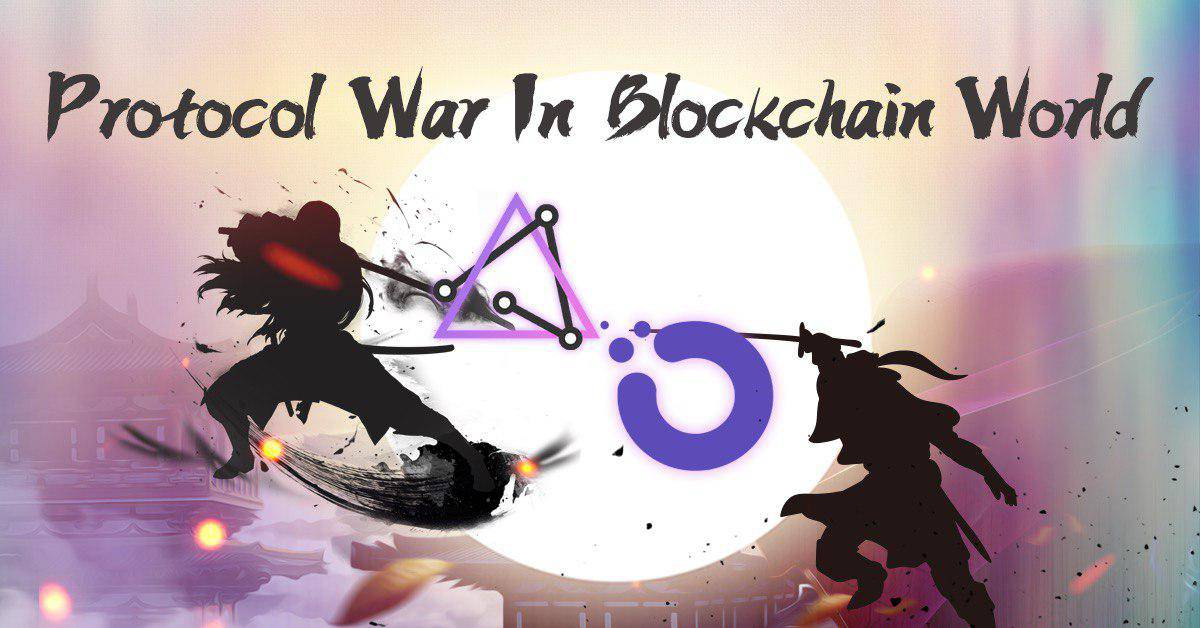 The proliferation of blockchains has led to an influx of these “fat” protocols, which are capturing more value than the leaner application layers on top vis-à-vis thin ones in traditional internet stacks such as TCP/IP. As a result, decentralized protocol solutions looking to solve various problems have come to the fore.

Some of these problems being the disadvantages in traditional internet communication, centralized control over web accessibility, and mass surveillance. Blockchain-based VPNs (Virtual Private Networks) are a solution to this problem. Two major companies that are working on products in this space are Orchid and Tachyon Protocol. With their VPN services going live this month, let’s compare how the two match up.

An Introduction to Orchid and Tachyon

Orchid is building an open-source internet protocol on top of the internet stack to allow anonymous web access in order to circumvent surveillance states.

It does so by incentivizing users to share bandwidth with others in a marketplace setting. This breaks up traffic and directs it over Orchid’s network of distributed nodes. Kind of a decentralized alternative to TOR (The Onion Router). Launched back in 2017, Orchid has so far raised USD 48M from marquee investors such as Sequoia, DFJ, Andreessen Horowitz, Polychain Capital, Box Group, Blockchain Capital, etc.

Tachyon Protocol is building an alternate stack to disrupt traditional communication protocols over the internet in order to eliminate drawbacks in TCP/IP. It is a collaboration between X-VPN and V Systems. X-VPN is a renowned VPN service provider used by 50 million + people worldwide. V Systems is a blockchain database cloud project that uses a unique Supernode-Proof-of-Stake consensus mechanism for security. Tachyon brings to fruition years of experience and research by Sunny King (inventor of Proof-of-Stake consensus mechanism), Peerchemist (Peercoin Project Leader, and President of the Peercoin Foundation) and FinTech investor Alex Yang. More on the collaborators and team members later.

With a focus on VPN, both platforms are built on public blockchains (Ethereum and V Systems). Nodes on each network need to stake tokens for verification before they can offer traffic to users. In return, they receive crypto payments (in the respective tokens) through smart contracts. However, there are major differences between the two projects that set them apart.

Orchid Protocol works on top of traditional internet protocols and creates a privacy layer using blockchain. This is done by using the open-source WebRTC for transmission to perform preliminary data obfuscation and multi-hop to reduce the chances of data theft. Data obfuscation makes Orchid traffic look like normal internet traffic with no identifier to detect that Orchid is being used.

However, this also leads to the possibility of deterioration in the transmission quality of data being moved. In normal practice, data obfuscation has been seen to have adverse impacts on network security and firewall identification. Similarly, multi-hop, while hiding original nodes, does not mask individual node activity in a P2P network. As a result, source nodes can be tracked using traffic analysis. For storage and routing, Orchid uses IPFS and Ethereum’s DHT, respectively.

In comparison, Tachyon Protocol’s approach has been to disrupt the core transmission protocols themselves, thereby providing a more comprehensive solution. It is reconstructing the TCP/IP model using its own iterations of proven P2P technologies – DHT, blockchain, UDP, and encryption.

As opposed to WebRTC, it uses its own Booster UDP to improve network connection success rates and transmission quality. The Tachyon Security Protocol is designed for end-to-end encryption and protocol imitation. With respect to multi-hop, the Tachyon Anti-analysis helps multi-relay forwarding to reduce the risk of information exposure after a single node is attacked. Tachyon also uses its own DHT for routing.

Orchid is built on Ethereum, which is a mature ecosystem with thousands of dApps and platforms built over it. However, in its current state, the Ethereum chain is limited in terms of TPS (transactions per second) and hence leads to performance bottlenecks during times of high traffic.

Orchid Protocol’s whitepaper mentions that if it were to rely on Ethereum solely, the network would allow up to 7 million users only. Comparatively, V Systems, the blockchain on which Tachyon is based, has much higher TPS and hence can theoretically support a billion users. However, it is a smaller ecosystem compared to Ethereum and is relatively newer.

For verification, Orchid Protocol uses a stake weighting plan for nodes with staking time as the adjustable parameter. The initial staking period is set at 30 days, which is good for network security but increases the barrier to entry for user participation since they need to bear more opportunity costs from higher risks of price fluctuations. To solve this issue, Orchid lets nodes with higher/longer stakes to get more traffic.

This, however, runs the risk of Matthew effect: “rich get richer, poor get poorer.” In Tachyon Protocol, staking amounts and staking periods are both adjustable parameters, thereby allowing more parameters to be tweaked in the event of an early-stage attack. The initial staking time is set to 7 days in Tachyon. In order to make up for the opportunity costs of users, the system provides fixed staking rewards to participants.

For making settlements, Orchid uses nano payments, which is also one of its major points of focus. Nano payments allow for a large number of small transactions at low transaction costs. However, nano payments aren’t completely untraceable, and as mentioned earlier, individual node traffic can be tracked to identify source nodes.

In comparison, Tachyon has a unique mainchain payment channel. In addition to allowing for a large number of small transactions, the transaction fees in the sidechain are nil. Payments using this sidechain method are anonymous since they use payment pools. But the implementation complexity is high.

Having analyzed both projects at length, there are certainly pros and cons to both platforms. However, one major advantage that Tachyon has over Orchid is that it is backed by established brands like X-VPN and V Systems, which have been battle-tested by millions of users. As the war of the VPN protocols heats up, it will be interesting to see how these two platforms grow and influence the segment and each other over time.

Why Blockchain Is a Part of IoT-Technology?