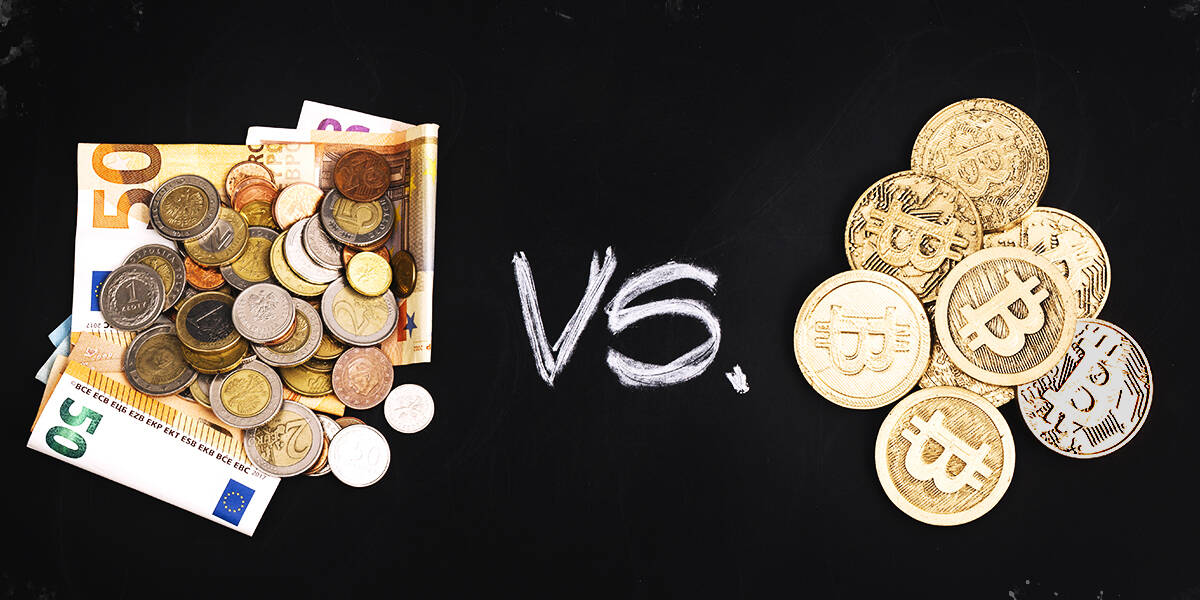 Perhaps only the biggest cryptocurrency antagonists would dare to argue that cryptographic money has deservedly established a strong presence not only in the world of finance but also in such booming industries as gambling and sports. Having gone through numerous rough patches, as well as the downright crises, like the one which occurred in 2018, Bitcoin and altcoins have proven their viability, endurance, and usefulness in many areas of social and economic life. Despite the fact that the blockchain technology, which serves as the backbone of virtually all cryptocurrencies, is still at a nascent stage of development, since there is still plenty to be done with regards to the scalability issues, cross-chain operations, transaction cost & speed, etc., but the fact persists that crypto is gradually changing the world as we know it.

Contents hide
1 Cryptocurrency, the Successor of Fiat Money
2 The Resistance Is Futile
2.1 Related Articles:
3 1xBit Is Blazing a Trail for Full Crypto Adoption

Just some ten years ago, most of us didn’t know the first thing about Bitcoin, but now it’s one of the biggest talks of the town, especially when the cryptocurrency prices take another upwards hike.

Cryptocurrency, the Successor of Fiat Money

So, let’s apply some analytics, but also allow our imagination to run wild for a bit, and paint a picture of the future world and a place for cryptocurrencies in it. There is a term “flippening” used frequently by the members of the global crypto community. It describes the situation when one coin outcompetes the other one in terms of market capitalization, price, and adoption thus takes its place or goes even higher, in the global cryptocurrency rankings. However, this term could be relevant not only in the crypto space, but to the global financial system in general, as crypto starts posing an increasing threat to the conventional monetary system.

The essence of that threat lies in the very nature of cryptocurrencies. One of the primary purposes of Bitcoin is to completely eliminate the so-called “middleman” from all financial operations through the introduction of super secure, cheap, and fast payment instrument that operates on a trustless and anonymous basis and doesn’t rely on any authority. Sounds totally opposite to the characteristics of fiat money, isn’t it? That is what makes them the archrivals, and that is the reason why the governments are fighting tooth and nail to bring crypto under their boots. Just look at how vehemently the US Senate is fighting Facebook over its proprietary cryptocurrency Libra.

The Resistance Is Futile

However, these attempts are vain in the long run, because the archaics can never defeat the innovations, the progress always beats the conservatism, that is just how nature goes. Unless the global bureaucratic machine decides to wage an all-out war against cryptocurrencies by imposing strict bans, there will definitely be a flippening, after which the blockchain and crypto will become the foundation of the global economy, while fiat will either remain an appendage or fall into oblivion.

Certainly, that won’t happen overnight, or even in the nearest decade, so crypto has to brace itself for many more battles on the “red tape” field, but the positive tendencies are growing stronger by the day, thanks in no small way to online platforms, such as 1xBit, that engage in the full adoption of cryptocurrency.

1xBit Is Blazing a Trail for Full Crypto Adoption

While many businesses are still reluctant to incorporate cryptocurrencies, there is a growing number of platforms that have partially or, like in the case of 1xBit, fully embraced the digital currencies, which will surely put them ahead of the competition in the long run. 1xBit operates on an all-for-crypto model that provides for acceptance of more than 30 popular cryptocurrencies for deposit/withdrawal purposes, with the list of coins being extended on a regular basis.

Also, in concordance with the concept of anonymity, inherent to cryptocurrencies, 1xBit introduced a one-click registration which doesn’t require users to provide an email. Add to that the inexhaustible stream of online casino games and possibly the most comprehensive range of sports betting options, and a host of lucrative bonuses, including the up to 7 bitcoins welcome package. All these feats make 1xBit a spearhead for the inevitable crypto future, which will change our lives just like the Internet did.