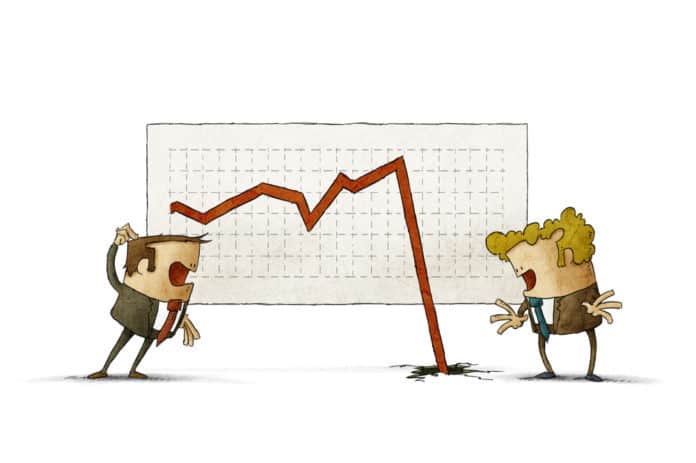 Cryptocurrencies are a relative newcomer to the trading market, and being a newcomer comes with some disadvantages — one of which is its volatility. Take for example the price of Bitcoin which went from $1,000 to $20,000 in just a few months last year.

At the moment of writing, 1 BTC is equivalent to $10,900 after a particularly volatile period. This shows how fast things can change in the world of crypto. But why is it this way? People might say that the instability of cryptocurrencies is because they’re still in their infancy.

Well, there are many reasons behind the crazy volatility, let’s explore them.

Cryptocurrencies are hard to value because they don’t run any business. They are not income produced from sales, they don’t earn other types of revenue, and there are no employees. They don’t have any fashion-value like gold. They just exist in the virtual world. So how can an “asset” such as this gain any stable value?

We have no means of knowing if Bitcoin is overbought or oversold, so we tend to depend on the market’s sentiment which is partly controlled by media. Hence, the value of Bitcoin partly depends on hype.

Market manipulation is rampant in the crypto community because of the lack of regulation. Amy regulation is currently too lax and for now, just made for the sake of formality, or a simple show of legality.

This is soon likely to change. Take for example the recent statement by the U.S. Congress which said they are considering the regulation of cryptocurrencies.

Cryptocurrencies are vulnerable to all the bad press and news, some which is true, some which is merely fake news. What makes it even worse is the constant recycling of this news. How many times has China banned crypto?

The recent comments of the Internal Revenue Service (IRS) made it clear that cryptocurrencies are considered as a capital asset. The statement said that cryptos should be taxed because they can be used for investment and business purposes.

It also added that users should record the current market price of the cryptocurrency on every transaction. The lack of awareness to the tax situation is another potential culprit for the volatility.

Cryptocurrencies are undoubtedly full of potential, but for the meantime, they remain volatile assets. Invest with caution and try to keep a level head. Never invest more than you can afford to lose and you won’t lose any sleep over the volatility.