There are many competing VPN services available today. Some have huge customer bases, and others specialize their services to meet the needs of specific customers such as purpose-based services.

Today we are going to be making a comparison with two of our favourites.

One thing we love to do is breakdown 2 different VPN services side-by-side to see which one if the best. In this post we are going to compare two of our top choices, cyberghost and expressvpn. 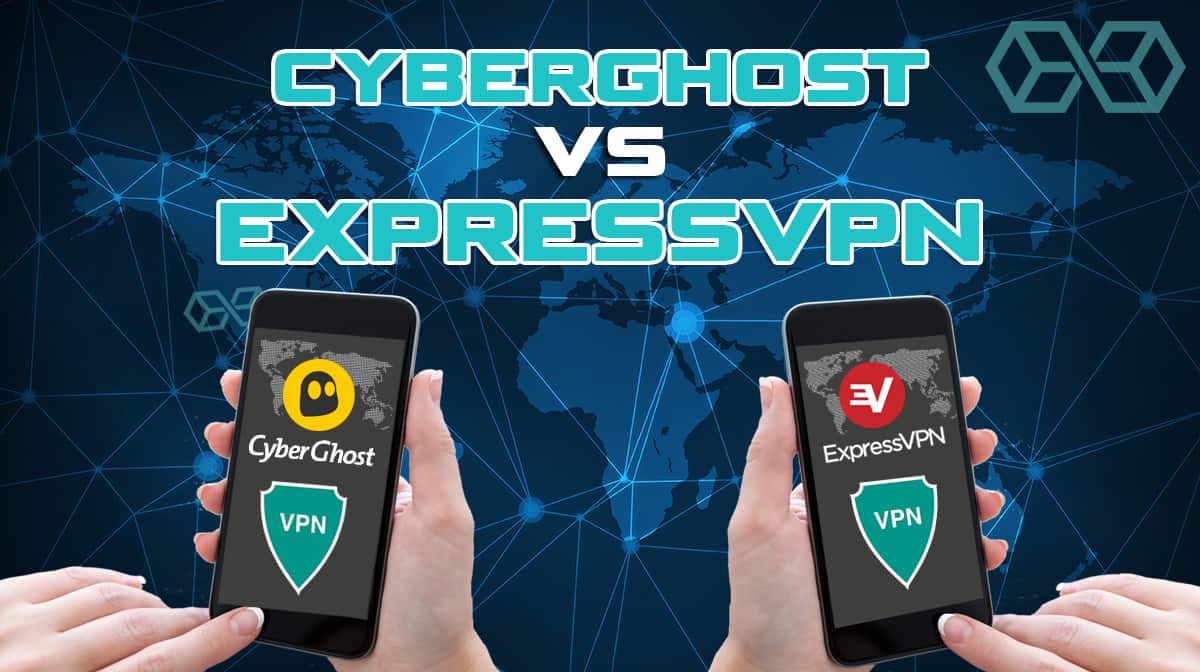 In the VPN world, CyberGhost and ExpressVPN are two of the most popular services on the market. Each VPN host has its own exceptional features and offers so we’ll compare them side by side to see which one reigns supreme, at least in our opinion.

There are many factors to consider when choosing a VPN. You should always look at a VPN’s services and server locations as well as the country that it bases itself in because the data retention laws of countries differ. Pricing and features are also important. The performance and security of the service are critical as well.

Get CyberGhost
Get ExpressVPN

Both of these VPN services cover the necessary essential components of a VPN impeccably. They are large providers and frequently recommended in the internet world. Let’s look at some of the similarities and differences in the features that they offer.

The Israeli company Kape owns CyberGhost, and it bases its main operations in Romania. Romania is known for safeguarding personal privacy, and it is not one of the 5 Eyes, 9 Eyes, or 14 Eyes Alliance.

Kape was formerly known as Crossrider and had a history of developing spyware and malware. Its history may be concerning to some especially considering that CyberGhost is a VPN service.

CyberGhost’s security features are military grade, and they’re leaders in the industry in this aspect. Its no-logs policy, 256-bit encryption, and automatic kill switch make your private browsing experience much more secure.

While many people questioned its safety because of its parent company, CyberGhost has proven that its users’ privacy is of the utmost importance. Its transparency report reinforced its reputation for being a reliable and honest VPN provider.

CyberGhost has an ad blocker but seems incapable of blocking ads on HTTPS sites. It provides fantastic privacy, however. Many people choose CyberGhost because of its magnificent profile-based interface.

CyberGhost also operates in 60 countries with more than 3,500 servers which makes it easy to find a server close to you.

It even includes optimized servers making it a decent VPN for torrenting and streaming Netflix. It’s also compatible with Windows, macOS, iOS, Android, Fire TV, Android TV, Linux, and there are extensions for Chrome and Firefox.

You can read more about this VPN service in our CyberGhost Review. 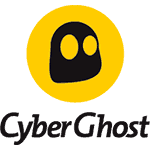 Location is a plus for ExpressVPN since it bases its headquarters in the British Virgin Islands. That government isn’t known for eavesdropping or asking for any information. And ExpressVPN wouldn’t supply the data even if the government asked. Location in this instance adds an extra layer of security.

It has over 3,000 servers spread across more than 160 locations. Most of its servers reside in over 90 countries, but a small percent are virtual servers. A virtual server routes your traffic through a server located in one country but gives it an IP from another.

ExpressVPN is compatible with iOS, macOS, Windows, Linux, Fire TV, and Android. Its interface is also easy to use. You can even pay with Bitcoin on ExpressVPN.

You can read more in our in-depth ExpressVPN review. 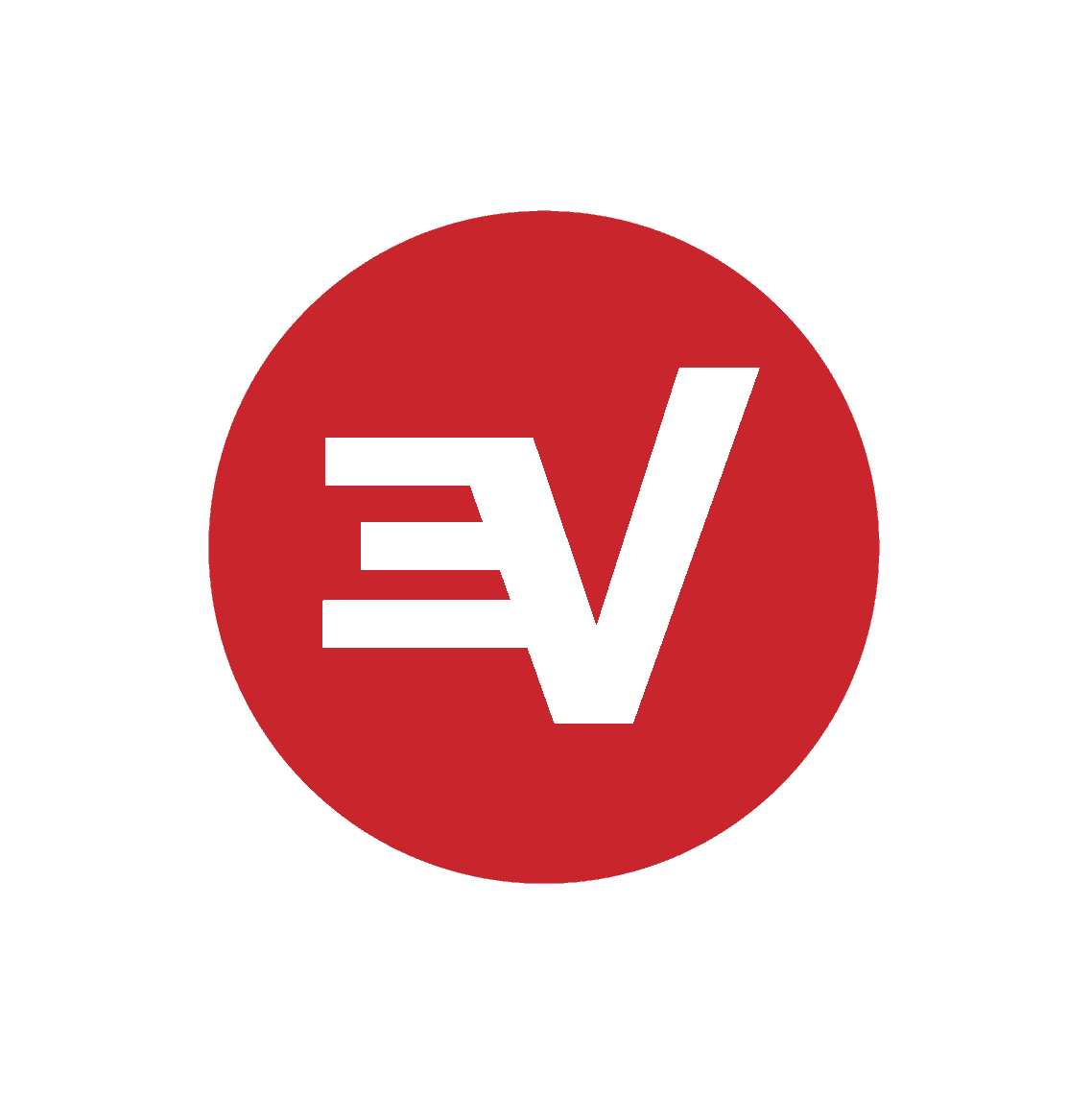 While we mentioned the security and privacy features above, the topic bears more discussion since these aspects are paramount for choosing the best VPN service. ExpressVPN and CyberGhost both use 256-bit military-grade encryption which is impossible to crack.

ExpressVPN service also offers excellent forward security. You can use one of its secure servers to hide your real IP address and location. ExpressVPN’s servers are all compatible with the Tor browser for those who require an extra secure browsing experience or want to access its hidden .onion sites.

This company also lets you manually choose the best protocol, or you can let ExpressVPN automatically pick one for you. This feature enhances the convenience of the service. ExpressVPN also administers its own encrypted, private DNS on each server for faster and safer connections.

CyberGhost has some great security features that protect your identity and conceal your IP address. They promise secure bank transactions and increased safety on public Wi-Fi networks. CyberGhost protects you with its 1-click solution and protects up to 7 devices simultaneously. ExpressVPN only lets you connect 3 devices at once.

Reviewers testing both CyberGhost and ExpressVPN found that the latter had the securest kill switch. It even blocked traffic when the tester changed its DNS settings and switched network interfaces.

Speeds are a significant factor when choosing the right VPN. Speed tests of ExpressVPN illustrated speeds close to those of non-VPN at about 94 Mbps. Some others reported speeds around 52.24 to 66 Mbps depending on their non-VPN speed and what server they connected to.

Users found that ExpressVPN was fast and noted that there was only about a 7 percent decrease in speed. This minor speed reduction is quite remarkable and illustrates why ExpressVPN is one of the most rapid VPN services. Many described it as lightning-fast, and it surpasses most other popular providers by far.

CyberGhost speed tested between 41.1 and 65.2 Mbps depending on the location that users connected to. The company says that speeds won’t fall behind 6 Mbps but with ideal conditions could reach 1Gb. Testers didn’t reach near the highest speed, however.

There are significant factors that play into this equation such as the number of users on one server, quality of infrastructure, wiring, and backbones, and distance to the chosen VPN server.

CyberGhost’s servers outnumber the competition by 10 to 1. This configuration allows users to choose not just a country but a city as well.

Get CyberGhost
Get ExpressVPN

In the end, we chose ExpressVPN. CyberGhost is less expensive in the long run and has a longer money-back guarantee, but the benefits of ExpressVPN’s features, safety, and privacy outweigh this. ExpressVPN has more locations and is extremely fast. While neither company cuts corners on safety and production, ExpressVPN still surpassed CyberGhost in performance.

Also, extensive tests showed that CyberGhost has some concerning problems, unlike ExpressVPN. The ad blocker that didn’t function well severely limited CyberGhost. CyberGhost also claims not to save logs, yet apparently, records are being collected when you use its apps. It’s for these reasons that we chose ExpressVPN. CyberGhost is still a great choice, however.

Expert Take
"Both of these VPN services cover the necessary essential components of a VPN impeccably. They are large providers and frequently recommended in the internet world."
Stuart Davies, Blokt

Get CyberGhost or ExpressVPN