The world of cryptocurrency is filled with acronyms and unique terminology. If you are an investor or a person who is interested in the blockchain concept, understanding this unique language is essential.

Contents hide
1 Wide-Reaching Implications
1.1 Related Articles:
2 What are the Benefits of Dapps?
2.1 Connecting Users Without a Middleman
2.2 Attack Protection
3 Which Common Factors Define Dapps?
4 Will all Apps Become Decentralized?
5 References 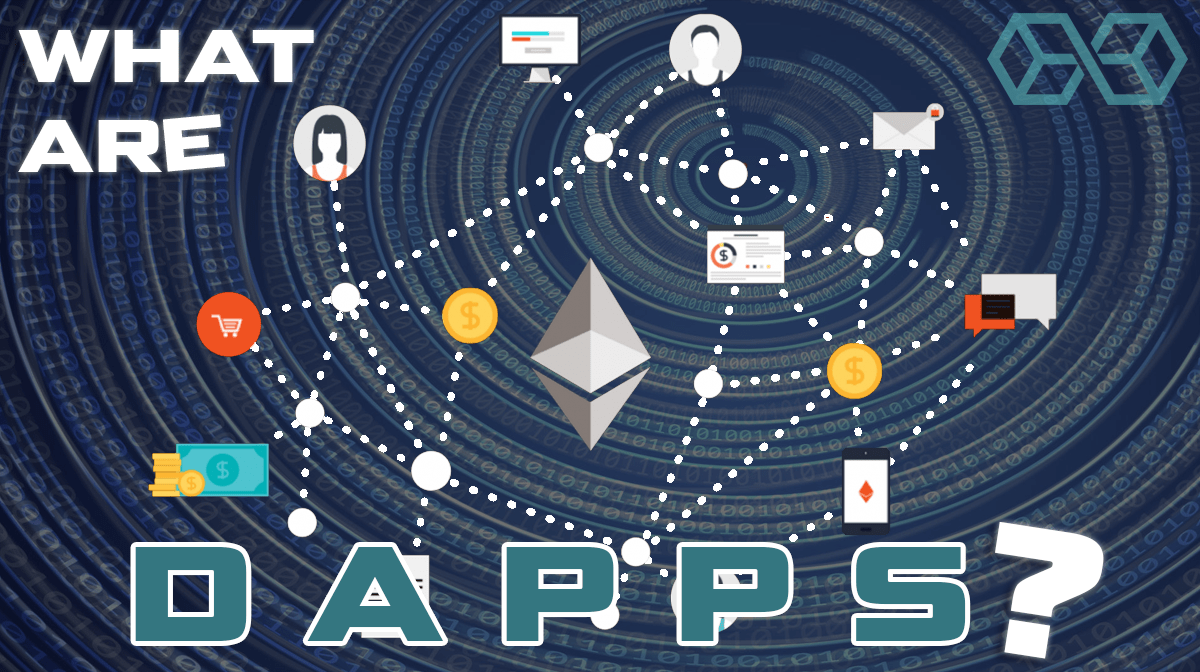 One of the most unusual acronyms in the cryptocurrency world is ‘Dapps,’ short for decentralized applications. An increasing number of decentralized apps are being developed, but what are they exactly, and how do they work?

The importance of the decentralized application goes far beyond the world of cryptocurrency – to the internet itself. The nature of the internet and how it was initially designed means that users do not retain complete control over the information they share when they visit a website.

Many experts consider this fact a fundamental flaw in the design of the internet. Ethereum, one of the most popular blockchain projects in the world, is attempting to correct this inherent flaw.

There are a number of decentralized applications that aren’t based on blockchain technology. BitTorrent, the famous torrenting site recently acquired by TRON, has always been a peer to peer file discovery network with no centralized authority. Likewise, the privacy-preserving browser, Tor, has no centralized organization and instead relies on remote servers to power its infrastructure.

However, the term ‘Dapps’ has now widely come to mean those applications which run on top of blockchain or Web3 technology, rather than just a p2p network.

What are the Benefits of Dapps?

While the centralized applications most commonly used today, either mobile or desktop-based, provide some amazing services – Dapps have the potential to be more efficient, censorship-resistant, and improve trust. Let’s take a closer look at the main benefits of Dapps:

Connecting Users Without a Middleman

Decentralized applications are designed to connect users and service providers, without the need for a middleman. This is a very different concept than traditional applications, which rely on the use of intermediaries to complete transactions and provide trust.

When you use the Uber app on your phone, your information goes to Uber, and the app connects you with available cars in your area. Without the Uber middleman, there is no car and no safe ride home at the end of the night.

Instead, Dapps would empower users and service providers to transact directly with each other, in a process known as disintermediation. This way, users will have access to an immutable record of any transactions on the blockchain and use smart contracts to make sure both sides act honestly.

Research has shown that current applications pose many security risks, principal among which is the fact that they are based on a centralized server. Not only does this increase the likelihood that user data will be exposed to malicious parties, but it also serves as a single point of failure.

For example, one of the most common methods of bringing a service or app down is a ‘distributed denial of service,’ or ‘DDoS‘ attack. In such an attack, hackers flood a website or service with requests until it becomes overloaded. As a result, users are unable to access services. Disruption or downtime for any application will have far-reaching negative effects, including lost users, reputation damage, and financial costs.

Instead, decentralized applications distribute essential components of their infrastructure across multiple nodes on the blockchain, so there is no single point of failure. This makes it intrinsically harder, if not impossible, for hackers to bring down a service.

The Dapp concept is much newer and much harder to define. In fact, there is no one accepted definition of a Dapp, but there are a few common characteristics that all Dapps have in common.

For one thing, all Dapp’s are open source, giving them a higher level of transparency than other, more centralized, applications. Dapp’s are also unique in that they do not have a central point of failure. This makes them more robust and more resistant to hacking and other online dangers.

Therefore, the most important thing to remember about Dapps is that their back-end code, the part which actually powers the Dapp and makes it work, is running on a decentralized network. This could be Ethereum, Tron, Cardano, or any other number of second-generation blockchains that support Dapps.

In contrast, traditional applications would use traditional servers, which are centralized, to run their service. However, the front-end code of a Dapp doesn’t have to be decentralized. It can be written in any language specified by the developers, and interact with the blockchain via ‘calls‘ to the back-end infrastructure. That said, there are plenty of decentralized storage and code repository services, such as Ethereum Swarm, which allow developers to store their front-end code in a decentralized manner.

In 2014, Ethereum creator and founder Vitalik Buterin wrote a blog article explaining the core concepts of a Dapp. Buterin argues that Dapps are not designed to be a fully autonomous agent – as such an entity would be ‘the dream of science fiction‘ – but rather, a more secure way of accessing peer-to-peer apps.

Buterin states that Dapps generally fall into one of two categories:

Therefore, most Dapps fall into one of these above categories. Even systems such as BitTorrent, the original peer-to-peer file-sharing network, requires some oversight of how each peer, or ‘node,’ is operating to maintain the honesty of the system.

Will all Apps Become Decentralized?

Although it’s likely to be a slow process, there are very few applications that wouldn’t stand to benefit from blockchain technology. Most Dapps would still feature a frontend user interface and experience similar to that of traditional centralized applications. Therefore, just as users currently download and use the web and mobile applications without understanding the underlying technology, Dapps will likely begin to proliferate without users even knowing they are based on the blockchain.

The only real difference is that to interface with the blockchain; most Dapps would require users to have a wallet, which stores either their identity data or private keys. Therefore, before the mass adoption of Dapp’s can take place, integrated wallet technology will have to become sufficiently easy to navigate for the average user.

The world of cryptocurrency is known for its decentralized nature, and that decentralization is at the heart of how these unique payment systems work. The decentralization of Ethereum and other cryptocurrencies helps to create a secure, anonymous, and safe form of payment, something that has powerful implications for the future of business, government, and individuals.