If you have been around computers for a while (or watch various detective shows on TV) you probably know that when you “delete” a file or folder in Microsoft Windows, that file or folder isn’t really gone. In most cases, the data from the file is still on the disk drive until another program writes new data into the exact same physical locations as those occupied by the “deleted” file or folder. 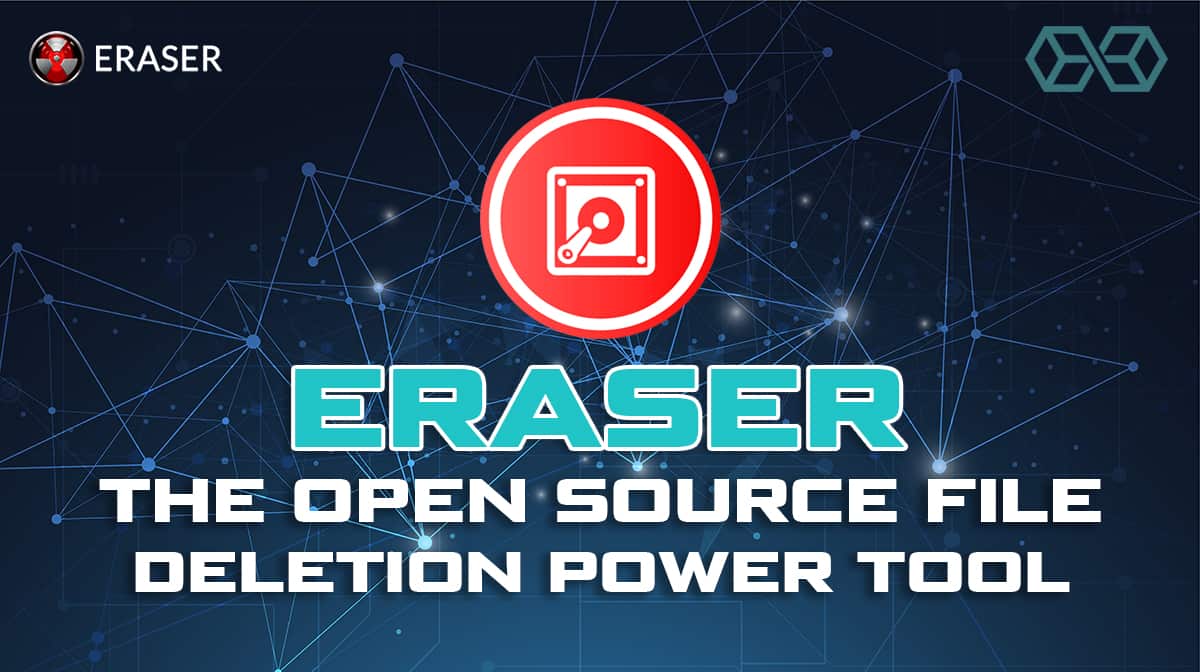 There are several situations where this can be a big problem. For example, if you sell your computer to someone, you really don’t want old “deleted” files on the hard drive. Someone with good tools and bad intentions could easily retrieve copies of many of those files. Bank records, personal photos, who knows what some evil creep could find.

If you want to make sure that stuff you delete on your Windows computer is truly gone and not recoverable, you should check out Eraser.

Eraser is a powerful, free tool for completely erasing sensitive data from your computer’s hard drive or an external drive. Eraser can erase individual files, folders, or entire drives on computers running most versions of Microsoft Windows.

Eraser supports a set of the most popular data sanitization standards. These standards specify how to overwrite data on a disk in such a way to make it difficult or impossible to recover.

The basic idea is simple: overwrite the old data on the disk in such a way that it cannot be recovered. But different organizations have different requirements based on the threats they seek to counter as well as the disk technologies that were prevalent at the time the standard was published. Eraser deals with this problem by supporting a range of standards published by various countries over the last few decades.

Eraser is free software and is published under the GNU General Public License.

The program supports the following languages:

Eraser is a Microsoft Windows-only program. As of May 2, 2019, the latest stable build of the program was:

This version of Eraser supports the following versions of Windows:

Here is a list of the data sanitization standards supported by Eraser. The default option is Gutmann. This default should be fine for most applications, although it is slower than most since it overwrites your data 35 times.

If you go with the defaults, Eraser is pretty easy to use. At the same time, the program gives you lots of options to meet the specific needs of your situation.

Follow these instructions to set up tasks using the defaults.

While the Eraser default setting should be sufficient in most cases, the program gives you lots of options for customization. To customize Eraser, click the Settings icon in the main window.

As you can see, there are quite a lot of options here.

Once you finish adjusting settings, make sure to click the Save Settings button at the top of the dialog box.

You can find more detailed information on using Eraser on this Eraser Help page. In addition to the basics, this page includes detailed how-to’s on activities like erasing the Mozilla Firefox cache, the Recycle Bin, and eliminating all indications that Eraser was ever installed on your computer.

Let’s summarize the pros and cons of Eraser.

If you use Microsoft Windows and care at all about protecting your personal information from prying eyes, you should download and install Eraser.