Launched in 2013, Ethereum is currently the second-highest valued cryptocurrency by market capitalization, second only to Bitcoin in terms of valuation and investment. How does this alternative to Bitcoin work, and what is going on under the hood when you make a transaction? 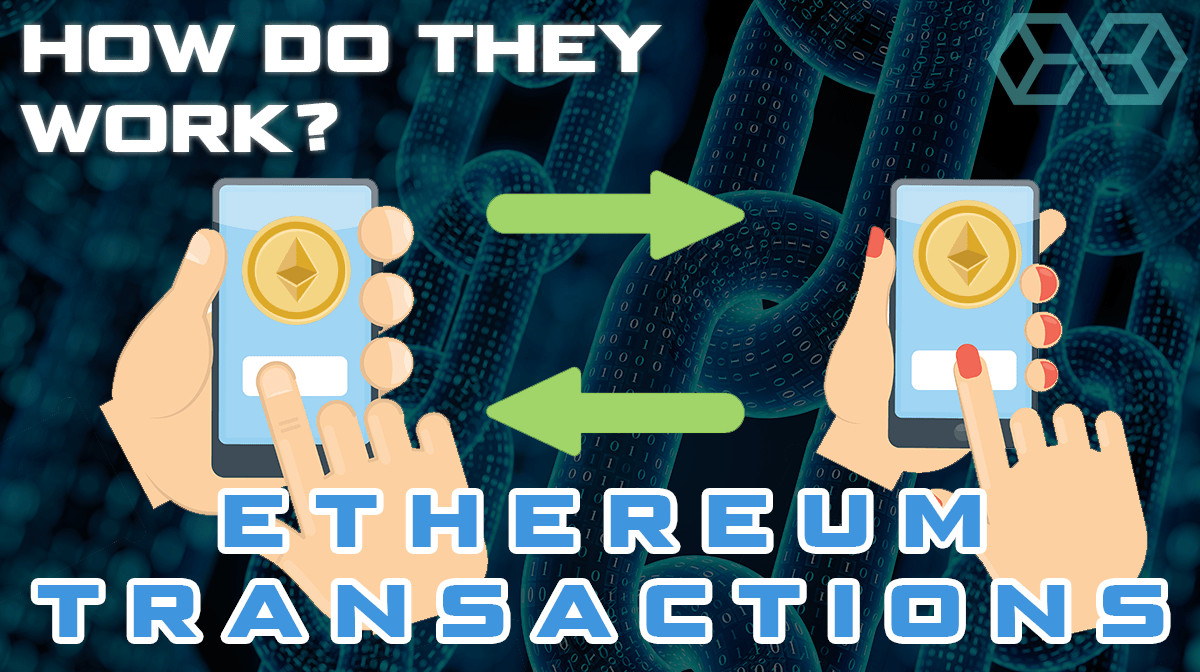 An interesting thing which sets Ethereum apart from the pack is the fact that it has been tweaked to support not only money-style transactions via its settlement layer through the ETH native token but other applications as well.

Unlike other protocols, Ethereum has been completely built from scratch, with an extensive codebase written from the ground up. Completely open-source, any developer can build and deploy decentralized applications (Dapps), or write smart contracts, on the Ethereum blockchain.

The Basics of an Ethereum Transaction

Ethereum transactions can be sent in denominations as low as 18 decimal places; you don’t have to send a full 1 ETH for a transaction to be valid. The ability to send small transactions is useful for Smart Contacts which require micropayments as a part of their functionality.

Ethereum transactions are processed through the Ethereum Virtual Machine (EVM). The EVM mainly executes smart contract interactions, where every time someone interacts with the contract, all nodes are required to agree that the transaction took place. Where Bitcoin miners validate blocks and track ownership of BTC from one wallet to the other, the EVM executes a pre-programmed contract according to the rules of the transaction.

Ethereum is still a record of all past transactions just like Bitcoin, in that all the history of the blockchain is stored and validated through consensus. However, Ethereum’s node operators also record a history of smart contract interactions that have occurred on the Ethereum network.

In each Ethereum transaction, the following components come into play:

The gas limit and gas price are used to calculate the fee, which is given to the miner who validates your transaction. Your wallet or client should adjust the values of these for you automatically. However, it’s also good to know the following information about making Ethereum transactions.

The higher the gas price, the quicker your transaction will be validated and sent. If you’re in a rush, then you should consider setting a higher gas price. Gas is normally denominated in ‘Gwei‘ – which may initially confuse users. Just as Satoshi’s are the smallest unit of denomination of Bitcoin, ‘Gwei’ is the smallest unit of one Ethereum. One Ether is equal to 1,000,000,000 Gwei, so you can imagine that transaction costs on Ethereum are incredibly low!

If you are not in a hurry, you can set a low gas price and pay very little for your transaction. Essentially, the gas limit is the total amount of “processing power” you are willing to let your transaction use. This limit is more useful for ERC20 transfers and smart contracts (discussed later) and can help put an end to a faulty transaction which would otherwise keep eating up gas.

When an Ethereum transaction is sent, it will be verified by miners, and once validated, it will be confirmed. Confirmations on Ethereum usually take around 30 seconds, but this can vary depending on the gas price used in the transaction.

If you are planning on sending an ERC20 token on the Ethereum blockchain, the transaction will behave similarly to an ETH transaction in your client or wallet; you will just need to additionally select the name of the token you wish to transfer. The process behind the scenes will be slightly different.

ERC20 tokens run on smart contracts. These contracts typically require more computational power (gas) to function. The gas limit will likely be more as it will be interacting with a contract.

More recently, with web-integrated wallets – which we’ll examine below – users can interact with Ethereum contracts simply by ‘signing’ a transaction. In this instance, Dapps and Web-3 applications will prompt users to agree to the terms of the contract, without actually specifying an address or generating a transaction manually. These types of contract interactions are common on Ethereum based decentralized exchanges, on-chain games, and other Dapps.

To transact on the Ethereum network, you’ll need to make your own ETH wallet. Although it’s possible to buy and transact Ethereum without a wallet via services like Coinbase and exchanges such as Binance, it’s inadvisable to store your digital assets with a third-party provider.

Instead, it’s better to keep your ETH in a wallet where you control the private keys. So, what are the most popular Ethereum wallets?

MyEtherWallet, often abbreviated to MEW, is one of the most common ways to store ETH. A free client-side interface, MEW makes it easier to transact the with Ethereum blockchain, where users can generate an ETH wallet, store ERC-20 tokens, and interact with smart contracts. MEW is open-source and can be used alongside hardware wallets like Ledger and Trezor, and also allows users to swap their assets easily for fiat currencies.

A browser-based plugin, MetaMask is among the easiest ways to store and use cryptocurrencies. MetaMask can be installed in Opera, Brave, and Chrome browsers, acting as a bridge between the growing decentralized web and your Ethereum funds. Likewise, MetaMask allows interaction with Ethereum Dapps in your browser.

The Atomic Wallet is a popular wallet that stores both ETH and ERC-20 tokens. It also allows direct purchases of Ethereum within the wallet. As the name suggests, Atomic Wallet allows atomic swaps with other crypto’s direct from your wallet interface.

The process of making an Ethereum transaction may seem slightly more complicated than a Bitcoin transaction. However, most of the more complex requirements are handled for you, within your wallet.

The most important things to remember when making an Ethereum transaction are to get the address correct, to store your Ethereum in a wallet you control, and to double-check how much gas you’re spending on each transaction. Addresses are particularly important as if you give out the wrong address to receive funds, or you enter an incorrect address to send them, that ETH will be irrevocably lost.

Likewise, if you’re sending a large amount of ETH to a cold wallet or to a place you know you’re not going to access or use for a long time, does it matter if it takes a few hours to arrive? If not, consider saving yourself money and setting a lower gas price.

Making a transaction on Ethereum is very simple once you know what to do. Remember to secure your cryptocurrency by keeping your private keys safe and double-check the receiving address when making a transaction and you’ll be covered.