In addition to being an investment opportunity, Ethereum is a platform that enables what has come to be known as “web 3.0”.  “Web 2.0” (the internet as we know it) is based on centralized servers; to have access to the internet and most of the services therein, we have to rely on third-party servers. These servers charge us fees and collect our data (often against our will). 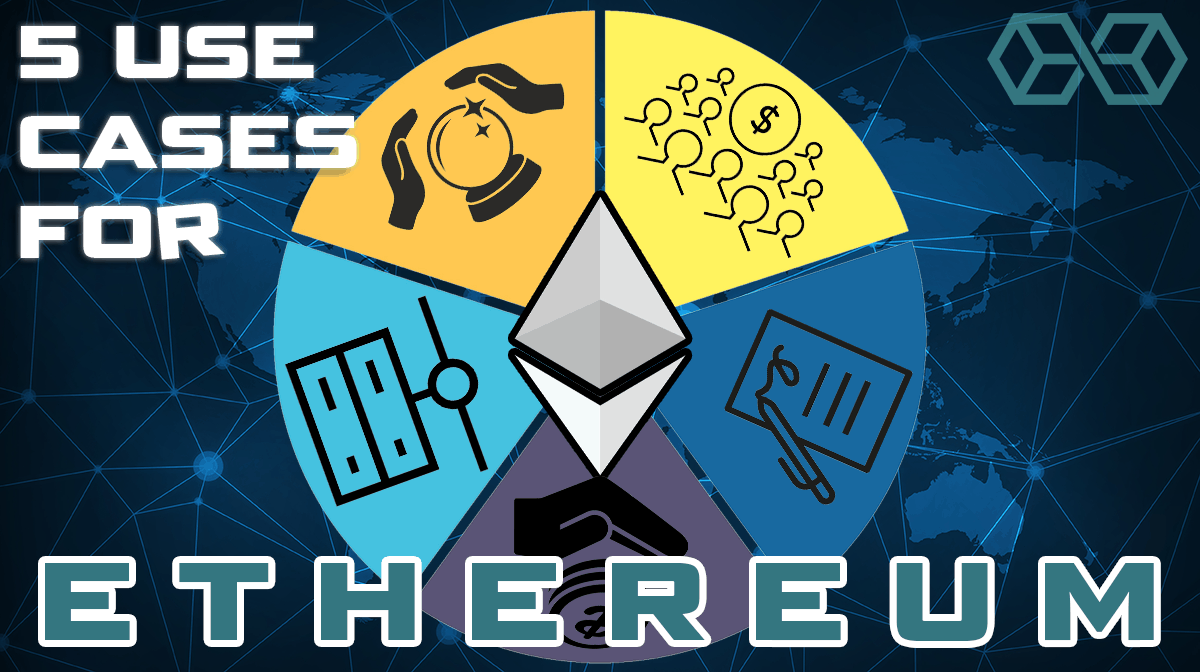 With Ethereum, there are no centralized servers. Instead, Ethereum runs on blockchain technology, a kind of distributed ledger technology that is upheld by a network of thousands of different computers, called “nodes.” In exchange for performing the duties that secure the network and verify the transactions that take place on it, the nodes receive rewards in the form of ETH tokens.

Ethereum was the first cryptocurrency that was built to function primarily as a settlement layer. This means that it was designed as a platform for other things to be developed on. In contrast, Bitcoin was designed initially to transact as a form of “digital cash” (though, over time, Bitcoin has become more of a settlement layer itself).

One aspect of Ethereum’s suitability as a settlement layer is its capability for creating and executing smart contracts.

What are Smart Contracts? How Ethereum Works

Ethereum’s smart contracts have been famously explained by Nick Szabo as being similar to a vending machine.

When you use a vending machine, you put money in, press a button, and receive your candy. It’s all automated; there is no third-party that needs to come and make sure that you inserted your coin or unlock the door to give the candy to you.

Smart contracts operate similarly, except they usually have nothing to do with candy; instead, they can be applied to tons of different scenarios across different industries. Smart contracts can take the “middle man” out of a variety of legal and financial services.

For example, Harriet is buying a home to move into immediately and needs to set up a mortgage contract with the seller. In today’s world, she must go to a bank or use another third-party service to draw up the contract. The third-party charges fees and the process takes a while–time and money that Harriet doesn’t have.

Using a smart contract, a legal mortgage contract could be set up without involving any third party. The loan’s data would be stored on the blockchain, and anytime that the borrower missed a payment, the keys to the loan’s collateral would be automatically revoked.

Why Are Smart Contracts So Secure?

Smart contracts are so secure because they exist on Ethereum’s blockchain, which is a public ledger that is virtually impossible to tamper with. Additionally, for any of the conditions listed on a smart contract to change, all parties in the contract must agree to the changes.

The blockchain acts as the “third-party” that holds the contract. Because the blockchain is a distributed ledger (in other words, it is decentralized; it is not stored in one place or by any private entity), there is no risk of data being lost because a centralized server has been compromised.

It seems that every few years, we hear that a bank’s data storage has been hacked, and the personal information of thousands of customers has been stolen. The decentralized nature of blockchain technology (and Ethereum) makes this practically impossible.

So, Ethereum can be (and is) used as a platform for developing “dapps,” another name for “decentralized apps.” There are a variety of benefits of using dapps as opposed to traditional applications, including:

Ethereum in the Real World: 5 Use Cases

Prediction markets are platforms that reward users for making predictions about specific events. Take an election, for example; users try their best to predict what the outcome of the election will be.

Users who participate get some compensation for their entry, but those who chose correctly will receive an extra reward. Prediction markets can be used for e-governance, for stock value evaluation, and tons of other things that have not yet been conceptualized.

Augur and Gnosis are currently the two most popular Ethereum-based prediction markets.

Currently, web hosting is the business of private servers. A website’s owners must pay fees to the server’s owner, and if the server is somehow compromised, the site suffers. Using Ethereum, web hosting could become a decentralized, network-based business. In other words, a website would be hosted by the entire Ethereum network, making it virtually impossible to take down or tamper with.

Because the Ethereum blockchain is immutable and impossible to tamper with or destroy, it can safely host a variety of legal documents, including certificates and contracts.

Apps like Branche and ICONOMI are being developed almost daily to provide users with easy access to a variety of financial services hosted on Ethereum’s blockchain. The beauty of the blockchain is that all of the transactions that happen on it happen with complete transparency; it’s impossible to fake a transaction on Ethereum.

There’s Many More Use Cases Underway

The truth is that Ethereum’s potential is still largely untapped. Smart contracts do have the potential to take much of the friction out of financial services, payment systems, companies, and even governments, but the technology is still so new that it is only just beginning to be adopted.

The team behind Ethereum has provided tons of resources for developers. They realize that the adoption of Ethereum into the mainstream financial and business worlds is a win for all–users and investors alike.

If you are curious about the fantastic things that are happening in the Ethereum world, don’t miss a beat and head over to our Ethereum Guides section. Have you had any experiences with Ethereum-based dapps? What did you think? Post a comment below–our community would love to hear from you!