The Ledger Blue hardware wallet is an enterprise-grade device produced by French manufacturer Ledger; a specialist crypto security company established in 2014. Founded by cryptographic and tech security experts, Ledger has over 130 employees and has sold 1.5 million hardware wallets to date.

As you might expect, as one of the most premium hardware wallets available, the Ledger Blue doesn’t come cheap. In fact, it’s one of the most expensive devices on the market, six times the price of the Ledger Nano S, which has left some cryptocurrency users skeptical about its value for money.

In this Ledger Blue review, we will examine the tech behind the Ledger Blue device, it’s pros and cons, and most importantly, whether it’s worth splashing out on.

Note: For all the ETH holders out there, you can also check out our guide to the best Ethereum wallets, where the Ledger product range also features.

The Ledger Blue is large – one of the largest devices on the market, and more closely resembles a smartphone than a hardware wallet. Made from a Zamak metal alloy frame, with a plastic tactile back, and a full glass screen on the front, the Ledger Blue is an eye-catching device which fits nicely in hand. It’s clearly built using high-quality materials, giving an overall premium feel to the device.

However, the bezel around the screen is disappointingly large, and there’s definitely room to expand the interface to give a more modern experience.

The Ledger Blue comes in compact packaging, and users may notice that unlike other hardware wallet manufacturers which provide tamper-proof packaging, Ledger packaging comes free from physical tamper-proofing stickers. There’s a good reason for this, which we’ll explore later, and it’s because Ledger uses a secure chip in its hardware wallets.

In the box, users will find their Ledger Blue on top, with accessories underneath, including a recovery phrase sheet, a micro USB cable, and a well-made carry case to keep the device protected.

However, compared to hardware wallets such as the KeepKey, which provides users with a quality woven USB cable, or the Trezor Model-T which comes with a magnetic docking station, the Ledger Blue is relatively simple despite its high ticket price.

Note: For more details on the Model-T, check out our in-depth Trezor Model-T Review.

Ledger has excelled itself when it comes to coin support, with over 1,180 supported assets, and overall the Ledger Blue is no different, supporting 30 cryptos which run on their own chains, alongside all the ERC-20 tokens.

That said, some assets are missing from the Ledger Blue which are supported by its cheaper counterpart, the Ledger Nano S.

Specifically, here are some of the major market cap coins which aren’t supported by the Ledger Blue, but are supported on the Ledger Nano S:

The lack of support for coins with such huge communities may explain why the Ledger Nano S has sold over 1.4 million units, compared to just 10,000 for the Ledger Blue.
Pick up a Ledger Blue 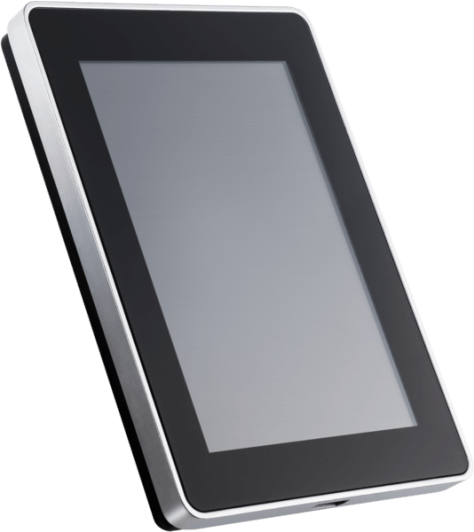 Like Ledger’s other hardware wallets, the Ledger Blue is based around a secure element chip, alongside Ledger’s proprietary BOLOS hardware architecture, which offers bank-grade security for your cryptographic assets. The secure chip prevents tampering, and if the device has been modified before use, the user will be alerted on set-up.

Before any transaction can be processed, the Ledger Blue requires user’s manual consent to authenticate the transaction. Consent is given via the Ledger Blue device, and private keys or other sensitive data are never exposed to the computer your device is connected to.

Unlike other manufacturers, Ledger doesn’t release open-source code for its devices. However, the code for individual asset apps is open-source and available on its GitHub.

Set-up and First-time Use

As with all Ledger products, the team has done a great job of usability and simplicity, and the Ledger Blue’s screen makes the set-up process even easier to complete. New users will download the Ledger Live platform, which serves as a plug-and-play interface for setting up, sending and receiving assets on any Ledger device. Likewise, users can set up apps for new assets through Ledger Live.

To send crypto assets, users use the Ledger Live platform to launch the app for their respective asset and then launch the corresponding app on their Ledger Blue device. Users can then fill in the required fields (i.e., amount, recipient address, fees), and hit ‘send.’ The Ledger Blue will then ask users to confirm the transaction before they continue.

To receive assets to the Ledger Blue, the process is virtually the same in reverse, and the Ledger Live platform guides users through the process.

So, should you buy the Ledger Blue hardware wallet?

There’s no doubt that this is a striking piece of technology. As easy to use as a smartphone, with all of Ledger’s tried-and-tested security features, including their unique secure chip technology, the Ledger Blue scores highly in cryptographic security and ease of access.

Considering how much time the average user will spend interacting with their hardware wallet on a daily basis, there is a tradeoff to be made between price and utility with the Ledger Blue.

If you’re a frequent user, for example, a high volume trader who likes to keep custody of their private keys in cold storage between trades, then the Ledger Blue makes the entire process of transacting cryptocurrencies quicker and easier than most other hardware wallets on the market – very helpful when time is of the essence.

For the average crypto holder, who simply wants custody over their private keys while they hold for a few months or years, the Ledger Nano S would suffice, and at just one-sixth of the cost of the Ledger Blue.

Overall, the Ledger Blue is a fantastic device which really shows what hardware wallets are capable of. That said, users should ask themselves what they need the device for, and if it’s just casual use, this wallet is likely a prohibitively expensive option – which could be why the Ledger Blue has sold far fewer units than the Ledger Nano S.

Additionally, with the Ledger Nano X now on sale, featuring a bigger screen and fast Bluetooth connectivity at under half the price of the Ledger Blue ($119), many will opt for this latest state-of-the-art device.

In terms of value for money, users will find the Ledger Nano S more than adequate for almost all scenarios, and for this reason for standard users, we’d ultimately recommend against buying the Ledger Blue.

Expert Take
"As you might expect, as one of the most premium hardware wallets available, the Ledger Blue doesn’t come cheap. In fact, it’s one of the most expensive devices on the market, six times the price of the Ledger Nano S, which has left some cryptocurrency users skeptical about its value for money."
Elliot Hill, Blokt

Pick up a Ledger Blue