Very few blockchains are as synonymous with the cryptocurrency revolution as Ethereum. Ethereum has quickly emerged as the leading platform for decentralized applications (Dapps), and its native currency Ether (ETH) is the world’s no. 2 digital currency by market cap. 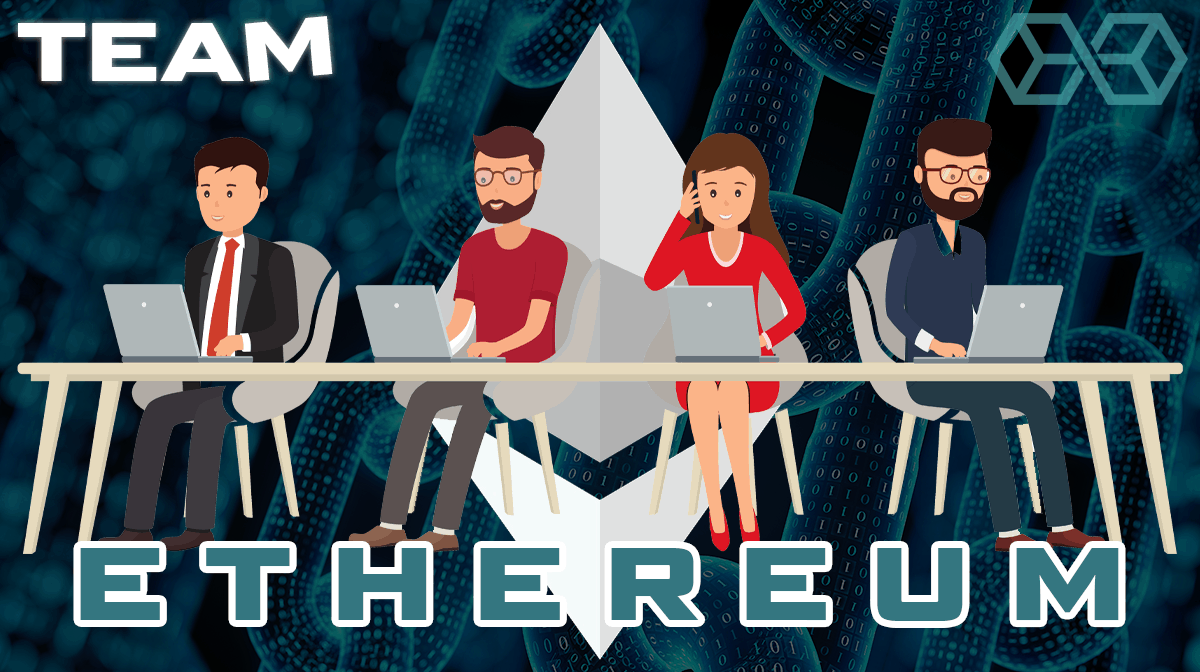 However, the Ethereum blockchain hasn’t been made in isolation, or via any one company or individual. Instead, as an open-source and distributed project, the Ethereum protocol has been built upon and added to by a huge number of parties.

These parties have all converged on the Ethereum platform to take advantage of its superior technical specifications and smart contract capability, with many of them building open-source solutions upon the Ethereum blockchain for all to use.

It’s difficult to grasp the full history and concept of Ethereum without first examining its enigmatic and young creator, Vitalik Buterin. One of the most famous figures in the blockchain industry, Buterin is the true founding genius behind the Ethereum project.

While Buterin isn’t the only brainy blockchain developer who has made Ethereum into the protocol it is today; he’s undoubtedly the most well known. So, why is he widely credited as being a genius?

Blockchain technology first piqued Buterin’s interest in 2011, as he marveled at the potential of Bitcoin for decentralization. That same year, he co-founded Bitcoin Magazine, before which he has stated that he penned articles in exchange for Bitcoin, at roughly $3.50 per article. It would be another two and a half years before he published the Ethereum whitepaper in November 2013 – at the age of just nineteen.

Of joint Russian and Canadian parentage, Buterin’s father was also a computer scientist and was responsible for introducing him to Bitcoin. Buterin briefly attended the University of Waterloo, in Canada, before leaving to pursue his calling in blockchain.

Buterin is now most likely one of the most wealthy figures in the cryptocurrency space due to his early involvement in Ethereum. However, it’s incredibly obvious that Buterin isn’t driven by material reward, and instead devotes himself nobly to the advancement of blockchain technology.

The Development of Ethereum

The Ethereum network is still in its infancy, with Vitalik and the rest of the team working hard to implement a more advanced version of the protocol. The Ethereum system went live on July 30, 2015, and experienced its first fork in October of the following year.

In 2017, the Ethereum team joined forces with blockchain startups, research groups, and Fortune 500 companies to create the Enterprise Ethereum Alliance (EEA). The EEA, which aims to define new business avenues for Ethereum, boasts some of the world’s leading companies. They include:

As an open-source, public blockchain, Ethereum welcomes contributors from various backgrounds. However, that hasn’t prevented Buterin from retaining a small team to serve on the Ethereum Foundation. Below are their introductions.

The Ethereum Foundation supports the Ethereum project through research, development, and education. Combined, these efforts provide developers with the decentralized tools and resources needed to “build a more globally accessible, more free and more trustworthy Internet.” Various founding members of the Ethereum Foundation have described it as a way to ensure Ethereum infrastructure works fairly, much as ICANN does for the internet.

Ming Chan serves as Executive Director to the Ethereum Foundation, where she is helping see through the next phase of blockchain development. She studied Computer Science and Media Arts & Science at the prestigious Massachusetts Institute of Technology (MIT). Before joining the Foundation, she served in senior roles in education, government, and the private sector. She has a background in enterprise IT, management consulting and startups, and has worked successfully with various stakeholders in getting projects off the ground.

Jeffrey Wilcke is one of the founders of Ethereum, having successfully implemented the system in 2015 using the Go programming language. He has been the project’s head developer ever since. Jeff was at the helm when the Ethereum system first launched in 2015. He has a strong technical background and is a keen developer with interest in various programming languages. He studied at HKU in the Netherlands.

Jeff is based in Amsterdam, Netherlands.

In addition to founding Ethereum, Vitalik currently serves in the capacity of the Foundation Council. He leads Ethereum’s research team in pursuit of future versions of the blockchain’s protocol. Vitalik appears to be splitting his time between Canada and Switzerland at the moment.

Other Notable Figures in the Ethereum Project

Several other high-profile figures have been instrumental in the original creation and proliferation of the Ethereum protocol, who have either left to work on other projects which support Ethereum or in some cases, launched competitor projects.

Canadian born Joe Lubin is a cryptocurrency entrepreneur and early supporter of Ethereum. Acting as CEO of Ethereum Switzerland, a company formed to forward the interests of Ethereum, Lubin promoted the use of smart contracts. Lubin was then somewhat involved in the creation of the Ethereum Foundation, and later founded ConsenSys in 2015 – a blockchain production studio and incubator aimed at increasing the number of Dapps on Ethereum.

Charles Hoskinson is a mathematician and developer who joined the blockchain space in early 2013 when he started an online Bitcoin educational resource. After meeting Vitalik Buterin online, Hoskinson became one of eight Ethereum co-founders. Charles left the project shortly after, as he wanted to accept venture capital, where other founders didn’t. Hoskinson later founded top-10 cryptocurrency Cardano through his development company IOHK.

Also a co-founder of IOHK, Jeremy Wood was involved in the early management of Ethereum operations, leaving roughly around the same time as Charles Hoskinson. Jeremy wood is now heading operations at IOHK and working on the Cardano protocol.

The Future of Ethereum

The Ethereum network extends far beyond these individuals to include a capable community of blockchain developers, advisors, and investors. Together, they have developed the platform of choice for a large and growing segment of the blockchain market. It is up to the Foundation to continue steering them in the right direction.

So, what’s next for Ethereum? A huge part of the growth of the Ethereum ecosystem will come from the proliferation of decentralized applications, or ‘Dapps,’ which are built on the network. These applications not only promote the use of the Ethereum blockchain, but they also increase the usage of the ETH token.

Additionally, Ethereum has a number of future development goals which users should be aware of. The Ethereum Foundation has committed US$30 million towards projects building on Ethereum, with a further US$19 million going towards the development of Ethereum initiatives such as ETH 2.0, state channels, smart-contract specific languages, and Plasma.

A number of Ethereum competitors have been developed, namely EOS, Tron, and more recently, Cardano. However, Ethereum has not only the first-mover advantage but also the foundation has committed a huge amount of funds and developer manpower into making the Ethereum protocol the leading blockchain of choice for a huge range of use cases.

Visit our Ethereum section to stay informed about all the latest developments in the world of blockchain.