Bitcoin is steadily making progress towards mainstream adoption. Aside from the many online retailers already accepting the leading digital currency, there have even been rumors that online retail giant Amazon could start accepting it as payment in the future. 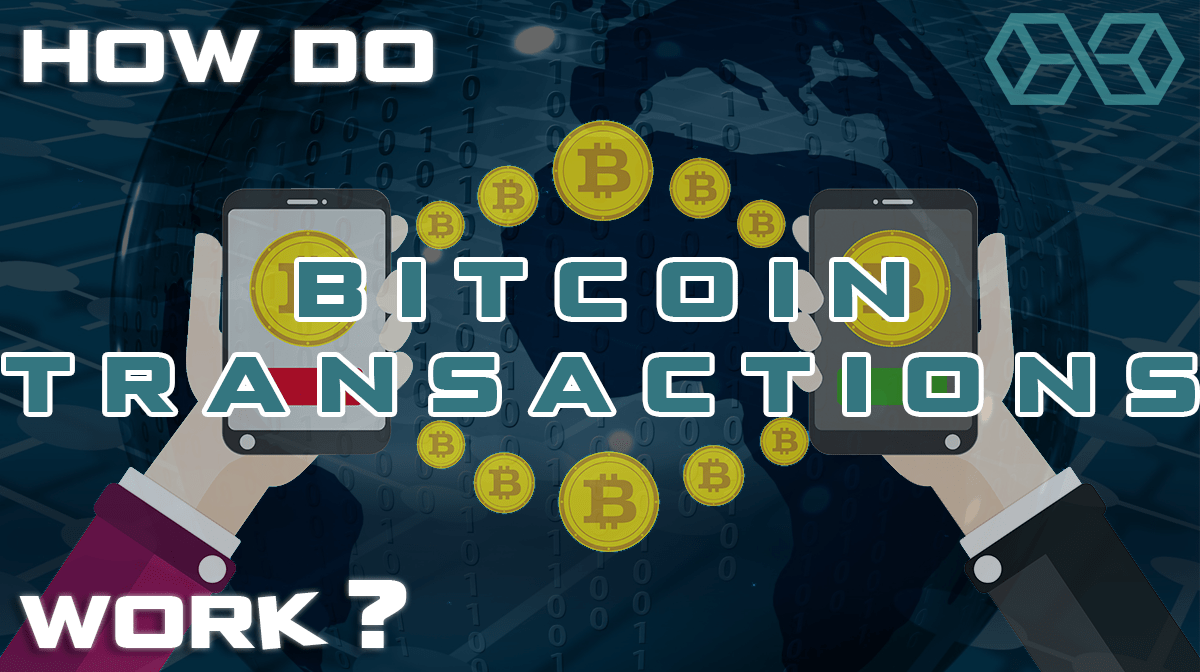 Bitcoin transactions revolve around two essential concepts: addresses and private keys. Addresses are public, and their balances are recorded and visible on the blockchain for everyone to see. However, the owner of the address keeps their private key secret so that only they can spend the balance in the address.

It is worth mentioning here that an address does not actually contain any Bitcoin itself – merely the record of balance transactions to and from that address. And via the records of transactions, you can trace back to the block where the original Bitcoin was mined. The nature of the Bitcoin blockchain is that every transaction has been recorded since its creation.

Likewise, although for ease of understanding wallets frequently claim to protect your funds, they don’t actually store any funds in them. Rather, Bitcoin wallets store a snapshot of your address, which you access using a key – your private key – which only you have access to.

Of course, Bitcoins are now worth thousands of dollars each, so they don’t need to be sent in their entirety. Therefore, Bitcoin is divisible and can be split for smaller transactions. In fact, micropayments were one of the earliest novel use cases designed for Bitcoin. Each Bitcoin is divisible to 8 decimal places, with the smallest denomination of Bitcoin being a ‘Satoshi‘ – named after Bitcoin’s mysterious creator Satoshi Nakamoto.

The Components of a Bitcoin Transaction

Transactions on the Bitcoin blockchain are a transfer of value between two or more Bitcoin wallets. These transactions, once completed, are incorporated into the blockchain as an immutable record of that transaction.

Each Bitcoin wallet, some of which we’ll examine later, keeps a secret piece of data which is referred to as a ‘private key’ or ‘seed phrase.’ This key is used to sign transactions that the owner of the wallet makes, generating a mathematical proof that the owner authorized that transaction.

The transactions ‘signature’ means that once the transaction has been issued on the Bitcoin blockchain, it is not possible for it to be altered or reversed by any other parties.  Transactions are then ‘broadcasted’ to the Bitcoin network, where they are confirmed by miners. Each block takes around 10 to 20 minutes to confirm, after which it is immutably ‘written’ onto the blockchain.

The basic concepts involved in these transactions are inputs, amounts, outputs, addresses, and private keys. The input is the original source of the funds that the sender has (so, if I’m sending funds to you, the input is where I actually got them from). The amount is the sum to be sent, and the output is the address to send them to. As mentioned, the private key should only be known to the owner of the Bitcoin – while wallet balances are freely visible, there is no way to spend that balance without the private key.

This confirmation process normally takes around 10 minutes, which is roughly the amount of time it takes to mine a new block. Transactions should contain a fee for the miners, the higher a fee is set, the faster the transaction will get confirmation.

Mining is the process by which transactions are validated on the Bitcoin network. A type of distributed consensus system, mining confirms pending transactions on the blockchain and ensures that transactions are processed in chronological order on the network.

As transactions are mined and processed in chronological and linear order, it allows each node on the network to agree, or reach ‘consensus,’ on the state of the entire Bitcoin network.

Essentially, mining enforces the cryptographic rules which underpin the entire blockchain network. Additionally, by enforcing these rules, previous blocks on the network cannot be modified without invalidating the entire blockchain. This is why some other blockchains occasionally hard fork and split into two chains – because the history of the chain cannot be destroyed, it’s easier to make a new blockchain fork.

To safely transact Bitcoin, users must have a secure and trusted BTC wallet. Funds stored on exchanges and wallets not controlled by users aren’t a safe way to store Bitcoin in the long term. Below are two of the most trusted wallets available for users’ funds, both a hardware wallet and a software wallet.

A software wallet, Electrum is available for Windows, Mac, Linux, and even mobile users on Android. Electrum is easy to download, and users can get started very quickly. Electrum has multi-signature capabilities, allows instant blockchain transactions, and decentralized servers which ensure the wallet never loses service.

It’s worth mentioning that when you create a Bitcoin wallet, you will be provided with a mnemonic phrase or a ‘seed phrase.’ This is integral to the safety of your wallet. If you lose it, thieves could gain access to your account. This phrase is a series of completely random words, usually 12 or 24, which restores access to your account in the event that you are locked out.

Easier than it Looks

This process might seem like it has a lot of moving parts, but in practice, it is fairly straightforward. All you need to be aware of is that you need to keep your private key safe, make sure to include an appropriate miner’s fee, leave enough in the address to cover this fee and allow for enough time for the transaction to process. Keep this in mind, and you’ve got the basics covered.

In truth, it’s never been easier to buy and transact Bitcoin. There are multiple exchanges where users can buy BTC directly with fiat, and many of these platforms make it almost impossible to incorrectly process a transaction. Likewise, the number of custody options on the market provides free and easy ways to store your Bitcoins without much technical knowledge securely.

That being said, whenever you send Bitcoin – or any cryptocurrency for that matter – always make sure you double-check the destination address. An incorrect address, even one letter or number, will result in your funds being lost.

If you have a question about specific wallets or transactions, feel free to ask in the comments below.