The blockchain-based currency known as Bitcoin has been around for just eight short years. That is less time than the iPhone, which made its debut a full decade ago. In this relatively short period, Bitcoin has garnered worldwide attention, from investment bankers who claim it is a fraud, to cybercriminals who have used it to amass vast fortunes, and to early adopters who have seen their holdings swell in value. 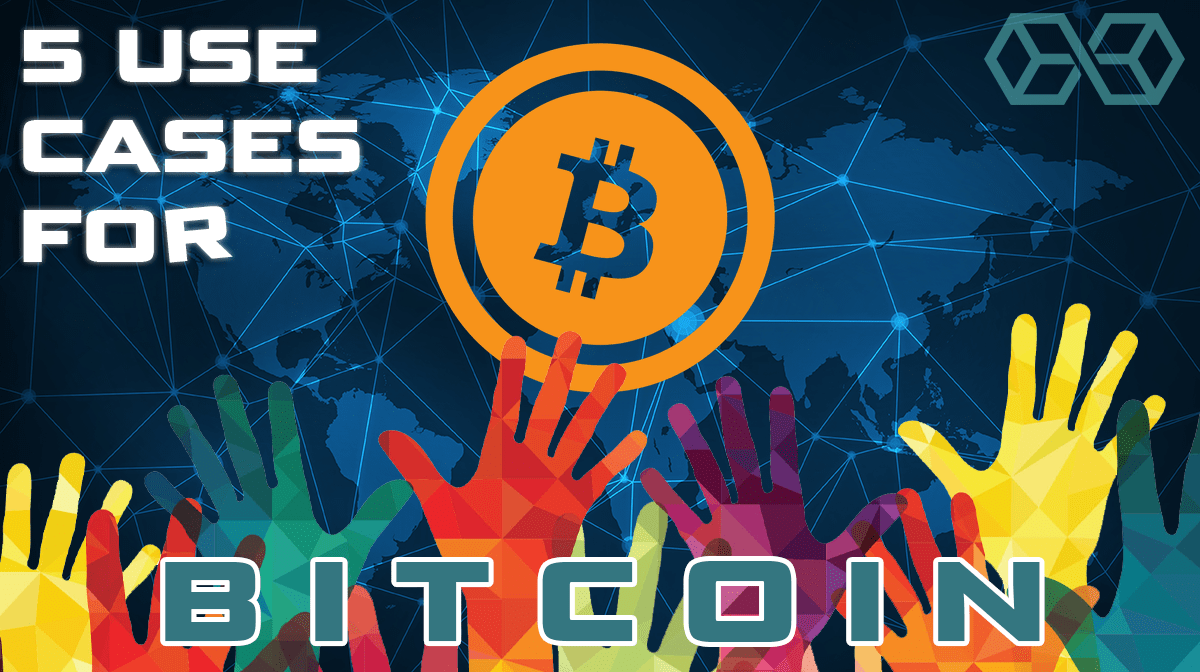 Bitcoin has created a whole new class of millionaire, and a whole new way of doing business. At the same time, many people still doubt the long-term value proposition of Bitcoin and other cryptocurrencies.

So what are the real-world implications of Bitcoin, and how are the cryptocurrency and the blockchain that backs it up changing things in the everyday lives of real people? Here are a few concrete examples of how Bitcoin is being used eight years after its creation.

The volatility of Bitcoin is the stuff of legend, and it is enough to make even a stock market veteran blush. Bitcoin may be hovering near its all-time highs, but it has been anything but a straight climb up the ladder. Bitcoin routinely drops or rises by hundreds of dollars in a single day, paving the way for day traders and speculators to make a fortune.

Take, for example, its run-up from the low-to-mid hundreds of dollars into the mid-thousands by the latter end of 2017. Such increases in value are virtually unheard of in traditional securities and equities markets, and even foreign exchange traders would have to trade incredibly well to enjoy similar gains.

Those who can accurately predict the short-term moves of the Bitcoin market can make enormous amounts of money, banking high returns, and using their profits to speculate even more. Of course, this cuts both ways, and losses can quickly add up as a result of bad decision making.

While some see Bitcoin as a short-term trading vehicle and a chance to speculate, others see the popular cryptocurrency as a long-term investment. Those who got in early and dared to stay the course have been handsomely rewarded. Bitcoin has racked up a return in excess of 50,000%, a feat no other investment has been able to match.

Of course, only time will tell if Bitcoin is genuinely the investment of a lifetime or just the latest in a long list of bubbles that eventually burst. If Bitcoin turns out to be a bubble, as many in the financial world claim, those enormous profits could disappear overnight. On the other hand, the price increases could continue, making Bitcoin a solid long-term investment, albeit an extremely volatile one.

However, that’s not stopping a whole host of retail and institutional investors alike from adding Bitcoin to their portfolios. As a result, the relatively young digital asset is beginning to be referred to as ‘digital gold.’

The online gambling world has been seeing more and more legislation in recent months. Many US nationals and residents in European countries are banned from gambling online. The crypto-gambling industry benefits from this, as many users turn to crypto-based casinos and gaming sites. Some traditional online casinos have also integrated Bitcoin deposits and withdrawals although their users are still subject to their local legislation. 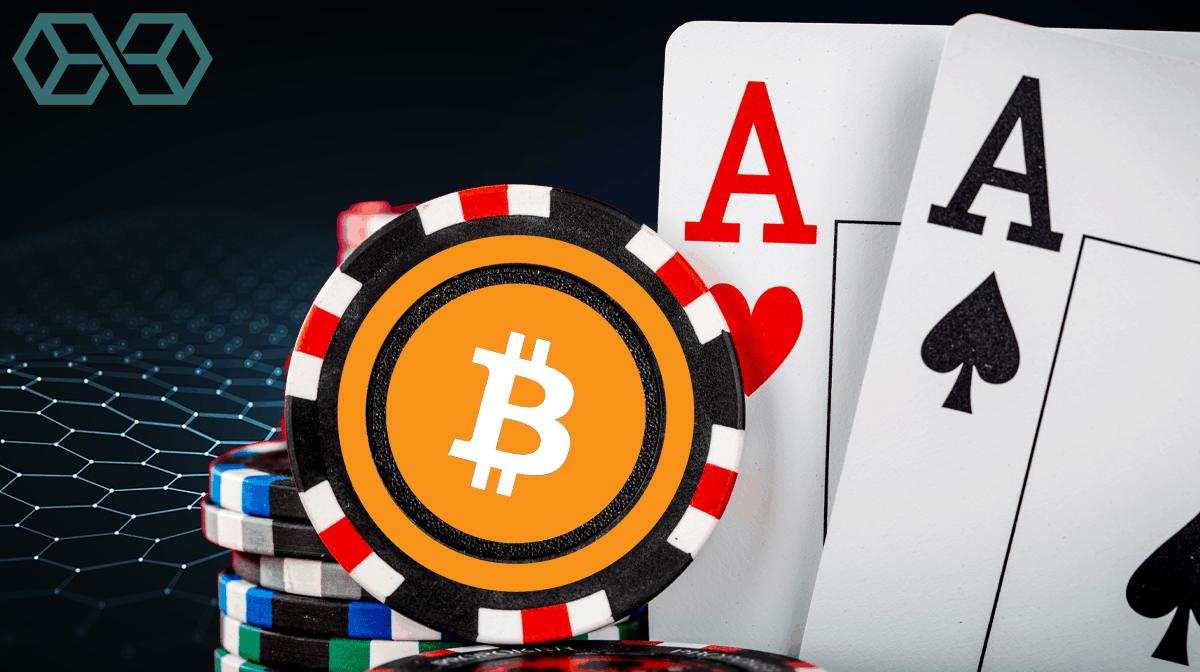 Many crypto casinos have also emerged to fill this new industry. Many of these casinos offer an identical player experience to a regular online casino, albeit with the settlement of user’s winnings done and verified on the blockchain – where games are provably fair, and all payouts are fully traceable.

A Semi-Anonymous Form of Payment

The market has long sought an anonymous form of payment, and there have been many earlier attempts. But it was Bitcoin that finally caught on, promising anonymity, security, and traceability for every transaction and every user.

Although many users see it as a taint on Bitcoin’s image, Bitcoin is still used for Darknet market purchases. Silk Road provided the platform for the first real use case for Bitcoin, with millions of dollars worth of anonymized transactions occurring on the site month to month. Since the demise of Silk Road, many new darknet markets have popped up, all accepting Bitcoin as a payment method.

The anonymity of the Bitcoin payment system has long been one of its hallmarks, and it remains one of the most significant benefits of cryptocurrency. The recent takedown of a large dark web drug supplier illustrated the nefarious uses to which Bitcoin could be put, but there are plenty of legitimate ways to use the cryptocurrency as well.

In just eight short years, Bitcoin has become a popular form of payment for merchants around the world, so much so that some of them are now offering significant discounts to buyers who use the popular cryptocurrency. Apps like Purse.io and Foldapp are making it easier than ever for people to spend their Bitcoins.

As the adoption of Bitcoin becomes more widespread, shoppers can expect these discount offers to become more frequent and more generous. Some merchants will use these incentives to gain new customers, while others will use them to reward long-time customers. No matter how they are used, the presence of these shopping discounts is one of the biggest real-world benefits Bitcoin has to offer.

Future Use Cases for Bitcoin

In 2016, the Bitcoin Lightning Network was announced. This ‘layer-2‘ technology would enable Bitcoin to be sent and received far faster than currently possible, greatly enhancing its utility for everyday payments.

With this enhanced transferability, Bitcoin would have the potential to be accepted at the point-of-sale of many real-world retailers, cafes, and restaurants – allowing Bitcoin users to spend BTC as easily as using a credit or debit card.

The Lightning Network uses smart-contracts built on top of the Bitcoin layer-1, or the settlement layer, to instantly settle transactions. In the real world, this means no more waiting ten minutes or more due to network congestion to see if your coffee has been paid for in BTC – it’s all done in the blink of an eye.

Bitcoin is a powerful concept, but it is much more than just a theoretical idea. Since Bitcoin came to the market eight years ago, it has grown enormously in both monetary value and respect.

While many doubted the staying power of the cryptocurrency, so far Bitcoin appears to be on a steady track. The price may be volatile, but it is clear that Bitcoin has real-world benefits, and that could be good news for its future. So, could we be moving into a future which is dominated by digital currencies, as opposed to government-issued fiat?

There are still key barriers to mass adoption, which cryptocurrencies will have to overcome before they make physical coins and notes obsolete – if this ever occurs. For example, Bitcoin’s digital nature makes it perfect for peer-to-peer sharing and cross border payments, but for rural and developing communities who have limited or no access to IT infrastructure or the internet, Bitcoin is currently of little use.

Mobile wallets and apps could help change this, as even some of the most impoverished communities on Earth have access to mobile technology – but the large scale implementation of this is likely still a decade or more away.