What is Power Ledger?

Power Ledger is a P2P (peer-to-peer) energy trading platform that utilizes blockchain technology. It allows renewable energy to be bought and sold by market participants without the need for a middleman.

Power Ledger Ltd was officially formed in May 2016 and is based in Perth, Australia. Power Ledger states that its mission is based on the democratization of power. 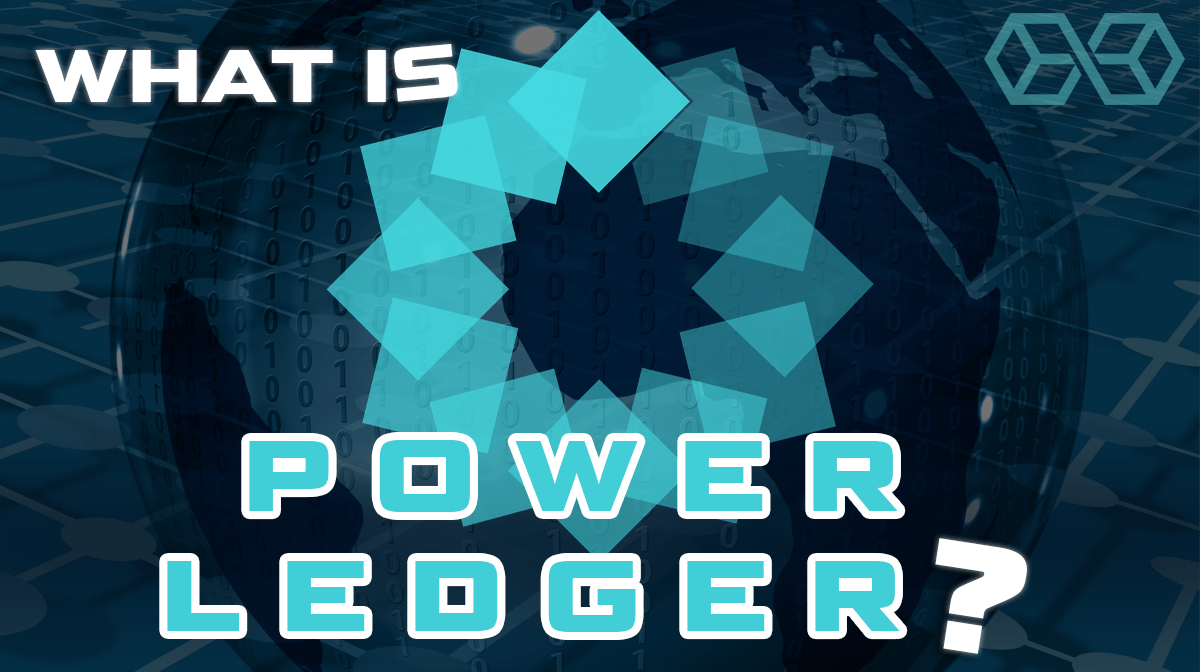 Technology is rapidly changing the way power is generated. Increasing amounts of people are now producing electricity at home through different methods such as the use of solar panels.

The energy market is currently set up for the energy systems of the past which comprised of large-scale power stations that supplied the masses.

We now have a more complex hybridized market where energy flows in multiple directions. Power stations vary dramatically in size from small installations on people’s rooftops to massive power plants.

The Power Ledger platform is looking to make renewable energy accessible to everyone by allowing producers to sell their excess power locally. Therefore those who cannot afford their own solar or renewable installations can still purchase cleaner greener energy.

It also provides market participants with more incentives to invest in renewable energy. Through Power Ledger, a landlord could charge his tenants for electricity directly and get a return on the investment made in putting solar panels on the roof.

Power Ledger works through the installation of hardware and a user-friendly app called FuseBox. Participants trade a unity called SPARKZ which is backed up by a blockchain bond called POWR tokens.

Power Ledger uses blockchain technology to enable peer-to-peer energy trading in a trustless environment. This means the system does not rely on a central player that has control, therefore, avoiding bureaucracy and excessive fees. This also makes the system less vulnerable to attack as it has no single point of failure.

Power Ledger has its own blockchain called ‘Ecochain’ which was developed in-house. Ecochain was built on the Ethereum platform for its smart contract functionality and excellent development support.

Blockchain technology provides a real solution to the current needs of the energy markets by making them more efficient. Using the blockchain to allow peer-to-peer trading means payments can be settled instantly and as electricity is consumed closer to where it is produced you have less line loss.

Power Ledger raised AUD $34 million in what was Australia’s first ICO. However, unlike most ICOs Power Ledger had early success in executing pilot programs in both Australia and New Zealand.

Power Ledger is working with an increasing amount of partners which include energy providers, property developers, and universities. These partners include Western Power, Indra, Sunseap, Curtin University, Access Housing, and Nest Energy.

As of now, in 2020, Power Ledger has multiple active projects spread across the world including in Australia, Thailand, Japan, and the USA.

Some of Power Ledger’s most recent projects partners include the Midwest Renewable Energy Tracking System (M-RETS), which is working towards the launch of a ‘Renewable Energy Certificate’ marketplace for US markets – streamlining the buying and selling of energy.

The next steps for Power Ledger will include the roll-out of an Australian solar trial, named RENeW Nexus, to power peer-to-peer energy trading, which is being trialled in 48 households in Western Australia – one of the first ever decentralized energy trading marketplaces.

The Power Ledger team includes blockchain experts, full-stack developers and energy experts who are needed for this ambitious project. This team includes:

Power Ledger operates a 2-token system where both POWR & SPARKZ tokens are part of the ecosystem.

The SPARKZ token is how the platform records the movement of electricity between buyers and sellers and is added to or removed from the participants’ wallet accordingly.

SPARKZ represents the value of the energy traded and are pegged to the relevant fiat currency for each trading jurisdiction. For example, in Australia, one SPARKZ equals one Australian cent.

POWR tokens can be purchased from crypto exchanges such as: Binance, Bittrex and some others. There is a supply of one billion POWR tokens, and as more participants trade peer-to-peer on the platform, the more constrained the supply of POWR tokens becomes, therefore, determining the price.

Power Ledger is a fascinating and ambitious project that demonstrates how blockchain technology can be utilized to bring about positive change in society.

The platform effectively gives consumers and producers of electricity more choice and helps ensure they get the best deal.

Power Ledger is still a young project and there will undoubtedly be some challenges along the way as it works towards its goal of the democratization of power. Energy markets are highly regulated, and this is not going to become mainstream overnight.

However, Power Ledger has a highly qualified team with the skills and experience required to give them a good chance of success. They have also have many successful projects showing that it works and are well-capitalized from the AUD $34 million raised in the pre-sale and main sale.

Find this Power Ledger review useful? Sign up to our mailing list to ensure you never miss out on the latest blockchain news, guides, and analysis!