If blockchain technology is the future, then so is green energy. World clean energy investment totaled $333.5 billion in 2017, according to Bloomberg New Energy Finance (“BNEF”). This was the second-highest figure ever (2015 had a total of $360 billion) driven by strong investments from China and the United States. 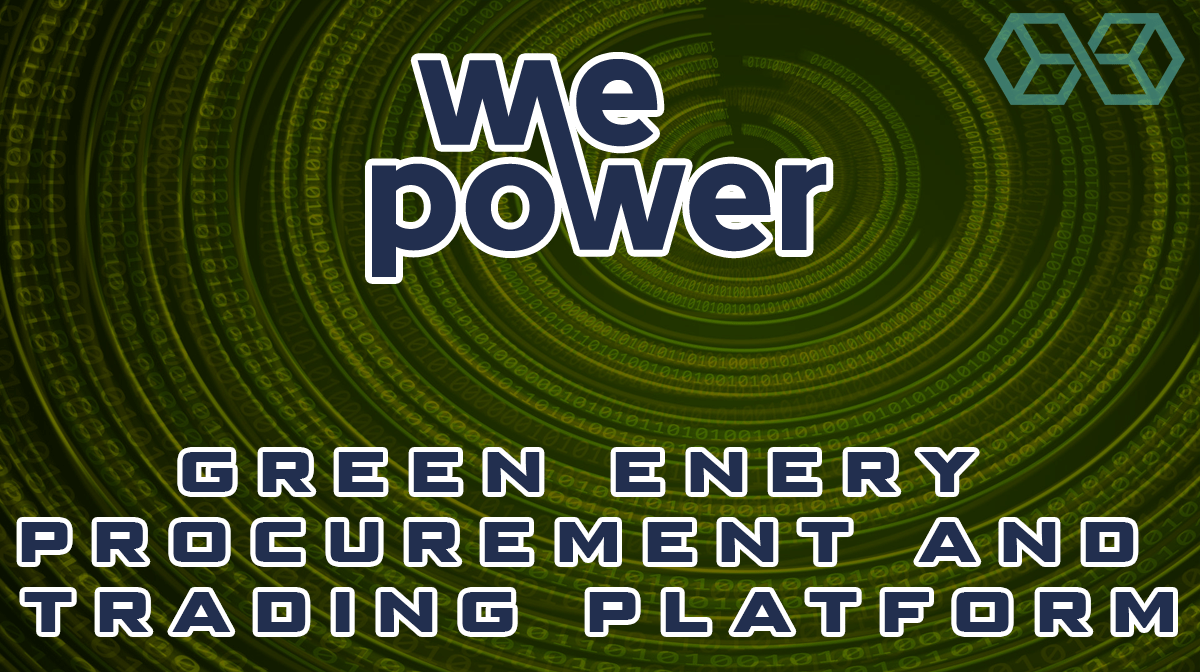 In Europe, however, investment in renewable energy has been stagnant. 2017’s figure was $57.4 billion, a 26% decrease from 2016. While policy changes played a part, one Lithuanian-based blockchain startup thinks that ease of financing is also a huge factor. It intends to make the funding much easier and faster for renewable energy projects using its blockchain energy trading model.

As the BNEF report mentions, asset finance is still the primary method of funding for renewable energy projects. The providers of this financing are quite spread out among the various actors (according to a research paper based on BNEF data). However, it should be worth noting that public financing has been increasing over time while private financing amounts have stayed stagnant.

This could mean that renewable energy is not a very attractive investment for private financing anymore. One reason for this could be that the interest rates charged are not worth the risk of financing such projects. Further, they may also require a substantially lower debt-to-equity ratio than the project managers might be able to get.

WePower’s business model (read the whitepaper here) can be summarized as follows. A company needs financing for a renewable energy project. This company, once connected to the WePower platform, can then obtain financing by selling its future energy production in the form of energy tokens.

Each energy token represents one kWh and will be sold via an auction on the WePower platform. In this auction, WePower will negotiate a discount from the market price for this future energy. If you’re curious as to how much a kilowatt-hour costs in Europe, you can refer to this site.

The energy token holder now has three options when it comes to these tokens:

The WePower Token and the Energy Token

At this point, I should clarify that the energy tokens, each representing 1kWh, and the WePower (“WPR”) tokens that were on sale during its ICO are two different things. WPR tokens do represent tokenized energy, but this is received as a percentage of the energy tokens.

So, let’s assume that a project has 1,000 energy tokens, which would represent 1,000 kWh. Out of this pool, 0.9% will be donated to the WPR token holder pool. This is mandatory. It means that WPR token holders will receive 9 kWH in the pool which will be distributed proportionally to all of them (with the exception of the WePower team which will not get any of the donated energy). The rights to these are indefinite. This makes sure that the WPR token is an ‘asset-backed’ token.

Why is there an internal energy token and a separate WPR token? Well, the apparent reason is that since WePower is still in the early development stage, it has no energy to sell. But it did need to raise funds, which is what the WPR token was initially for. The whole ‘energy donation’ was just a way to incentivize the token’s popularity and its fundraising success.

The WPR token is also integrated with the Bancor Protocol. WPR token holders are able to convert their tokens to any other token within the Bancor Network with no other counterparty required.

The benefits that energy producers get from obtaining some financing via WePower are speed and higher returns. The idea is that WePower’s crowd financing model is able to replace some if not all of the equity financing requirements of a project, thus speeding up the whole process. And with a lower equity portion, the return on equity can also be higher.

Essentially, because token holders get energy at a discount, the idea is that they are able to sell the tokens at a higher price or get physical power delivered at a cheaper rate.

Who’s doing the Necessary Due Diligence?

There’s a reason that project financing is an arduous and lengthy process and that is because of proper due diligence. WePower is planning to use crowdsourcing to finance real renewable energy projects, which leaves the question – who is going to perform the necessary due diligence?

Energy production is a heavily regulated sector, so if WePower had not approached any regulators at all, it would be a significant cause for concern. In the WePower whitepaper, the team has attached a letter of support from the Lithuanian Ministry of Energy.

Further, energy regulations are somewhat standardized across Europe, making it an ideal place for WePower to launch its platform. But nothing is set in stone, and regulatory risk is and will continue to remain a challenge that the WePower team have to address, especially as it expands into other markets. Nevertheless, the EU’s 2020 Energy Strategy has a strong focus on renewable energy, aiming to increase it to 20% of consumption. This is a positive sign for the WePower project.

However, keep in mind that the reason Estonia was chosen was that the country has 100% smart meter coverage and a central data hub. This makes it easier for WePower; even if it succeeds in Estonia, the challenges in other countries will be far greater.

As of now, WePower has set out its roadmap for 2019 which looks like this:

The Team Behind WePower

WePower’s Lithuania-based team appears to have a lot of experience in both the energy and the legal sectors. Given the complexity and regulation that WePower has to navigate for a successful project, this is a good thing. It appears that a lot of the software and blockchain development will be outsourced to its technology partners, which include Blockchain Labs, Metasite, and Catapult.

In October 2017, WePower held a public presale, which was successful with $3 million raised. Approximately 8.5% of the tokens that will be for sale during the ICO were sold during this presale. A subsequent private presale raised a further $19 million.

On Feb 1, 2018, WePower held a successful public ICO raising an additional $10 million which took its total raised funds to $40 million. Here were details of the ICO:

What are the Short Term and Long Term Potentials of WePower?

WePower’s ICO was successful. It had good momentum with the success of its presale rounds and the positive news coming out from the company such as its partnership with Elering and other energy producers. At the end of 2018, the donated energy from WePower’s operations was delivered to the token holders. So it’s looking quite good for the WPR token concerning short-term potential, assuming that its Estonian pilot project goes according to plan.

But it is in the long-term that the main questions and challenges remain. The success of WePower hinges on how many energy producers it can get to use it as a funding source. If WePower fails to attract critical mass, either due to technological (grid integrations) or regulatory issues, then the project will remain a small scale European blockchain energy trading platform. Considering WePower’s ambitious goals, this would be a failure.

What do you think of WePower? Can it overcome the significant challenges in its way and achieve scalability? Let us know your views in the comments below.