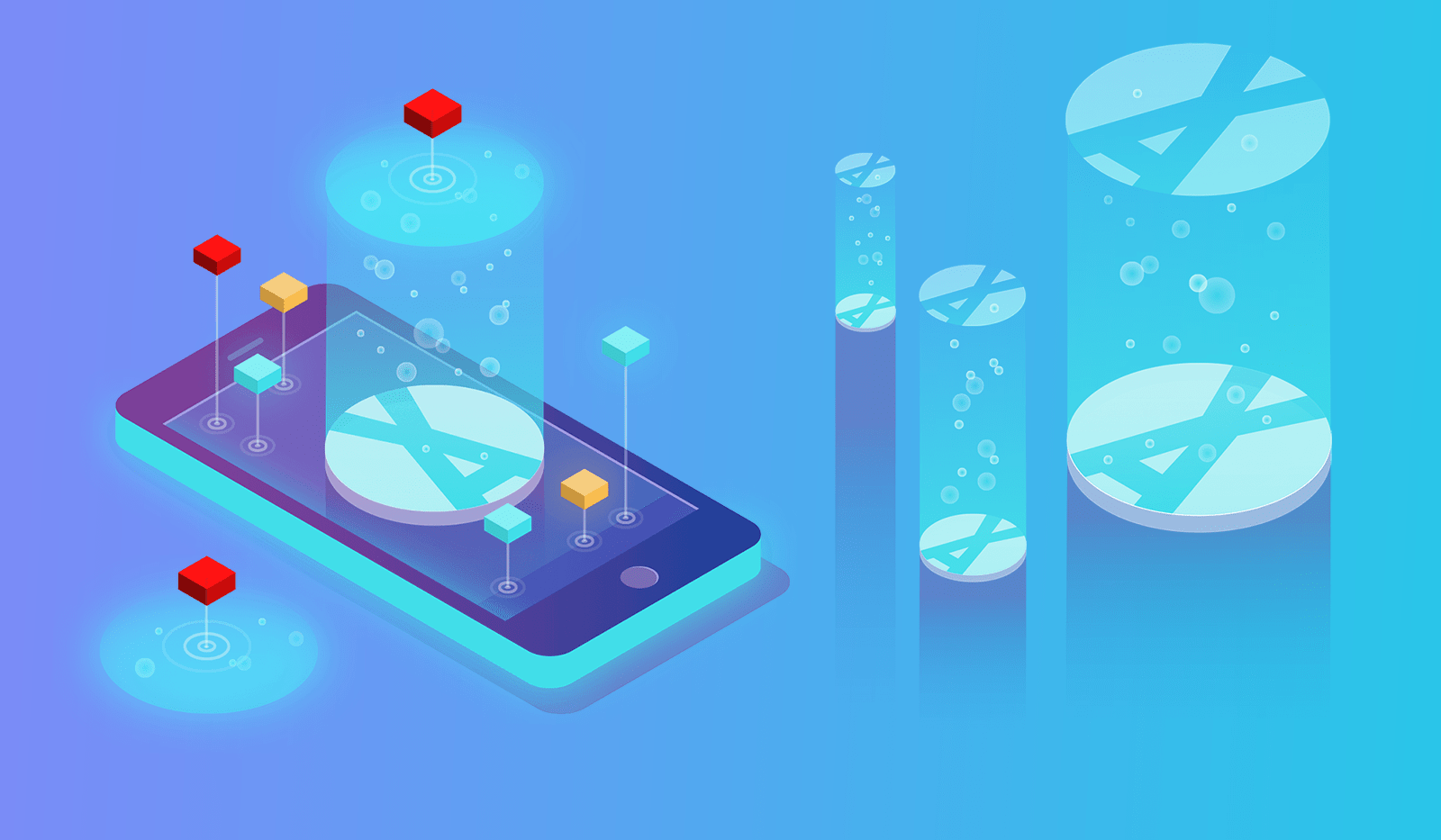 The ALAX ICO is launching in less than two weeks on April 17, and there is already a lot of buzz surrounding this project. It is a blockchain-based mobile game distribution platform that was started as a joint venture between two Chinese companies; Dragonfly and DECENT. The idea behind ALAX is to connect game developers with gamers, particularly those who are unbanked, while lowering expenses involved for everyone in the ecosystem.

Before ALAX’s ICO launches, let’s take a look at what this project is all about and why it may stand out in a crowded field.

Dragonfly and DECENT, the Companies behind ALAX

Dragonfly, founded in 2012, is primarily a provider of mobile traffic monetization solutions, e.g., through landing pages and advertisements. The company has also created a mobile gaming application marketplace which it claims has over 100 million monthly active users. One advantage that Dragonfly enjoys is that this mobile marketplace comes preinstalled on its channel partner devices, such as Vivo, Oppo, Huawei, and Gionee.

Dragonfly wants to further expand into the mobile gaming market and sees blockchain technology as a critical component of its strategy. Hence, it has partnered with DECENT, an open source blockchain distribution platform that is developing its DCore blockchain. The DCore blockchain has been live since July 2017, and its DCT token currently has a market cap of about $20 million.

While ALAX is their mobile gaming-focused joint venture, it looks like there will be more blockchain projects in the future. DECENT notes that their collaboration may include other areas like advertising, market data analysis, and SMS payments.

According to market intelligence company Newzoo, the global mobile games market would reach $52.7 billion in 2018 and $64.9 billion by 2020, with mobile games taking an increasingly large share of the total gaming market. In 2017, Chinese mobile games revenue stood at $14.6 billion, surpassing that of the United States and Japan, and Newzoo notes that mobile revenue will account for most of China’s gaming revenue growth.

The simple reason is that China had about 500 million mobile gamers in 2016, more than the entire population of the United Sates. This figure is expected to grow to almost 700 million by 2021. The Chinese mobile gaming market is a growing and lucrative one.

However, the Chinese market has a number of barriers that represent opportunities for ALAX. For one, Google Play is unavailable in the majority of Android phones bought in China. CNBC notes that Google is missing out on billions of dollars by not having an app store in China (since Google pulled its search from China in 2010). Chinese users are the biggest app spenders in the world.

Because of the lack of competition from Google Play’s absence, China’s mobile game market has become a high fee oligopoly. This oligopoly can make it very expensive for mobile game developers to enter the Chinese market, with some publishers taking as much as 70% revenue share, and often requiring dramatic changes in the application. By contrast, Google Play’s transaction fee is only 30%. Further, getting the transactions processed is also a lengthy process.

ALAX’s value proposition is to use blockchain technology to connect mobile game developers and gamers directly. By cutting out the oligopolistic middlemen, ALAX intends to lower costs for both parties. ALAX is also focusing on ‘unbanked gamers,’ i.e., mobile gamers who do not have access to regular banking infrastructures such as bank accounts, and credit/debit cards.

Game developers can use these cost savings for further game development, marketing, or rewarding their players. Developers will also be able to monetize these unbanked gamers, who can pay for in-game purchases without the need for traditional banking infrastructure. Through the use of its blockchain technology, processing times should also decrease.

For gamers, they may be able to enjoy cost savings passed down from the developers plus other potential rewards. Unbanked gamers will also be able to get the full gaming experience, including in-app purchases.

The ALAX blockchain uses a Delegated Proof of Stake consensus mechanism that it claims allows for 5 second block production times. By comparison, Ethereum has a block production time of about 15 seconds. One unique feature of the DCore blockchain that makes it ideal for the ALAX project is that it has an automatic revenue splitting feature. Revenue sharing is very important in a content distribution platform.

The Two Utility Tokens – ALX and ALA

The ALAX ecosystem will have two main tokens; ALX and ALA. ALX is the publicly tradeable token and is the token that will be for sale during the upcoming ICO. It has a maximum supply of 1 billion, and can also be used to obtain ALA tokens. Think of ALX as the funding mechanism for the project.

ALA tokens can be obtained in one two ways, either directly through the ALAX app or via third parties. If obtained through the app, users will receive a 20% discount when using ALAX tokens to purchase ALA tokens. They can also opt to use a local payment method, though they would not be eligible for said discount. This 20% discount is a primary value driver for ALX tokens. The ALA:ALX value would depend on the ALA:Fiat value.

Third party resellers will be mobile operators or physical stores and are key in reaching ALAX’s unbanked target demographic. These resellers will receive ALA tokens from ALAX at a fixed price, upon which they can add a markup. Users can then buy prepaid QR reload cards containing ALA tokens using cash. Dragonfly already has an existing retailer network that can serve as the resellers. ALAX has also signed a letter of intent with Utoo for further expansion of its retailer network.

The ALAX ICO Goes Live From April 17 to April 23

Any undistributed ALX tokens will not be burnt. Instead, they will be distributed proportionally to all ICO participants according to their stakes. Of course, this means that it is possible for the ALX value to end up lower than the ICO price. The ICO proceeds will be used mainly for platform development and marketing/outreach. Further, 325 million ALX tokens will be locked for 12 months following the ICO.

Note that ALX tokens will start off as ERC-20 tokens but will be converted to DCore-based tokens once the mainnet launches.

ALAX expects to have a Minimum Viable Product ready sometime in April, with the testnet coming in July. The mainnet and the beta version of the ALAX Store are targeted to be launched in September, while the full ALAX store goes live in the first quarter of 2019.

What are ALAX’s Short Term and Long Term Potential?

Over the short term, ALAX has some good momentum on its side. The project was only announced in late 2017, and at the beginning of 2018 was only a proof of concept. Yet, in just a few months it is ready to launch an MVP, ICO, and has almost 60k followers in its Telegram group.

A big part of this could be because ALAX is essentially a corporate project from Dragonfly and is part of its expansion strategy. This can be seen in how the ICO has no softcap; Dragonfly clearly intends to move forward with ALAX regardless.

ALAX also has several factors that can sustain it over the long term. First, its value proposition matches a clear and lucrative market opportunity. Second, it can leverage on Dragonfly’s existing user base, pre-installed partner networks, and retailer networks to succeed in the Chinese market.

ALAX’s ICO price gives the entire project a value of 100,000 ETH which is about $40 million. Given the billions in market opportunity plus ALAX’s advantages listed above, this figure may be a steep discount.

What do you think of the ALAX project? Can it really become a significant player in the mobile games market? Let us know your views in the comments below.