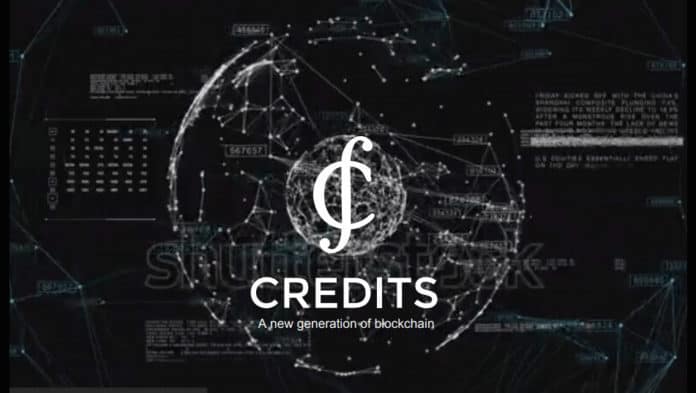 On Feb 17, 2018, a little known but highly ambitious blockchain project called CREDITS, launched its public crowdsale. The hardcap for the crowdsale was $20 million, not a massive amount, but not a trivial amount either. It took only 17 hours to hit this figure. In total, the ICO generated about 20,000 transactions from 15,000 addresses.

Contents hide
1 The Idea behind CREDITS and Its Value Proposition
1.1 Related Articles:
1.2 #1: Superior Network Capacity
1.3 #2: Fastest Confirmation Times
1.4 #3: Lowest Transaction Fees
2 A New Consensus Mechanism: Proof of Capacity
3 The Team behind CREDITS
4 CREDITS Development Status and Roadmap
5 Use Cases and Current Partnerships
6 Can CREDITS Deliver On Its Claims? Plus Red Flags To Watch Out For
6.1 Lack of Source Code on GitHub / Fluff Technical Paper
6.2 Tokens Still Locked
6.3 Sketchy Partnerships
6.4 Russian-based Team in Singapore?
6.5 Lack of Detail in Roadmap
7 What are the Short Term and Long Term Potentials of CREDITS?

Check out our other ICO reviews here.

Despite this success, there has been relatively little hype and marketing around the CREDITS project. Which is strange, considering that CREDITS isn’t your average Dapp built on top of the Ethereum platform. In fact, CREDITS positions itself as a far superior version of Ethereum.

The Idea behind CREDITS and Its Value Proposition

The scalability problems of the most popular blockchain networks today, namely Bitcoin and Ethereum, are well known. The first issue is network capacity. At present Bitcoin can only do about seven transactions per second, with Ethereum doing about 15 to 20. Contrast this with Visa, which can do 40,000 to 50,000 transactions per second.

The second issue is confirmation time. Right now, Bitcoin takes 22 minutes to confirm a single transaction, with that figure spiking to thousands of minutes (basically hours and even days) during times of network congestion. Ethereum is much faster, at about 2 minutes, but that’s still not good enough for its envisioned scale (although Ethereum developers are hard at work on this problem as you read this).

To understand how CREDITS’ consensus mechanism works, keep in mind is that there is no ‘mining’ done. We need first to understand the three types of network nodes.

To be the main network node, you have to calculate the hash functions faster, have a higher performance server, and superior network quality. CREDITS refers to this type of consensus mechanism as ‘asynchronous work of consensus’ because of the importance of the main network node in achieving consensus. This is supposedly a big factor in CREDITS being able to deliver its promised transaction speeds and network capacity.

The Team behind CREDITS

CREDITS is based in Singapore, but its core team is decidedly un-Singaporean and appears to be 100% Russian. Further, while the team does have a few software engineers, it looks like the bulk of the team comprises of marketing people or those in charge of partnerships.

At present, CREDITS has already completed its ICO and also released an alpha version of its platform. The team claims that a beta version will be released in March 2018, with the mainnet platform released in June 2018.

Use Cases and Current Partnerships

CREDITS says that the UBIN Report could form the basis for the potential uses of its platform. The UBIN Report is a collaboration between Deloitte and the Monetary Authority of Singapore on distributed ledger technology applications within the financial industry. It also has nothing to do specifically with the CREDITS project.

Nevertheless, the report does list out some potential use applications such as trading operations, cross-border payments, digital identification, clearing, and insurance. All of these could theoretically be used on the CREDITS platform.

CREDITS has already started announcing various ‘partnerships’ with several companies, which you can find in its Partnerships section. CREDITS prefaces each announcement by calling these companies a ‘new user’ of the platform. A few of the partnerships/users that CREDITS has announced are:

As you can see, all of the ‘partnerships’ announced have nothing to do with the financial industry at all. So far these are all cryptocurrency/blockchain-related projects, and, although this may be considered judging a book by its cover, don’t appear to be the most legitimate at first glance.

Can CREDITS Deliver On Its Claims? Plus Red Flags To Watch Out For

CREDITS’ ICO was a huge success, and if its platform can deliver what it promises, it will indeed be a game changer. But there are several red flags concerning this project that have raised doubts in more than a few people’s minds, and they are worth highlighting here.

The so-called technical paper posted on their website also does not answer the question of how CREDITS will deliver on its promises. For instance, it does not even mention the number of nodes required to achieve such transaction speeds or anything about block size.

While the ICO is over, the CREDITS tokens remain locked. As an ERC-20 compliant token, this is quite out of the ordinary as they are typically disbursed immediately to investors. As such, the CREDITS token has yet to be listed on any exchange, although the CREDITS team has said that this would probably happen sometime in March 2018.

The project is based in Singapore, yet its team members are exclusively Russian. This is quite unusual, and no doubt has raised more than a few eyebrows. The lack of software developers on the team is also concerning.

Lack of Detail in Roadmap

CREDITS’ roadmap is sparse and lacking in details despite the mainnet release supposedly being only three months away.

What are the Short Term and Long Term Potentials of CREDITS?

In the short term, given the ICO’s success, CREDITS potential would depend on whether it can get the tokens listed on a major exchange soon and whether it can deliver on its beta version. Both are supposed to happen in March. If CREDITS can deliver on these, it is likely that the CREDITS tokens will see a short-term boost.

In the long-term, however, CREDITS has a lot to prove. Its claims of 1 million transactions per second are highly extraordinary, and as the saying goes, extraordinary claims require extraordinary evidence. Many people are claiming that its claims are technically impossible.

So far, CREDITS has yet to provide even ordinary evidence (testnet speed tests are hardly evidence). Until CREDITS can prove its claims, skepticism should be the default. But since CREDITS says that it will deliver its mainnet product in June 2018, only three months away, it won’t be long before the community finds out whether the CREDITS project is legit, or nothing but a scam.

What do you think of CREDITS? Can it really deliver on its fantastic claims and surpass Ripple and Ethereum or is it just a scam? Let us know your views in the comments below.