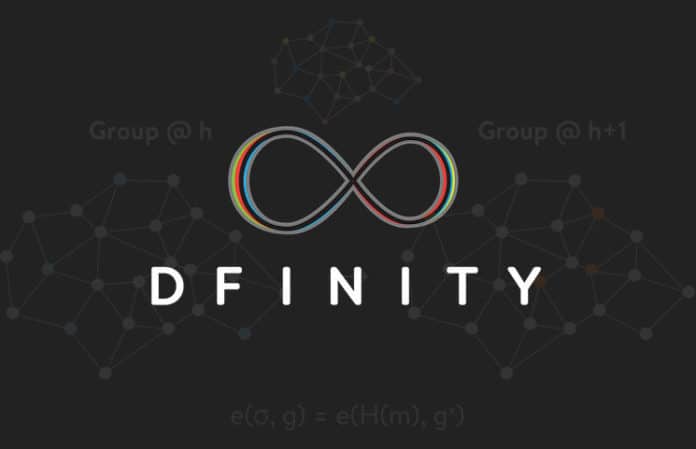 Many blockchain projects are ambitious, but you would be hard-pressed to find one as ambitious as Dfinity. Dfinity’s goal is to create an intelligent, decentralized cloud, a giant blockchain computer that will support enterprise IT systems.

Contents hide
1 How Does Dfinity Work?
1.1 Related Articles:
1.2 The Threshold Relay
1.3 The Blockchain Nervous System and Neurons
2 Dfinity vs. Ethereum
3 Dfinity Development Status and Roadmap
4 The Team behind Dfinity
5 Dfinity ICO – Whitelist and Further Details to be Announced Soon
6 What Are the Short Term and Long Term Potentials of Dfinity?

This is a direct challenge to traditional centralized cloud computing services today, such as Amazon Web Services. Dfinity will be more cost-efficient compared to centralized services. While computing costs will be higher, this will be more than balanced out by lower system maintenance and R&D costs (human capital costs). Dfinity expects savings to be 80% or more.

Dfinity envisions scaling the ambitious project even further than enterprise IT systems. It is looking to use its network to decentralize everything from finance to intermediary systems such as email, social media, and even search engines.

How Does Dfinity Work?

Note: The following is a simplified explanation of how Dfinity operates. For a detailed and thorough explanation of Dfinity, you should refer to its posted documents and FAQ. The FAQ itself is very enlightening and contains just as much information as some of the ICO whitepapers out there.

This is one part of how the Dfinity network operates. There are two unique aspects of Dfinity that you should know about, the Threshold Relay and the Blockchain Nervous System.

Dfinity’s Threshold Relay is its solution for both speed and security. This system employs cryptography techniques to generate randomness on demand. Dfinity claims that it is almost incorruptible, unmanipulable, and unpredictable. Each network participant will produce a deterministic function, known as the Verifiable Random Function that powers the network’s processing and organization.

The Blockchain Nervous System and Neurons

The Blockchain Nervous System is Dfinity’s unique governance protocol. It can freeze, unfreeze, and modify smart contracts on the network as well as configure client software, e.g., by making them upgrade to the latest version of the network protocol.

Dfinity uses an AI analogy to describe the Blockchain Nervous System, but it isn’t a real neural network per se. Sure, the Dfinity network has ‘neurons,’ but these are human-controlled. A person owns each neuron, and it has voting power proportional to the amount of Dfinities locked inside it (you need to deposit Dfinities to create a neuron).

Neuron owners can choose to vote as they please or choose to configure their neurons to follow the voting patterns of other selected neurons. All these actions are known as ‘thought mining’ and will earn neuron owners Dfinities. The idea is that the neuron owners are naturally incentivized to maximize the value of Dfinities, and will thus vote in a manner that drives effective network operation and mass adoption.

One interesting point is that this voting system is opaque, meaning that it won’t be possible to trace which neuron was the turning point or catalyst of a particular decision (because neurons can be configured to follow other neurons, some neurons will be far more influential than others). This preserves anonymity and prevents neuron owners from being externally pressured. Hence, the Blockchain Nervous System is a ‘black box,’ and neuron owners will not know how the system ultimately made its decision.

Neuron owners are guided by something called the Dfinity Constitution, which lists the system’s objectives. The three primary objectives are:

The third objective is somewhat subjective, and there will have to be a balance as to what kinds of businesses will be allowed on the network. However, the Dfinity Constitution can be amended through proposals submitted to the Blockchain Nervous System. This ensures that the Blockchain Nervous System doesn’t become the dictator of the network. Further, it also never deletes anything; a frozen system can always be unfrozen later.

Dfinity explicitly states that it is not a competitor to Ethereum but rather an extension of the Ethereum ecosystem or a ‘sister network’. However, it is quite apparent that Dfinity considers itself a superior solution to Ethereum, although the team reiterates that they will try their best to maintain maximum compatibility between Dfinity and Ethereum.

The Dfinity team is confident that the Dfinity network will be much faster than Ethereum. They have stated that their average block time will be about 5 seconds with low variance, with a further confirmation time averaging 7.5 seconds. By comparison, Ethereum takes about 17 seconds. Concerning available gas, they estimate that their Threshold Relay method means that the Dfinity network will have over 50 times more gas compared to Ethereum.

Dfinity has divided its roadmap into three stages, nicknamed Copper, Zinc, and Tungsten. It is currently in the Copper stage, focusing on perfecting its Threshold Relay and Blockchain Nervous System. However, Dfinity has so far not provided any timeline corresponding to each step.

The Team behind Dfinity

The Dfinity project is supported by a Swiss-based not-for-profit foundation called DFINITY Stiftung. Due to the highly technical nature of the project, almost all the staff comprises of scientists and engineers. While this is a good thing, if Dfinity wishes to seek public funds, it should look to add at least a small marketing team.

Dfinity ICO – Whitelist and Further Details to be Announced Soon

Unlike most blockchain projects out there, the Dfinity team doesn’t seem to be in any hurry to hold a token sale to raise funds. On the Dfinity subreddit, a member of the team stated that the fundraising schedule and participation instructions would be announced sometime in February 2018.

One reason for Dfinity’s patience in holding a token sale is that it is already well-funded. In February 2017, it had a seed ICO and raised CHF3.9 million. At that time, ETH was about $10, so taking into account its massive appreciation since then (even factoring in the latest crash) and you’re looking at an amount worth closer to $200 million.

What Are the Short Term and Long Term Potentials of Dfinity?

Without knowing any details of the token sale, it is hard to say what the short-term potential of the Dfinity token is. However, this is a ‘visionary’ kind of project, with big goals to change the current blockchain landscape. Ultimately, Dfinity’s success or failure will rely on its technology. If Dfinity succeeds, it will succeed big, but if it fails, it will fail big as well. This is one of those ICOs that you should only invest in if you genuinely believe in the underlying technology and vision, not because of any hype or expectation of short-term profit.

What do you think about Dfinity? Does it have a chance at following through on its ambitious vision to build a decentralized World Computer? Let us know your views in the comments below.