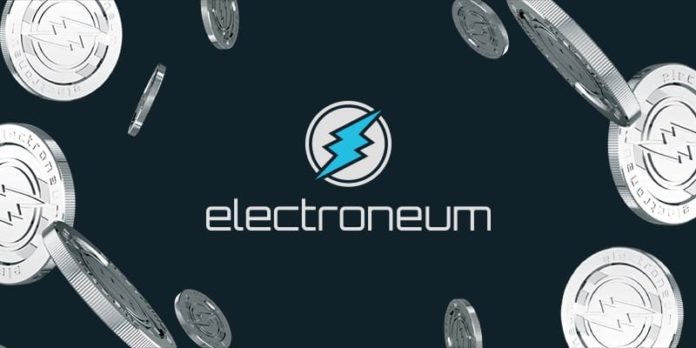 The story of Electroneum has been a bumpy one. Most ICOs never even come close to hitting their targets, yet Electroneum’s ICO easily hit its $40 million hard cap and closed early, boasting 120,000 contributors, far more than its creators expected.

However, almost immediately after its official launch, on November 1, 2017, Electroneum had to abort its launch and close access to its wallet system, as well as its website and app login. This was because many of its users’ accounts had been compromised. This was through no fault of its own as some users used the same username and password combo as on other sites such as Dropbox or Tumblr. Those accounts were most likely already compromised as the result of hacks on other systems.

Following this, the Electroneum team engaged the services of world-renowned cybersecurity experts HackerOne to patch up any vulnerability in their system. Finally, Electroneum relaunched on December 15, 2017.

Before we look at how Electroneum is doing after their relaunch, let’s see why Electroneum’s token sale was so successful in the first place. What is it about Electroneum that attracted so much attention and investment?

For people looking to get into cryptocurrencies, it can be a daunting experience. You need to do a lot of reading and research, and that’s just to know the basics! This information barrier is no doubt a considerable obstacle to widespread adoption of cryptocurrencies.

Electroneum is looking to fill this need by creating a cryptocurrency that is so simple to use, anybody with a smartphone can do it. Specifically the company is targeting mobile games players. an is a huge market. According to market intelligence leader Newzoo, out of an estimated 2.2 billion gamers across the globe generating $108.9 billion for 2017, the mobile segment is expected to make up 42% of the market. The United States alone has an estimated 180 million mobile gamers.

The gist of Electroneum’s growth and adoption plan that made it so popular is this: onboard mobile game developers and use Electroneum as a virtual currency that can be transferred across multiple games. Currently, most mobile games are already monetized with in-game transactions. Users can buy virtual currency using real money which they can then use to purchase in-game items. This is known as the ‘freemium model’.

The problem with this model is that only a small percentage of gamers make in-app purchases, with figures ranging from 1.9% to 3.5%. This makes intuitive sense. Most gamers are fickle, why spend real money on a free game you might only play for a few weeks? But if you could transfer that money to the next game you play, then buying virtual currency becomes a much more attractive option. This model would give game companies new revenue streams via commissions for each Electroneum purchase or transfer as well as create new markets for them.

Electroneum also intends to take this model to the gambling industry. Already, many such companies accept Bitcoin, but the difficulty in getting Bitcoins in the first place is a barrier. So what makes Electroneum so much more convenient compared to Bitcoin and other cryptocurrencies?

Electroneum – The Cryptocurrency Designed for the Masses

Here are the main features of Electroneum that the company claims sets itself apart from the other cryptocurrencies out there. We will take a look at each feature below.

Electroneum implements a maximum two decimal place system, meaning that 0.01 Electroneum will be the minimum transaction volume. The idea behind this is to give it a ‘real money’ feel that other cryptocurrencies lack. While this might seem highly superficial to crypto-enthusiasts, keep in mind that Electroneum is targeting the mass market segment.

Many of the cryptocurrencies being launched ride on others’ blockchain (mostly Ethereum). Not so with Electroneum, which has its own purpose-built blockchain based on the Monero codebase.

3. Accessible via a Free to Install Mobile App

All you need to access Electroneum is to download the Electroneum app on your phone (currently only available on Android with the iOS version expected in early 2018). Zero personal documents are required. From the app you can not only manage your Electroneum wallet but also begin mining Electroneum. That’s right, in order to appeal to the mobile market, Electroneum has ensured that Electroneum can easily be mined via mobile app. Unlike the Bitcoin or Ethereum model, no massive ASICs or GPUs are required. You can read more on their technical whitepaper.

Electroneum’s mobile miner can be run easily in the background and does not take up much bandwidth. Any smartphone with a 3G or 4G internet connection should be able to run it easily. No technical knowledge is required on the part of the miner at all. Of course, a Windows miner is also available.

The safest way to store your Electroneum tokens will be via an offline paper wallet. To do this you can use Electroneum’s offline wallet generator, available here. Make sure you disconnect your computer from the Internet prior to running it.

You also have the option of using the app wallet or the web-based wallet. While these will not be as safe as the offline paper wallet, Electroneum has taken steps to ensure as high a degree of security as possible. As mentioned, HackerOne was hired to perform vulnerability and penetration testing on the system.

In addition to the standard email/password combo, you will also need a unique mobile key code plus a PIN number for every login and transaction. Captchas also prevent the use of bots from brute force hacking password combinations. This is definitely far safer than using an exchange-based wallet although Electroneum’s central database could still possibly be compromised.

Electroneum has a transfer fee of 0.01ETN, the lowest possible amount. While its creators envisioned a zero transfer fee cryptocurrency, the decision to impose a nominal transfer fee was made for security reasons.

Now that you know a bit more about Electroneum and its rocky start, how has the cryptocurrency been doing since its December relaunch?

During the initial token sale, the highest price of Electroneum was $0.01 per token. As of today, that price has since increased to $0.085, a gain of more than 750%. The highest price it has touched so far was $0.11. With a circulating supply of just under 5 billion, it has a market cap of $417 million, placing it at number 55 among all cryptocurrencies. This is very impressive, considering that Electroneum has only been around for less than 2 months. It also boasts over 420,000 registered users.

At present, Electroneum is only available on the Cryptopia exchange. It has applied for listing for two other exchanges as well, Liqui, and HitBTC. It has signed an MOU with Effortel, a mobile operator in Belgium as well as with BMedia, a Japanese eCommerce site manager with an average reach of 10 million users monthly.

Many prominent people have also announced their support of Electroneum. This includes the infamous John McAfee and Duncan Logan, the CEO of Rocketspace.

Electroneum raised $40m during their token sale, but due to the increased price of Bitcoin and Ethereum, CEO Richard Ells has mentioned that their war chest is worth closer to $100m now. He has suggested that the priority is to increase their support staff to deal with the number of support tickets that are yet resolved. Currently, many users have found themselves locked out of their accounts still with pending transactions.

Electroneum has also two more MOUs in its pipeline and continues to be in discussion with other potential partners and exchanges. However, the company does not want to grow too fast, given the problems it had already experienced with a larger than expected popularity. But with a huge community, a great concept, and excellent reception, Electroneum may grow faster than anyone expects.

Have you heard of Electroneum? What do you think the future holds for it? We’d love to hear your input below!