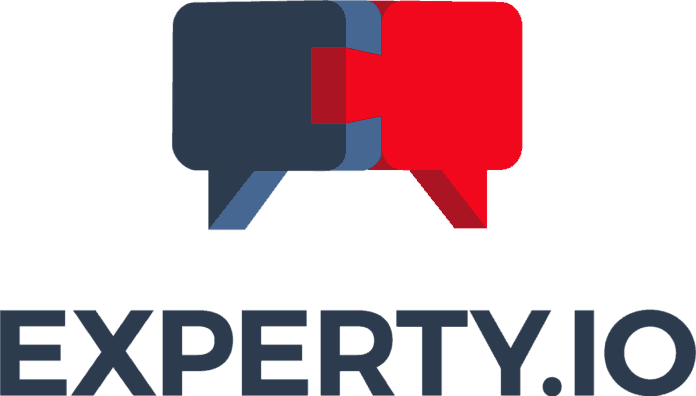 In 2016, the global consulting market was worth over $250 billion dollars. By 2020, this figure is forecast to almost touch $300 billion. And while the industry remains dominated by corporations, there is a smaller but growing segment of freelance consultants. It is this market segment that Experty is targeting with its blockchain call and payments platform.

With the rise of Skype and other free video calling apps, the freelance consulting business has taken off. The current business model is something like this: the expert/consultant charges an hourly rate and the client pays them before or after the call. The problem with the business model is three-fold:

Experty aims to solve this problem by using Ethereum smart contracts to solve issues of trust and confusion surrounding costs and payments. Experty’s platform operates on a rate per minute basis, with the smart contract automatically transferring the payments to the relevant wallets after the call is ended.

When using the Experty platform, the caller must first have enough funds for a minimum of 30 seconds of conversation. Once the call is made and the recipient accepts, the funds are locked. This prevents double spending, fund withdrawal during the call, or attempting to make another call.

Further, during the duration of the call, Experty’s off-chain application continually confirms the call duration by the second. This confirmation contains the payment details and is used to end the call and transfer the funds from the caller to the recipient. At this point, the caller can withdraw remaining funds and make another call. Charges only occur during an active connection.

This is the basic payment model that Experty is implementing at the moment. In the future, Experty intends to include more advanced payment types such as variable rates for longer calls. A refund mechanism will also be added to the app for arbitration purposes, but again, no details have been released as of this writing.

You can view Experty’s whitepaper here.

With the rise of social media and influencer/celebrity culture, Experty envisions its platform being used by professionals ranging from lawyers and business advisors to webcam models and celebrities. Basically, if you feel you can monetize your time from a video or voice call, then you are part of Experty’s target market. Experty even envisions its platform being used for paid premium support, meaning paying to jump ahead of the dreaded support request queue.

Unlike many blockchain projects, Experty will not have any frontend marketplace that users will have to go to. Instead, freelance consultants will be able to share their Experty links on whatever platform they use. This is a crucial point as many influencers are typically highly dependent on one channel, whether it is Facebook, YouTube, Instagram, etc. Having a decentralized marketplace is essential for getting these consultants onboard with Experty’s platform.

You might expect that Experty would intend to take a small percentage fee from the caller and/or the recipient each time they use its platform. However, Experty has opted for a zero fee/commission structure when using the platform. It will instead have monthly paid subscriptions for those who wish to use cryptocurrencies (including fiat based tokens) other than the EXY token. At this point, the developers have yet to give any indication on how much these monthly subscription fees would be.

While Experty will also offer premium features, this will be accessed by staking EXY tokens instead of charging fees. Premium features may include scheduling, webinars, and recording. The exact details on these will change based on user feedback and token price (for staking amounts).

The Team behind Experty

Experty is being developed by React Poland, a software consulting company based out of, you guessed it, Poland. The Experty website does not provide many further details on the background of this team, but since it is the same team as React Poland, the lack of direct blockchain-related experience may be a cause for concern.

As of the time of this writing, Experty has built up a working demo for the mobile version. At present, the only place you can see this demo is this YouTube video showing the creators of Experty using the app.

The total token supply of Experty’s EXY token will be 100 million. This is the maximum figure; it might be a lower number depending on how the token generation event goes. The ICO main event is currently live and will run until 25 February 2018.

Here are the main details

Soft Cap: 2,000 ETH (meaning if it fails to hit this amount all funds will be returned)

With a hard cap of 9,000 ETH, equivalent under $11 million at present, this is a relatively small ICO. As such Experty has a very good chance of hitting its hard cap target. 40% of the proceeds will go toward software development, another 40% to marketing and promotion, and the remaining 20% to research and administration.

One issue with Experty’s business model (and many utility tokens in general) is the velocity problem. To give you a quick primer, the velocity of a token refers to how often it is ‘reused’ within a certain time period. For instance, because many people are holding Bitcoin, it has a low velocity.

A high velocity means that people are only holding on to the token for a very short amount of time. A rule of thumb is the higher the velocity, the lower the value of the token. Even if a token becomes very widely used, if the velocity is high, the price of the token will not grow as fast as the transaction volume.

The question then is, why would anybody want to hold on to the EXY token for a prolonged period? Since Experty is a pure payment mechanism, there is a chance that most users would exchange their EXY tokens as soon as possible after using the app.

However, there is one mitigating factor that can lower EXY’s velocity. The first is that Experty’s premium membership features require staking tokens. If this takes off and a substantial amount of EXY tokens are staked, the velocity would be reduced.

What Are the Short Term and Long Term Potentials of Experty?

In the short term, the EXY token has a decent chance of getting some value appreciation for early holders. At its core, Experty’s idea of using blockchain technology to create a calls and payment platform to cater for freelance consultants and influencers is a good one. They have great marketing teams who have generated a lot of positive buzz surrounding this project.

But over the long term, even if Experty gains a lot of traction, the velocity problem highlighted above may mean that the EXY token never really takes off in value. Whether Experty will be able to incentivize longer-term holding of the tokens remains to be seen.

What do you think of Experty’s business idea? Will it and the EXY token take off?  Let us know in the comments below.