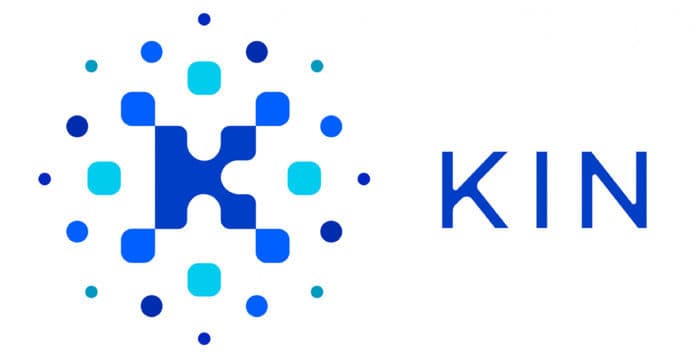 It may be the first time you’ve heard of the KIN cryptocurrency, but you’ve probably heard of KIK, one of the most popular free instant messaging apps in the world.

Contents hide
1 An Innovative Funding Method – ICO Instead of Venture Capital
1.1 Related Articles:
2 KIN – Moving Away From the ‘Advertising and Selling User Data’ Business Model
3 KIN’s Prospective Use Cases
4 Is KIN Pivoting Away from Ethereum?
5 KIN Total Supply and Distribution
6 How Has KIN Performed Since the Token Sale?

Based in Canada, the app (according to the company, Kik Interactive Inc.) boasts 15 million active monthly users, with over 250 million messages sent through it every day. According to App Annie, Kik is ranked #7 in popularity among all social networking apps. SimilarWeb ranks Kik in the #9 to #11 place on the Google App Store in the US, UK, and Canada.

Kik Interactive Inc. is not publicly listed. The company has historically relied on venture capital funding. Its most recent venture funding round came in August 2015, where the company received a $50 million investment from Chinese conglomerate Tencent, the parent company of another popular messaging app –WeChat. This deal gave Kik Interactive Inc. a valuation of over $1 billion.

An Innovative Funding Method – ICO Instead of Venture Capital

The launch of KIN, Kik’s cryptocurrency offering was a way for the company to raise additional funds while also moving the business away from the traditional advertising-based revenue model that freeware apps rely upon. Whether this was because the company had issues raising further venture capital funding is unknown, as CEO Ted Livingston evaded the question when asked at an event last year.

Nevertheless, Kik’s ICO was a huge success. Held toward the end of September 2017, more than 10,000 people participated in the ICO. A total of 168,732 ETH was raised. Then, the price of ETH was about $285, for a total of approximately $48 million. Adding in a $50 million pre-sale round from institutional investors including Blockchain Capital, Pantera Capital, and Polychain Capital and the total amount raised is just under $100 million.

Of course, the price of ETH has more than quadrupled since then. Based on ETH’s price as at Jan 13, 2018, of $1,345, Kik’s 168,732 ETH raised in the ICO is now worth about $225 million. So far it seems the company made the right choice in going for an ICO instead of further venture funding.

But for an ICO to be that successful, the concept behind it must at least be sound (execution, of course, is another matter). So what is the idea behind KIN and how does it fit in with the Kik Messenger App?

There’s an oft-repeated saying in the tech world – “If you’re not paying for it, you are the product.” It seems harsh, but when you look at just how scarily targeted and personalized advertising can be nowadays, the saying seems to have more than a little merit.

KIN is Kik’s attempt to move away from that business model. As stated in its whitepaper, the idea is to create “the first open and sustainable alternative ecosystem of digital services for our daily lives.”

KIN’s first precursor was a Kik feature known as ‘Kik Points,’ an in-app currency launched in 2014. What made Kik Points different from other in-app currencies was that users did not have to purchase Kik Points. Instead, they earned it through various activities such as watching a video.

The Kik Points experiment was eventually discontinued after 2.5 years as Kik had something bigger in mind. Nevertheless, the experiment was a success. Over the 2.5 year period, Kik users completed 253 million offers and spent earned points on 74 million purchases. The company claims that the average transaction volume was 300,000 daily with a peak of 2.6 million (nearly three times that of the Bitcoin network, according to the whitepaper).

From the Kik Points experiment, KIN was born. Think of it as a ‘blockchain upgrade’ of Kik Points. To understand how the company intends to integrate KIN within the Kik app, let’s take a look at its prospective use cases.

KIN’s whitepaper identifies six prospective use cases. They are:

As a concept, these prospective use cases do make sense, and it’s easy to see how such a system would be able to thrive within Kik. Kik’s strategy is a pivot from other messaging companies’ business strategy of using established third-party payment providers like PayPal within their app. For example, Telegram has launched such a service via Stripe where users will be able to make purchases through bots. Google is, of course, using its own software.

Is KIN Pivoting Away from Ethereum?

In its whitepaper, KIN was originally planned to be built upon the Ethereum platform, just like so many other cryptocurrencies. However, in December 2017, Kik CEO Ted Livingston announced in a live Q&A that the company is considering pivoting to the Stellar network, a fully open source distributed blockchain created by Ripple’s co-founder Jed McCaleb.

Livingstone mentioned a few problems his team was having with the Ethereum network, which was also mentioned in the whitepaper. The issues were:

The company is currently testing the Stellar network for scalability and reliability with the shift said to be happening in the second quarter of 2018.

KIN’s total supply is 10 trillion units. The token sale (including pre-sale) distributed one trillion of those units. The remaining 9 trillion KIN is allocated as follows: 3 trillion KIN to Kik, which will be subject to a long-term vesting schedule of 300 billion KIN per quarter for ten quarters. The last 6 trillion KIN will be allocated to the Kin Rewards Engine.

The Kin Rewards Engine, which has 60% of the total supply, is the mechanism for distributing rewards to all participants within the proposed ecosystem. Each year the engine will dispense 20% of the remaining rewards allocation. This would mean that the amount of KIN distributed by the engine will get progressively smaller, but the idea is that this would be balanced out by KIN increasing in value.

How Has KIN Performed Since the Token Sale?

The potential pivot to Stellar likely caused the end December price spike. The market is hoping that such a pivot would speed up KIN’s adoption into the Kik ecosystem, which could then get them a listing on a major exchange. This would be a significant liquidity event that could drive the price of KIN up even further. Right now KIN is only on a few exchanges, Mercatox, Bancor, and EtherDelta. These exchanges (except Bancor which is another new ICO) do not have the best reviews.

Right now, KIN is still in an early stage limbo. Despite the price spike, liquidity is still very low, meaning that gains are difficult to realize. Whether KIN has a future or not, depends on Kik’s ability to successfully pick up, and improve where Kik Points left off. Rumors on Reddit are that Kik remains hesitant to apply for listing on major exchanges because they are worried about how that would come off to the regulators.

What do you think of KIN and its potential? Can Kik deliver? We would love to see your comments in the discussion box below!