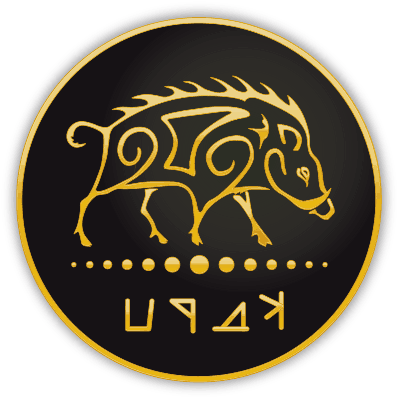 The cryptosphere is uncovering many use cases for blockchain technology, some of them novel and fundamental. What could be a more worthy project than ensuring the world’s history is not lost to future generations? This is where Kapu, a Europe-based project, comes in. They want to put all of the world’s data about history and archaeology on a secure blockchain.

This might seem a bit apocalyptic, but the idea is drawing significant attention from investors. Kapu are currently in a token sale, and the importance of their goals and how they plan to do it is turning heads in the crypto world.

The need for records

The nature of the possibilities of blockchain technology is not limited to the financial sphere. There are very high-profile features such as smart contracts, which are readily applicable to things like insurance and make business models previously unthought of proliferate.

But there is a more ready-made application of blockchain that is now getting attention from entrepreneurs and investors. The deeper way that blockchain technology can add business and social value by acting as a source of record and independent arbiter of truth in a networked world.

This importance of this use case is visible in many projects that have been very successful in recent months. Most notably, Factom is a store of record that allows people (especially in third world countries where record keeping is less secure and more expensive) to avail of a place to store and share important records like property deeds. Factom does this by rooting anchor data in a blockchain, thus making it immutable and retrievable at a later date.

Factom has attracted significant investment, but it is not the only blockchain startup to target the goal of being an information repository. Kapu is a European startup that is aiming to do for archaeology and history what Factom has done for legal documents – preserve them reliably and securely.

This is more important than you might think, and as has been seen with other blockchain startups, if you can provide a valuable use-case then investors and users will create network effects for your platform. If Kapu can leverage the interest in their project, then they have a shot at becoming a relevant entity in academia and research.

The problem: Information in stone

When you consider recent and not so recent history, it makes perfect sense to have a risk-proof store of historical and archaeological data stored for humanity. Ever since the fire that destroyed the great library of Alexandria in ancient times, which resulted in the loss of a lot of human knowledge, civilizations have been keen to make information stores disaster and tamper proof.

This might seem redundant in the age of the internet. But in fact, there are several reasons why it is as vital as ever.

First of all, there has been a marked trend of censorship and destruction of information in the past century. From the Great Firewall of China to the Taliban destroying historic statues, knowledge and artifacts are never safe from interference.

Second is the fragile nature of historical knowledge – once it is destroyed, it cannot be retrieved. Over the course of generations the odds we will lose a given piece of knowledge increases.

And of course, there is now the proliferation of fake news and facts, making populations more susceptible to misinformation.

Natural disasters are not as much of a risk to damaging our collective store of knowledge – we have underground data centers that can withstand almost any adverse conditions. So unlike in the days of Alexandria when catastrophe was the most significant risk to knowledge records, the human threat (especially from rogue governments) is the real danger.

The Kapu solution is to back up historical and archaeological records in a blockchain powered distributed trove of information. This will make the world’s knowledge accessible to anyone but not modifiable, especially by any single actor. The Kapu team have more interesting use cases planned like VR enabled 3d renderings of historical sites. As with all blockchain platforms, there will be novel applications built onto this platform in future.

This is the same mechanism used by the ARK ecosystem and has been shown to work well. In fact, several members of the ARK project are also directors or advisors to the Kapu project.

The nature of the Kapu value proposition immediately solves many of the problems mentioned earlier regarding preserving history. Since it is decentralized, it cannot be easily manipulated by those with dishonorable motives.

Furthermore, since blockchains are immutable, it is readily able to preserve information in a sequentially linked manner.

The team behind Kapu seem to have the right ingredients for making the project a success. Aside from the involvement of the ARK team, Kapu has team members with direct experience in the relevant fields.

Their token sale is running at the moment. If the platform can gain popularity then the underlying tokens (which are needed to interact with the functionality of the platform) then investors can expect a significant appreciation in token value.

This has happened with Factom, which has shown the amount of increase in token value can be achieved by providing a solution to the need for a reliable store of data. Just like Factom, Kapu aims to make information more reliable. If they can prove this to investors and users, they could be a new standard in archaeology and history.