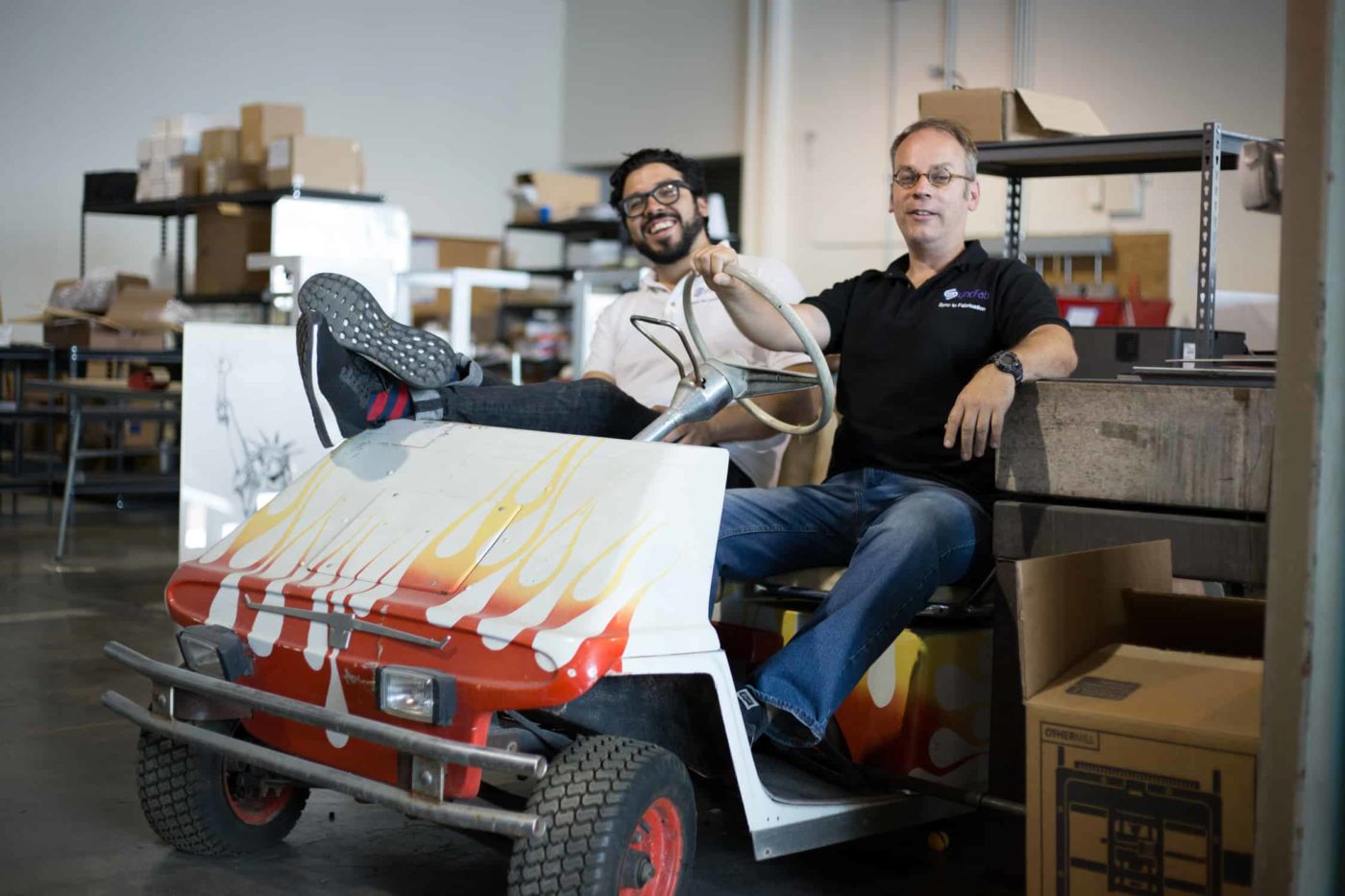 SyncFab comes straight from the tech hub of our modern era – Silicon Valley. Silicon Valley has been criticized for its role in leaving behind Middle America, attracting a majority of all venture capital and releasing disruptive technology, including automation, that they say is destroying the traditional middle class. It has also caught flak for its heavy use of outsourcing, although that is just as common in Middle America as well.

SyncFab, founded back in 2013, wants to help tackle those issues. The idea behind its platform is to remove the middleman from the manufacturing by connecting buyers directly with hardware manufacturers. This will reduce costs on both ends by eliminating some marketing costs and intermediaries such as procurement firms. Plus, this will also increase the efficiency of the overall process.

The company is focusing on smaller US-based manufacturers, specifically CNC (computer numerical control) machine shops, as its supplier/manufacturer network. Grand View Research estimates that globally, this market was worth about $56 billion in 2016 and will reach $100.9 billion by 2025.

By focusing on smaller domestic manufacturers, SyncFab hopes to promote ‘reshoring,’ that is local job creation. It also notes that domestic manufacturers have an inherent geographical advantage, and by using its platform, costs can be reduced to be more competitive with foreign manufacturers. Finally, it is the smaller players in the market that have trouble finding manufacturers or purchasers; the big players have no issue at all.

SyncFab’s platform has been live for a few years now and is in its second iteration. Its upcoming third iteration is taking its platform to the blockchain and is a logical next step. Its ICO, which is live now, is to fund this transition. Like many companies which are looking to integrate blockchain technology with a pre-existing platform, SyncFab has opted to use the Ethereum network.

After a successful presale, SyncFab launched its public crowdsale on Feb 15, 2018, and it is live until March 15. The softcap of 15,000 ETH was reached on March 3, with the sale having a hardcap of 33,000 ETH, which is worth approximately $30 million. At the time of this writing with eight days to go until the end of the token sale, only 15,062 ETH has been raised, according to the counter on SyncFab’s blockchain website.

As such, unless the counter on the website is broken, it looks like SyncFab will not even come close to hitting its hardcap. Since unsold tokens will be burnt and given the price of 1 ETH for 5,000 MFG (the SyncFab internal token), excluding bonuses, a reasonable estimate is that 65 million MFG tokens will be burnt. This is out of 300 million MFG available for sale (30% of total token supply) and assumes that the token sale closes with 20,000 ETH raised. At this rate, 20,000 ETH raised would be an optimistic projection.

This won’t have a big impact on the total token supply, but the question is how will falling so far short of its funding goals affect SyncFab’s development? Let’s look at its roadmap.

According to SyncFab’s whitepaper, it will begin integrating the MFG token into its platform in the second quarter of 2018. The third and fourth quarter will see the company integrating the relevant smart contracts. In 2019, SyncFab is planning to customize these smart contracts further, implement live data feeds, and do more strategic outreach.

However, the whitepaper also mentions that the last part is conditional on reaching the hardcap. Since that is looking very unlikely at the moment, it seems that SyncFab’s development will stop at basic smart contract integration. Of course, this may very well change in the future, but overall this is a negative for the long-term prospects of the MFG token (the platform itself, as an existing product, may very well continue to thrive).

Once the MFG token is integrated into SyncFab’s platform, token demand will be generated via several methods.

Under this tokenomics model, payments from suppliers to the manufacturers are still paid in fiat. To use a (poor) analogy, the MFG token is like the cherry, while fiat currency is still the actual cake itself. While SyncFab has said that it may expand the use of the MFG token to replace the current fiat currency payments on the platform, this seems to be only speculation at this stage, especially considering that the token sale will probably finish far from its hardcap.

What is the Short-term and Long-term Potentials of SyncFab?

In the short-term, SyncFab has okay potential. On the one hand, because the soft cap has already been reached, the tokens will be distributed by the end of the first quarter. An exchange listing will give a great short-term boost for the token. On the other hand, SyncFab has relatively little momentum. Its Telegram group has a little over 10,000 members, which is decent but nothing spectacular. A Google search shows that marketing efforts, while present, are not strong. This could be the reason why the ICO hasn’t been as successful as it should be.

In the long-term, SyncFab’s business model does seem viable. Its non-blockchain platform has gained quite a bit of local traction, and the White House has even recognized it as a member of the US Department of Energy’s Clean Energy Smart Manufacturing Innovation Initiative. And integrating blockchain technology with its platform is a logical next step.

Further, SyncFab does not have much or even any competition in this niche at the moment. A recent survey by Juniper Research revealed that 60% of large corporations are considering using blockchain. IBM, which is developing its Hyperledger blockchain, has mentioned the potential use of blockchain in manufacturing. However, by focusing on smaller manufacturers and CNC machine shops, in particular, SyncFab appears to be in an uncontested space, at least for the moment.

However, it remains to be seen whether the token incentives as described in the previous section will be enough to get purchasers and manufacturers to switch over to the MFG token entirely. There is a risk that if they find the process to be more cumbersome than the current platform that they may try to use fiat currency as much as possible or to abandon the SyncFab platform completely. This will become clearer once SyncFab launches its smart contract capability in 2019.

What do you think of SyncFab? Do you think that the token incentives are sufficient to drive growth and adoption of both the MFG token and the platform? Let us know your views in the comments below.