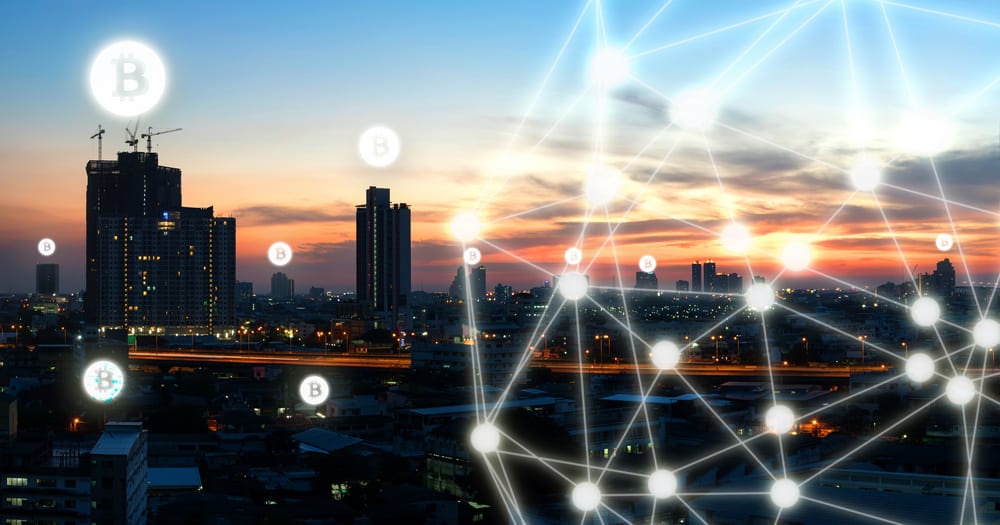 In a keynote speech at a Blockchain Conference held November 1st in Prague, Jeffery Burns opened the Blockchains LLC global event launch by presenting himself after being introduced by his brother and president of the company. The speech that lasted a little over 30 minutes was an opportunity for Burns to unveil his company’s plans for the next decade.

Describing himself as a consumer attorney by trade, Jeffrey Burns opened his keynote speech by describing his practice focus as directed toward predatory lending, claiming to have always fought on behalf of consumers. Burns held that the Blockchains LLC initiative stemmed from his purpose to make a difference in the world. He also confided that a soul-searching journey drove him to learn about Bitcoin, then the Ethereum Whitepaper written by Vitalik was where he started to understand the real life-changing potential of Blockchain Technology. Burns declared:

“Imagine a world where anybody anywhere can collaborate, establish the rules of that collaboration, enforce those rules, exchange value, and do it on the blockchain, no government, no banks, no corporations, just trusting in math. I believe it is the first time in humanity’s history that we have this potential,”

“We created NetID. NetID uses vein-scanning technology, which is a light that flashes in your veins, and then hashes it, put some personal information in that will identify you and only you have the key to that. That NetID will be able to link to uPort and other identification systems and will create a singular biometric identity that we can use for our custody solution.“

Burns named custody to be the biggest area where existing flaws could be taken advantage of by thieves and hackers. He explained his statement by hinting that the whole blockchain ecosystem could collapse if people start losing their digital assets because they don’t have access to their private key. He added that in a digitally immersed future those assets could be any form of property, goods or resources with private keys providing access, just like a physical key provides access to a home.

Burns affirmed that Blockchains LLC has already began working on its vault system contracts with Giveth, a community of software and blockchain developers. He revealed:

“We created a series of EDCCS [executable distributed code contracts, aka Smart Contracts, Ed. Note] so that people will be able to store digital assets in cold storage that could then be moved to warm storage and then to hot storage […] every asset will eventually be digitized […] and those consumer protections on those digital assets are going to be key.”

The second aspect of custody Blockchains LLC allegedly focused on, is where to store backup keys and how to distribute them in a way to prevent theft. Burns revealed that his company acquired two nuclear bomb resistant, Electromagnetic pulse (EMP) resistant, underground bunkers the US government built in the 1960s along with AT&T. Those bunkers will be repurposed, alongside a new bunker the company intends to build in Nevada.

Furthermore, the company announced that it has acquired a similar underground vault in Switzerland and one in Sweden for its global citizens.

“What we will be able to do is provide security that is unmatched that no bank, no single government will be able to offer to the people who want to put their digital assets in storage here.”

A week before the event rumors swirled about the company’s plans, and the Smart City scenario was exclusively evoked by blokt.

The hologram of the little girl featured in the company’s teaser video asked Burns on the next revelation to which Burns answered:

“We are building the world’s first smart city based on blockchain technology from infrastructure all the way up. 68,000 acres, roughly the size of Reno, half the size of Prague. The government of Nevada deemed it Innovation Park. It’s not so much a city as much as a series of different projects to highlight the power of the public blockchain.”

He added that the plot of land will feature a 10,000 acres campus as part of the innovation park that he named “Blockchains Graphene Valley.”

Burns proclaimed that the city will be a high tech, high-security park and a research and development facility that will incubate AI, nanotechnology, 3D printing all using blockchain as their core.

Burns also disclosed that NV Energy a Berkshire Hathaway company signed a MoU with Blockchains LLC to incubate new types of energy relationships with their customers, like peer to peer energy trading in the residential community they are planning to build.

Furthermore, the company plans to establish what Burns referred to as the first immersive content creation studio that will “change the way content is distributed and monetized” and that will give power back to content creators.

e-gaming and e-sport were also part of Blockchains LLC’s plan. In which Burns held:

“We need to build the first e-gaming arena in the world where tournaments and quests could take place and be on the blockchain.”

He maintained that the first arena of this kind will be built in Nevada with a series of other ones to follow worldwide.

Burns revealed that he was the one to successfully fill a motion to intervene as a Coinbase customer, following the IRS crackdown on the exchange back in December 2017.

“Instead of getting records of millions of customers, they got records on 70,000 and it was for a very limited type of customers.”

However, he claimed that his bank accounts were frozen shortly after, because of what he thinks is his involvement with cryptocurrencies and blockchain.

Burns went further and announced that he bought a bank himself that is pending regulatory approval and aims to operate it as the most transparent, consumer-friendly, and blockchain friendly bank in the world.

The hologram then asked him why should people trust what he says in a world full of stories where the ones that held claims of changing the world, failed after greed took over them. Burns explained that he intends to build the world’s first “distributed collaborative entity.” The latter is his own vision on how to get people to join businesses, investors, thinkers, and doers and be involved somehow in building his utopian city together. He said:

“Blockchains has a value of over 300 million in assets and zero debt. I intend to distribute out 90% of the ownership of blockchains and 100% ownership of the voting rights of blockchains to five or six stakeholders groups. One of those groups are the developers making dapps.”

The end of the speech was marked by a short advertising video of the next futuristic city blockchains intends to build, followed by a round of applause.