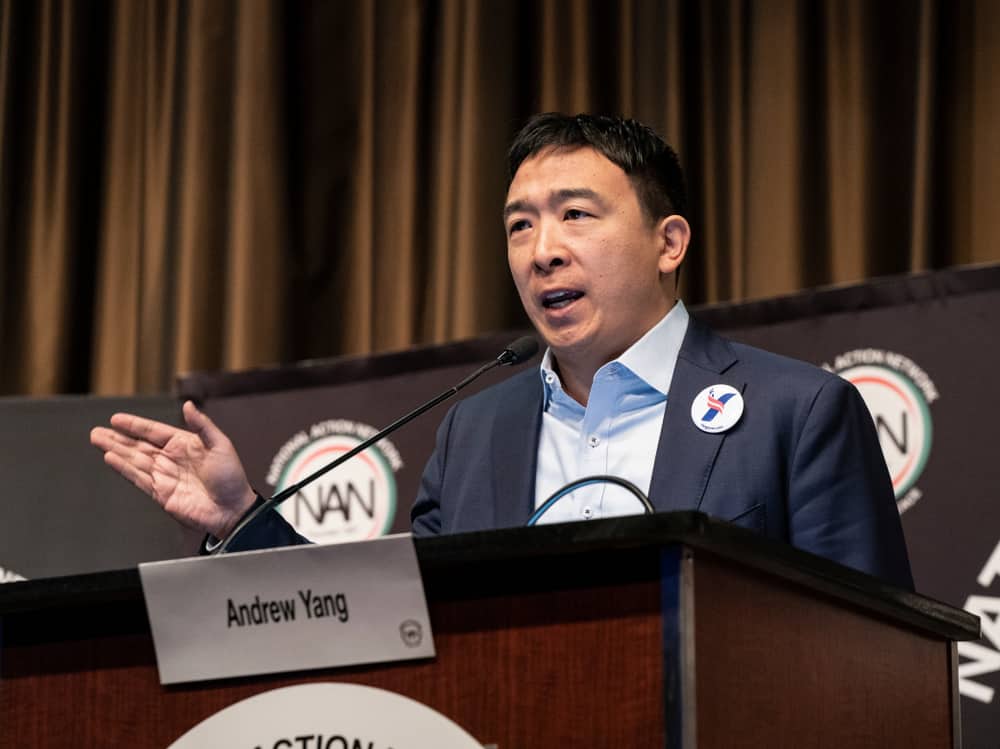 Andrew Yang, a United States presidential candidate running for the Democratic Party, has come out to air his support for cryptocurrencies and their underlying technology, blockchain. The digital entrepreneur revealed that he would like to see greater regulation of the crypto space.

Contents hide
1 Blockchain Needs to Be a Big Part of the Future
1.1 Related Articles:
2 Cryptocurrency Regulation Still Unclear in the US

Blockchain Needs to Be a Big Part of the Future

The US presidential candidate while addressing cryptocurrency enthusiasts at the just concluded Consensus Week 2019 pointed out that he would like to see more regulatory framework for the cryptocurrency community.

Yang added that he believes blockchain tech could help spur innovation. He stated that blockchain needs to be a big part of the future. If elected as president, Yang assured the cryptocurrency community that they would have some fun.

The presidential candidate has become a popular figure within the crypto space after he published a framework that calls for a precise definition of tokens and tax rules concerning cryptocurrencies. Yang is also calling for clarity regarding the agencies that have regulatory power over the crypto space.

During an interview at the Consensus 2019 event, Yang explains that there is a need to provide “rules of the road.” It is important to figure out which agency is going to deal with individual digital currencies, he added. According to Yang, it would be unfortunate if authorities had to decide which framework should be used anytime a new cryptocurrency is launched. He suggested that based on the existing security regulations, the consumer protection aspect of this can be used to a certain extent.

While Yang doesn’t hold any cryptocurrency at the moment, he has invested in some vehicles that hold some digital currencies. Also, cryptocurrencies can be used as a means of payment when contributing to his campaign.

Yang is one of the least known presidential candidates under the Democratic Party. However, his popularity alongside his online followership has been increasing in recent weeks. The regular media appearances has done Yang a lot of good. He recently made an appearance at THE JOE REGAN EXPERIENCE, a favorite podcast by Joe Regan.

Cryptocurrency Regulation Still Unclear in the US

While the IRS views cryptocurrencies as properties and issued tax guidance regarding them, the Financial Crimes Enforcement Network (FinCEN) doesn’t consider them to be legal tenders. The Commodity Futures Trading Commission (CFTC) and the Securities and Exchange Commission (SEC) are currently the most active agencies dealing with cryptocurrencies, and they are working to provide a clear regulatory guideline for the industry.

Yang’s passion for cryptocurrencies and blockchain is winning him some supporters as the United States remains one of the most active crypto countries in the world.