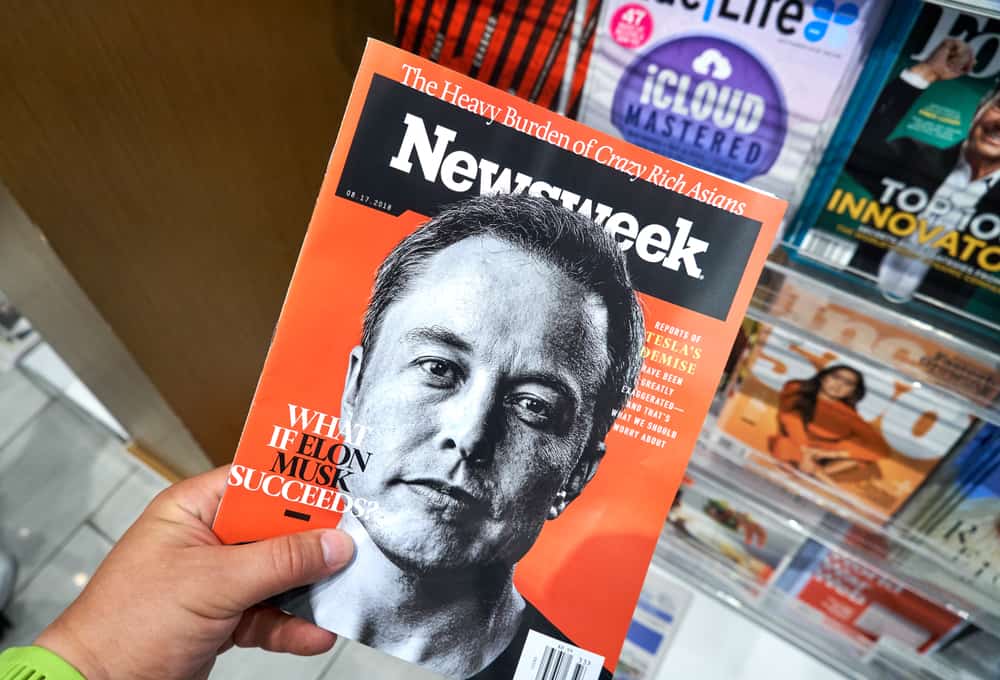 Twisted speculations have swirled for months as to the moves and motives of a Nevada-based blockchain-focused company named Blockchains LLC. The latest one being an imminent announcement of a pilot Smart City Project in collaboration with Elon Musk, inside the Tahoe-Reno Industrial Center, the largest industrial Park in the U.S.

In fact, only a few people have heard about Blockchains LLC so far. The handful of information made public by the company does not seem to give any detailed description or straight-to-the point explanation on its scope of work or future plans.

The latest public appearance made by the company’s CEO, Jeffrey Berns (a California trial attorney, known for having won big class-action lawsuits in the past) was on October 9 of this year.

Back then, Berns was invited to take part of a Tech Summit held inside the Tesla Gigafactory, at the Tahoe-Reno Industrial Center (TRIC), organized by Nevada’s Governor Brian Sandoval. Alongside him were Elon Musk, founder of Tesla and SpaceX, as well as top executives from Panasonic and other tech firms in the TRIC.

Below is a timeline of the events that developed throughout the nine previous months, and led to rumors of potential involvement of Blockchains LLC in a Smart City project with Elon Musk.

Back in January 2018, Blockchains LLC purchased a massive 67,125 Acres piece of land on the TRIC and started constructing offices on it.

Six months later, the company unveiled to a group of local news reporters its new office building. Channel 2 reported on June 21st, that Blockchains LLC completely renovated an existing facility, leaving only the shell of the building.

The new building which will serve as the company’s future headquarters is reportedly highly secured, hosts a developer room, public and private conference rooms, and a dedicated area for ETHNews. It is worth mentioning that ETHNews, is a cryptocurrency focused online news outlet and magazine owned by Blockchains LLC.

In fact, the first concrete revelation about the company’s business intent came from Sarah Johns, the PR Director at Blockchains LLC, who revealed to Channel 2:

“We want to be seen as an incubator not just for Blockchain technology but also, A.I., 3D printing and nanotechnologies”.

Speaking of what the company will be doing with the remaining 60,000 acres, she said that Blockchains LLC have the capacity and the space to change the world.

Filling for a Fiber Optic Application

In late August 2018, the company submitted a telecommunication service application with the Nevada Public Utilities Commission.

The document defines Blockchains LLC as a company that will develop proprietary blockchain applications, incubate blockchain-powered ideas, ventures and businesses, and would showcase Blockchain’s “real-world use cases in TRIC and Painted Rock,” (Painted Rock is an adjacent land to the TRIC the company has also purchased, located East of Reno, NV).

“Blockchains Communication [A new entity formed in May 2018 and fully-owned by Blockchain’s LLC] seeks to build operate and maintain a new fiber optic network to provide telecommunication services to commercial businesses located in TRIC and the future residents of the surrounding area”.

Furthermore, under the Exhibit 6, Section Potential Projects, the application states that Verizon Wireless (the giant U.S. Telco), has engaged with the company in talks to build a cell tower that Verizon intends to construct on Blockchain LLC’s property.

The Tech summit of October 9, organized by the Nevada Governor Brian Sandoval, where Jeffrey Berns spoke next to Elon Musk, was the major event that caused rumors to swirl about a potential collaboration between the two. In fact, so far nothing would explain Blockchains LLC’s acquisition of land the size of New Zealand, a five million people country.

During a discussion panel at the Tesla Gigafactory, Gov. Sandoval gave a proclamation to Blockchains’ CEO and named the company “one of the big chapters” in Nevada’s future. Speaking of his company, Berns held that Blockchains LLC is planning to build a “sandbox” for blockchain technology that has never been seen before, without giving further details. He reiterated the same slogans of his company being the one to change the entire planet. He also claimed that Blockchains LLC would employ “10,000 to 20,000” during the next decade.

The tweet Elon Musk wrote on October 22, was another piece of the puzzle to understand what makes people think about the Smart City collaboration. As a reply to a question about Tesla account 2-factor authentication, Musk wrote an obvious tongue-in-cheek answer. However, the reference to cryptocurrencies in this particular moment was enough to enforce the rumors.

On October 23, Blockchains LLC published a teaser on its official YouTube channel, which finishes with the tagline “I don’t want to wait.”

The video features a young girl, writing ones and zeros in encryptions in the desert sand, speaking of blockchain changing the world for the better, and a fair future for everyone.

Whether it’s a Smart City pilot project, or a massive blockchain incubator, or anything else, Berns has already revealed that the company would announce its plans on November 1st during a blockchain development conference in Prague.