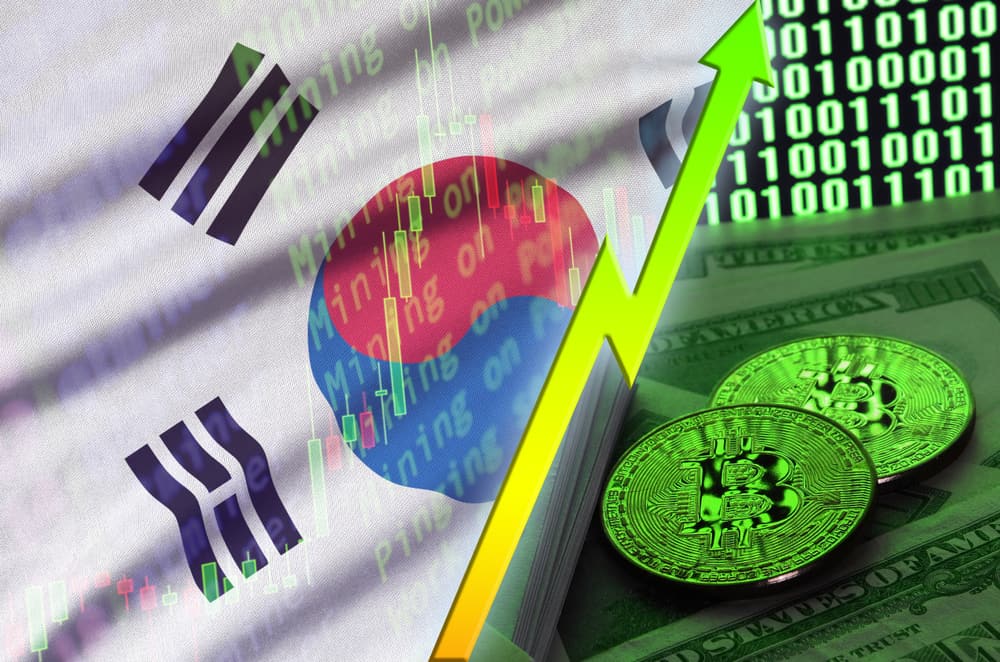 The average cryptocurrency investment by middle-aged South Korean investors has doubled over the past year.

Also, the median amount invested in cryptocurrencies by retail investors in the country has increased since 2018, signifying a rise in confidence despite the bear market.

According to the Korea Financial Investors Protections Foundation, the amount invested in the cryptocurrency sector by retail investors in the country has increased over the past few months. The agency revealed that the average amount spent in crypto by retail investors is roughly $6,100.

In a report by a local media outlet, Arirang Daily News, the investors are using fiat currencies to purchase more cryptocurrencies. The statement added that investors in their 40s and 50s had doubled their investment in the cryptocurrency space since 2018, signaling an increase in confidence amongst the older generation.

In general, the Korea Financial Investors Foundation revealed that the number of South Koreans committed to cryptocurrency investment has risen from 6.4 percent to 7.4 percent over the past 12 months. Also, the average amount invested in crypto by individual investors surged by 64.2 percent since 2018.

These results were obtained via surveys carried out by the Korea Financial Investors Foundation in the six largest cities in South Korea. The study was targeted at investors aged 25 to 64, which represents the working class population.

Cryptocurrency investment remains an attractive venture for South Koreans despite the problems affecting the industry. Last week, a cryptocurrency exchange in the country Coinnest, announced that it has started terminating its services.

According to its official website, the crypto exchange has been struggling to cope with the changes in the cryptocurrency and blockchain space, leading to the decision to close their doors. The services are now terminated, with withdrawals of customer funds to be completed before June 30.

Coinnest lost $5 million in Bitcoin and other cryptos earlier this year following a mistaken airdrop process. This seems to have affected its performance as Coinnest’s trading volume plunged afterward.

Bithumb, one of the largest cryptocurrency exchanges in South Korea suffered a hack last month. Bithumb lost roughly $13 million in EOS, with the exchange stating that it believes the hack was an inside job.

Thankfully, the stolen cryptocurrencies were owned by the company, with none belonging to the customers. Bithumb noted that the hack was an inside job since no external exploit was detected on its systems.

South Korea Remains a Force in the Crypto Space

Despite the negative challenges faced by crypto exchanges in the country, South Korea remains one of the leading cryptocurrency countries in the world. The government has increased its efforts towards regulating the crypto space, submitting six bills to the National Assembly late last year.

The government seeks to provide better protection for its citizens investing in cryptocurrencies while ensuring that innovation in the sector is not crippled. The government security audit assesses the security level of crypto exchanges and approves those that are less vulnerable to hacks and with excellent safety measures in place.