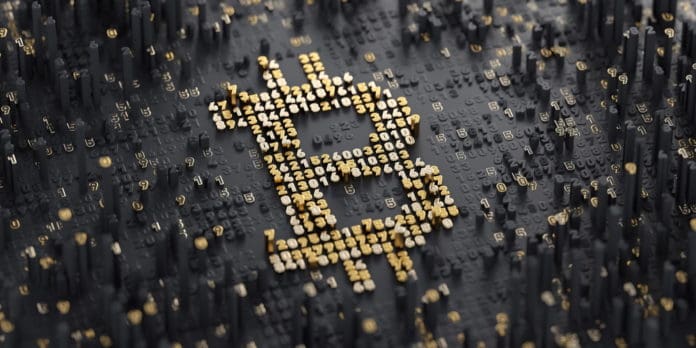 While Bitcoins price grew 25 percent in April after a significant decline from $20,000 in December 2017, Bitcoin’s average price has been decreasing on a month-by-month basis.

The fall in prices may be a result of the decline in participation from mum-and-dad investors due to new government bans and regulations on the cryptocurrency industry.

According to CryptoCompare, volumes at cryptocurrency exchanges fell from $9.1 billion in March 2018 to $7.4 billion in April 2018. These figures are a significant contrast to the almost $17 billion in volume in December 2017.

Institutional funds have, however, developed a new appetite for cryptocurrency investments.

Nicholas Colas, the founder of investment research firm DataTrek, believes that the cryptocurrency industry “needs a new narrative. There is every chance that if there is some sort of institutional involvement, there could be a move higher.”

Institutional investors see an optimistic future for blockchain technology and cryptocurrencies, deeming it the vehicle for the next wave of innovation. “I think Bitcoin is an under-owned asset with potential for huge institutional sponsorship coming,” said Tom Leff, co-founder of Fundstrat, to CNBC.

Movement of institutional funds are not very clear

According to Reuters, very few institutional investors have spoken to the public about cryptocurrency trading and investing. Many asset managers do not completely understand and remain quite uncertain of the emerging technology. A recent Thomson Reuters survey, however, found that in the next 12 months, one in five financial institutions may consider cryptocurrency trading, with 70 percent planning to trade in the next three to six months.

While institutional investors can invest and trade larger amounts, their trades are often not visible by over-the-counter (OTC) brokerages and platforms. According to Investopedia, “a trade can be executed between two participants in an OTC market without others being aware of the price at which the transaction was completed.” OTC markets are therefore less transparent than cryptocurrency exchanges and are often subject to fewer regulations.

Institutional investors like George Soros and Goldman Sachs have recently joined the cryptocurrency trade. These investors are unlikely to trade like retail investors, following small peaks and troughs, but are rather more interested in blockchain, the technology powering cryptocurrencies.

Analysts are, however, currently divided over the cryptocurrency industry as they are unsure as to whether Bitcoin will remain a digital asset or become a legal tender in commercial transactions. While institutional investors are moving into the cryptocurrency market, Bitcoin is however not currently accepted as a currency, remains extremely volatile, and does not have any intrinsic value.

Yet, “one of the reasons to own cryptocurrencies is because they are an effective hedge,” said Sam Doctor, a data analyst at Fundstrat. “Until something happens to disprove that thesis, you aren’t looking to sell them so long as other asset classes are falling.”

Joe Duncan, the founder of Duncan Capital, a Singapore-based firm also expects to see retail investors engage in cryptocurrency trading again when the government is a bit more open and flexible on their cryptocurrency regulations.