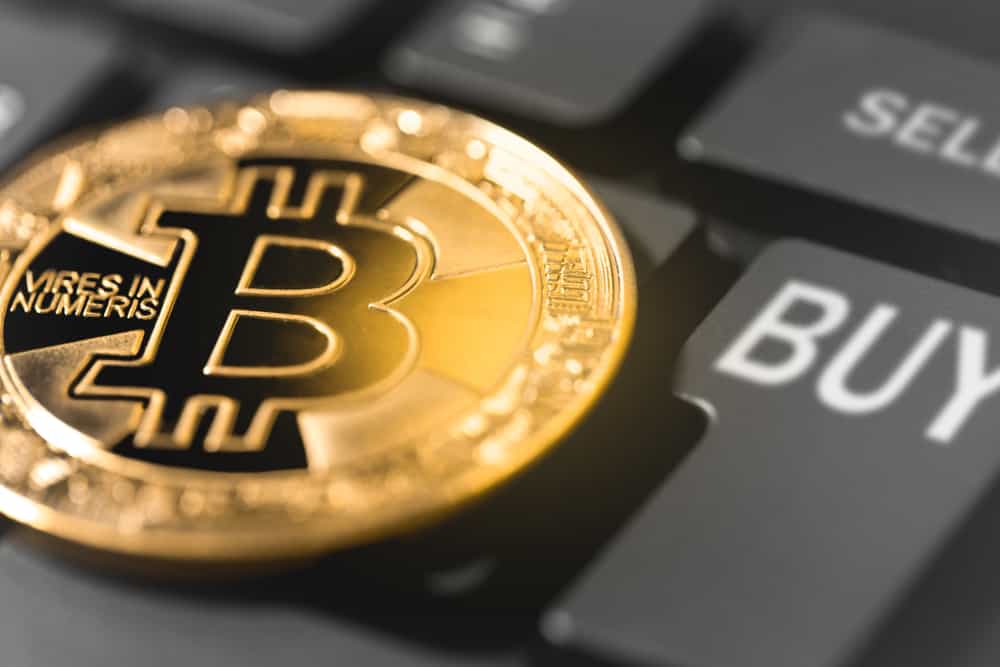 The Cboe Bitcoin ETF filing, of which the SEC recently postponed a decision on approval, has been a key talking point in the Bitcoin and cryptocurrency communities since Cboe filed its application in June. The current deadline for approval by the SEC is September 30, 2018, which can be further extended to February next year, by which point the filing must be approved or denied.

Contents hide
1 ETF Talk
2 The Cboe ETF Would Be Out of Reach for Most Retail Investors
2.1 Related Articles:
2.2 Intentionally Overpriced?
3 An ETF Won’t Change the Mindset of Institutions
4 A Future Share Split Could Open the ETF for Retail Investors
5 ETF Approval Unlikely, According to Courchesne
6 Perhaps an ETF Is Not the Answer – Other Types of Adoption Could Bring the Next Wave of Cash to Bitcoin

Many Bitcoin investors and traders appear to believe that the SEC’s decision on this ETF could make or break Bitcoin, at least in the short-term. A common narrative is that an ETF approval would lead to a trend reversal for Bitcoin, sending it back into a bull market like the one seen in the second half of 2017. Another belief is that the denial of the ETF will lead to further drops and yearly lows for Bitcoin, with a long road to recovery ahead.

[blokt] spoke with Bryan Courchesne, the managing director of Digital Asset Investment Management, who helped to shed some light on Cboe’s ETF and provide some realistic expectations of the outcome. Digital Asset Investment Management is a registered investment adviser for digital assets. The first of its kind, DAIM is properly licensed to advise and manage digital assets in accordance to the highest standards, with the capabilities of placing digital assets into brokerage and retirement accounts. We’ve outlined the highlights of our discussion with Courchesne below.

Cboe’s proposal indicates an ETF of which each share is made up of 25 BTC with an assumed price of $8000 per BTC. This puts the total cost per share at $200,000. The ETF will only be purchasable in whole units, making this $200k price far out of reach of the majority of retail investors. Of the very few examples of traditional securities listed at this size, one example is Berkshire Hathaway (NYSE:BRK.A), currently trading at $313,465, as of press time. Retail investors account for only around 10% of all owners of BRK.A, with institutions and company insiders owning the vast majority.

Cboe is expecting its ETF shares being purchased primarily by institutions, including hedge funds. Courchesne drew our attention to the filing, which states:

“the Sponsor expects that the Shares will be purchased primarily by institutional and other substantial investors (such as hedge funds, family offices, private wealth managers and high-net-worth individuals), which will provide additional liquidity and transparency to the bitcoin market in a regulated vehicle such as the Trust.”

To acquire the Bitcoin necessary to cover the shares in the fund, Cboe is planning on buying and selling OTC (over-the-counter) from and to similar counterparties to those that will be purchasing the shares. As stated in the filing, OTC Bitcoin transactions will be made with “hedge funds, family offices, private wealth managers and high-net-worth individuals.”

Cboe knows that this elevated price will be cost-prohibitive for most retail investors, and this overpricing was likely intentional. From the filing:

“With an estimated initial per-share price equivalent to 25 bitcoin, the Shares will be cost-prohibitive for smaller retail investors while allowing larger and generally more sophisticated institutional investors to gain exposure to the price of bitcoin”

An ETF Won’t Change the Mindset of Institutions

While retail investors hold the hope that proper custodianship solutions built into a Bitcoin ETF will satisfy the requirements of institutional money, the reality may be quite different. The Cboe ETF would provide this, but many fund managers will be waiting for a time-proven solution, and won’t necessarily invest heavily in Bitcoin as soon as a vehicle is available. According to Courchesne, custodianship will not change the attitude of fund managers towards Bitcoin’s volatility and risks. Also, there have been suggestions that institutional investors who want to hold positions in Bitcoin, would have already been accumulating.

A Future Share Split Could Open the ETF for Retail Investors

It is not unusual for ETF providers to split their shares, a process which creates more available shares at a lower price per share.  CNBC suggested that this maneuver was becoming more common for ETFs back in November 2014. Splits can help to maintain liquidity of an asset due to the new lower price of split shares, which could be particularly useful when shares are tracking the price of a volatile asset such as Bitcoin.

Courchesne discovered that Cboe has mentioned a share price of 0.025 BTC in their filing. This could be the writing on the wall that they would plan an eventual split of the shares. Cboe states:

Doing such a split would create a share price of $200 assuming a Bitcoin price of $8000, much more obtainable to retail investors than the original amount of $200,000. Generally, the rules for the possibility of a split get laid out before trading goes live, so interested parties will be watching closely to see how the filing develops to incorporate more information about any potential future splits.

ETF Approval Unlikely, According to Courchesne

Bitcoin traders were drawn to an article from The ICO Journal last month suggesting that Cboe’s Bitcoin ETF approval was inevitable. However, with the material from a pseudonymous author with no credentials, citing unnamed sources, many were skeptical as to the authenticity of the information provided. Speaking to [blokt] about whether or not the Cboe ETF will be approved, Courchesne feels like approval is unlikely. He said to [blokt]:

“I think the ETF does not get approved.  One of the reason’s the Winklevoss ETF was denied was because of the SEC’s concern over manipulation in the underlying market.  Nothing has changed in the space to curtail that and it is tough to prove that bitcoin markets are resistant to manipulation.”

On the potential market reaction to an ETF denial, Courchesne suggests a selloff is inevitable, but that it would be relatively short-lived:

“It’s hard to think anything but a selloff would happen if denied.  I don’t think it will take the space long to move on from the event and find new optimism and adoption.”

It wouldn’t be the first time a Bitcoin ETF has been sidelined, yet Bitcoin continues to attract investors.

Courchesne believes that we will start to see individual investment accounts adopting cryptocurrencies, which would make it easy for everyday investors to buy Bitcoin and other digital assets. He said to [blokt]:

“I foresee individual investment accounts (such as brokerage and IRAs) starting to adopt digital assets.  These are accounts that are typically hard if not impossible to link to self-directed crypto platforms.”

With the ETF decision deadlines fast approaching, including the deadlines for two funds from ProShares on August 23, Bitcoin investors are on edge. But perhaps hoping for approval from the SEC is futile. Bitcoin may prosper, as it has before, without the help of an ETF.