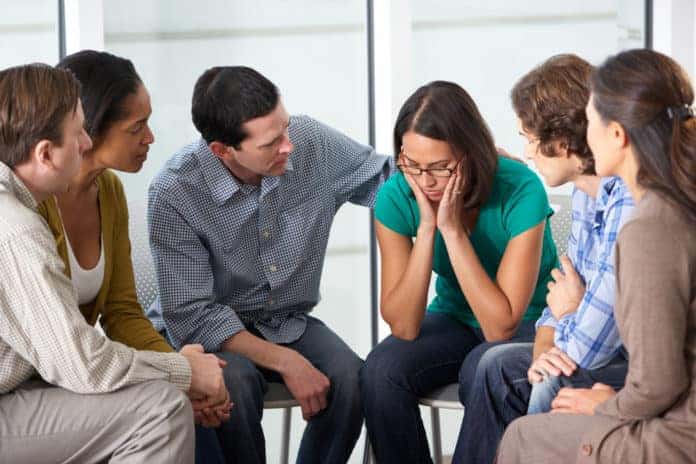 Castle Craig Hospital created a residential treatment course for cryptocurrency addicts who are struggling to cope and confront the primary issues concerning their addiction.

Cryptocurrency addiction is a very real phenomenon. According to the Times, experts believe that constantly trading Bitcoin can trigger a form of behavioral addiction. It becomes fairly evident when users are obsessed about following the price fluctuations. Experts have even pointed out the similarity between cryptocurrency addiction and online gambling addiction.

The Peeblesshire Scottish hospital already has alcohol and drug addiction programs. They believe that the cryptocurrency addiction course is one of the first in the world, and uses techniques similar to gambling addiction programs. While it’s unclear how many people are addicted to crypto trading, there are currently 13 million traders worldwide.

While cryptocurrency trading addiction has not been mentioned a lot in public, “the high risk, fluctuating cryptocurrency market appeals to the problem gambler,” said Chris Burn a former gambling therapist at Castle Craig Hospital. “It provides excitement and an escape from reality.”

Tony Marini, a previous cocaine and gambling addict will lead some of the sessions. “Having been through it myself, my experience of addiction gives me insight and empathy towards others who have the same problem,” said Marini. “I see cryptocurrency trading as a way for people to escape from themselves, into another world, because they don’t like the world they’re in.”

While there are many different approaches to assisting people with addictions, Marini believes that “the first stage of treatment is to join other addicts in group therapy and share their life stories. This helps them identify with each other and realize that they’re not alone.”

According to the Irish Times, despite Bitcoin’s plummeting prices and bearish market, investors remain hooked to cryptocurrency trading due to the continuing large interest in the space. While many members of the cryptocurrency industry are interested in blockchain technology and the long-term impact of cryptocurrencies, others have been addicted to the extreme risk and potentially large gains, comparing the experience of trading to shopping for bargains during a large Christmas sale. “It’s like a clearance sale, it’s like going shopping after Christmas,” said Akef O’Dwan, a student who is also an interest cryptocurrency investor.

“Previously I would have described cryptos as shares on steroids; now I would say they’re shares with jetpacks and boosters and then some,” said Nicholas Charalambous, the managing director of Cork-based Alpha Wealth.

Addiction to cryptocurrency trading has also become a topic of concern for the online cryptocurrency community. According to a Reddit thread submitted in 2017, many Redditors are also experiencing a strong addiction to price checking. “Are there cryptocurrency addiction support groups because I really think I have a problem,” said Reddit user Jimdesroches. “Looking at this stuff and researching and checking prices has literally become an obsession.”

Others like Insan2 have reached out stating that “you’re not alone. Also addicted to crypto’s here. I think it’s a problem for a lot of us here. As long it isn’t becoming a gambling problem I don’t see it that harmful.”

However, for those who are struggling, Reddit user sreaka, mentioned that there is a support group available every day on the Bitcoin thread and the community is happy to support anyone experiencing problems with their cryptocurrency addiction. Others like TurnABlindEar suggested to even “explain your situation to a clinical social worker or psychologist. If it’s not in their wheelhouse they can refer you. Psychologytoday has a find a therapist tool. I’ve used it myself.”