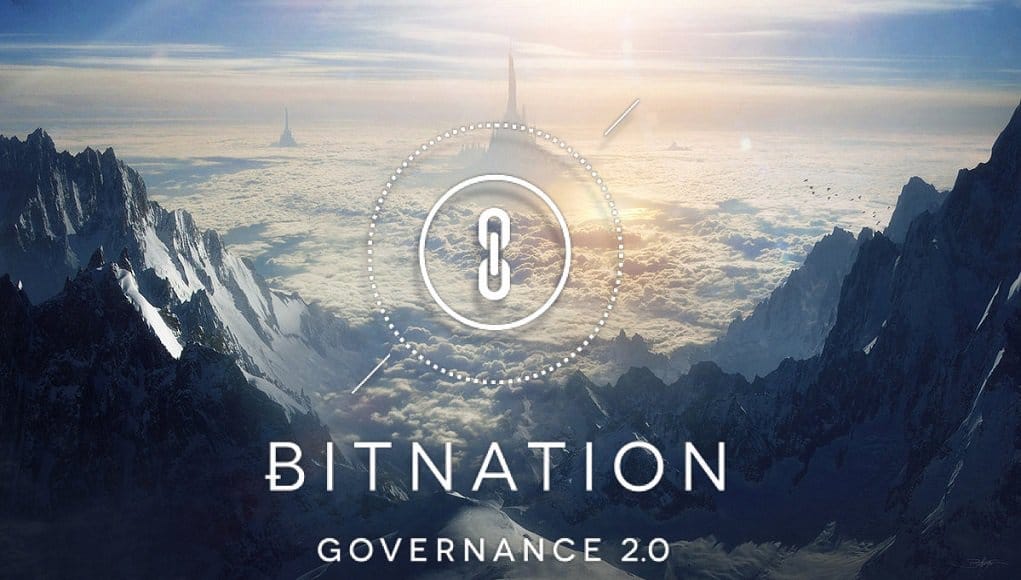 Many have believed that we are moving towards a post-nation-state world long before the recent explosion of interest in Blockchain technology. With an abundance of low-cost travel and a thriving digital economy, many now have the freedom to be location independent, and consider themselves more as world-citizens or digital-nomads, choosing to live and work where they please (within reason).

A term we hear a lot these days is globalization; this refers to the increasingly interconnected and interdependent world with free transfer of goods, services, and capital. Many people are also choosing to take opportunities abroad to study and work.

However, the world is still heavily dependent on nation-states for governance services and they still very much dictate the rules. It also seems, unsurprisingly, that many nation-states would not support the idea of a post-nation-state world.

USA’s president Donald Trump has made it very clear that he feels globalization has been a bad deal for his countries citizens. Free trade has led to the U.S. having large trading deficits with many other nations, and he is now seeking what he calls “fair-trade” or “reciprocal-trade” and policies that put “America First”. China and Russia equally have very pro nation-state stances, with strong military and economic strategies in place to strengthen and protect theirs.

Please be clear; I am not saying that I oppose nation-states in this article, but merely stating the barriers to overcome before a post-nation-state world could exist. I am not even blaming governments for acting in their nation’s interest, I would almost expect it from them, but is this what’s best for their citizens in the long run?

The process of becoming a post-nation-state world if this is to happen is likely to be gradual. As you can imagine, if we removed all the governments from the world right now many vacuums would be left, and who knows what would step in and fill them.

Blockchain, another step towards a borderless world

Blockchain has really entered the world scene over the last few years, and the interest and development of it only seem to be increasing. So much of its value seems to be coming from the fact it can cut out intermediaries, create trust in areas not possible before and enable peer-to-peer transactions.

This has proved to be another step towards a post-nation-state world as borderless payments are now possible via cryptocurrencies, and business agreements can be set-up using smart-contracts to ensure compliance. There is no need for governments or nation-states in both these examples.

But what about all the other services nation-states provide? What about security, education, infrastructure, and passports?

Well, this is where it gets interesting, and where we realize we are just at the very beginning of what blockchain could enable.

I would like to introduce to you an organization named Bitnation. They are using blockchain technology to create a global free market for governance services, and have created a platform called Pangea where users can create and join virtual nations.

Since their launch in 2014, they have already enabled the world’s first blockchain marriage, birth certificate, and world citizenship ID. They also partnered with the Republic of Estonia to create Estonia’s e-Residency program – the first Government issued digital ID available to anyone in the world.

If you think about it, do we really need state-approval for things like marriages and birth certificates if blockchain can provide immutable proof? I suppose right at this very moment state-recognition still has its benefits. But then if we are to look at the current situation for stateless refugees without ID or the billions of people who live without adequate records of what they own, then blockchain solutions could be one of the best options for them.

If enough people decide that blockchain offers the best solutions for them, due to costs, flexibility or the efficiencies it may provide, then at some point, this will become the norm and nation-states may have to recognize it whether they like it or not. In the future, there will likely be many cases where nation-states will have to decide whether to embrace governance services enabled by blockchain or fight against them.

On Bitnation’s Pangea platform, users will have complete freedom to create or join Decentralised Borderless Voluntary Nations (DBVN’s). The rules and functions of these DBVN’s are entirely customizable, including their constitutions, economic models, and legal codes, etc. One thing for sure though is that nations on the Pangea platform will all be competing for citizens which is a significant shift in power. As Bitnation states “Sovereignty shifts decisively from the state to the citizen.”

Pangea is also a global marketplace where freelance arbitrator services, smart contracts or laws can be purchased. Developers will be able to create DApps (decentralized applications) and offer them on the platform. An interesting example they provide in their whitepaper is a peer-to-peer security DApp that could be used to provide a form of “neighborhood watch” in local areas.

Will free-market governance lead us to a post-nation-state world?

What is to come of all this? Will democratic virtual nations prove most popular on Bitnation’s Pangea platform when citizens have free choice? Could the outcome fly in the face of the assumed notion here in western civilization that democracies are best?

Which new and innovative governance services will emerge? Particularly when these services are required from two parties that reside in different nations. Piece by piece we could see governance services being used from free markets over nation-states as it becomes more beneficial to do so. This gradual process would remove the risk of any vacuums being left, but still, lead to a diminishing role of nation-states.

Another potential outcome in a post-nation-state world would be the rise of global organizations like the United Nations. However, Bitnation’s founder Susanne Tarkowski Tempelhof makes it very clear she will be fighting against this as she states “behind all their do-gooder and fluffy world piece rhetoric, is a one size fits all world model, it’s a one world government, and that’s truly a bad thing.”

Humankind will always strive for freedom, the question is, do nation-states prevent this and can they endure if so? To finish, I will leave you with a quote from Socrates, the classical Greek philosopher – “I am a citizen, not of Athens, or Greece, but of the World.”