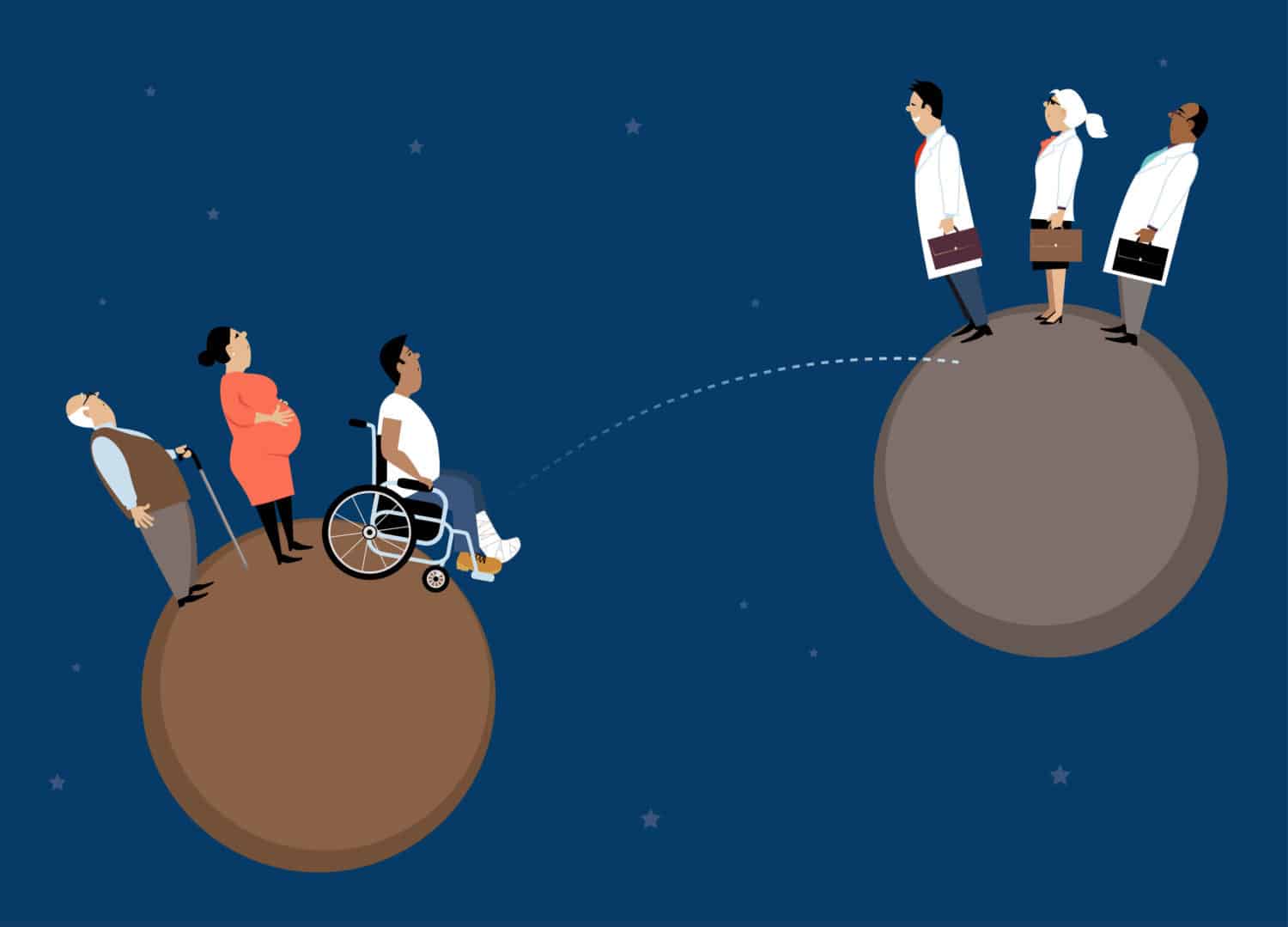 What is often lost in the discussion about cryptocurrencies and their underlying technology is the true power of the blockchain – and its ability to disrupt and transform entire industries.

In recent discussions with Moshe Praver, COO of medcredits.io, we discovered just how transformative blockchain’s potential is. For many years, healthcare has been a particularly stubborn subject for pundits and politicians, with reform efforts focusing mainly on health insurance and how services are delivered.

To Praver and the MedCredits team, those arguments largely miss the point. Instead of focusing on arcane issues like political payouts and health insurance claims, medcredits.io seeks to do something entirely new.

Specifically, the MedCredits model seeks to change the way healthcare services are delivered, changing the way patients and physicians connect and creating a more efficient, transparent and responsive healthcare system in the process. The idea behind the MedCredits platform may sound simple, but there is a high degree of complexity lurking underneath the surface.

When we asked Praver about what made MedCredits different, he put it this way –

“MedCredits is a platform that connects patients to physicians for healthcare services. It consists of a series of smart contracts and APIs that can power any decentralized application that requires licensed physicians or handles medical data.”

It is important to note that Praver and his team are hardly new to the blockchain concept. In fact, the team has been doing business in the blockchain space since 2013. During that time they developed a deep understanding of the technology behind the blockchain movement.

The history of MedCredits is considerably shorter, but Praver has every reason to believe his latest endeavor will be a successful one. He also stresses that previous experience with the decentralized blockchain has been invaluable in the creation of MedCredits and that its long-term history runs far deeper.

Praver also points out that even though medcredits.io is still in its infancy, the concept is already showing promise and excellent results. Praver pointed out that the company is currently in discussions with a number of blockchain projects to:

“provide key features such as proof of existence timestamping and stablecoin integration.”

The successful implementation of these features could be key to the success of the project, and the fact that they have already been addressed is undoubtedly a positive point in MedCredit’s favor.

In the end, the goal of the MedCredit project is to seamlessly connect healthcare providers, including doctors, nurses, specialists and other practitioners, with the patients who need their services. From the most straightforward healthcare needs, like treatment for colds and flu, to the most advanced, like treatment for recurrent cancers and chronic health conditions like heart disease and diabetes, quality coordination of care is key to driving down costs without sacrificing the quality of the services being delivered.

Ever since the Bitcoin explosion, many blockchain proponents have pointed to the underlying technology and its ability to lower costs for industries as diverse as banking and movie production. Now healthcare is clearly in the blockchain crosshairs, and MedCredits hopes to be one of the first to bring it to the industry.

In a recent statement, Praver pointed out that the firm had already discussed the use of its applications with various care coordinators, as well as healthcare professionals in some of the largest institutions around the world. This worldwide approach could be the key to their success.

Already there is a strong interest among physicians. The MedCredits COO points out that their physician database is growing every day, and he hopes to turn that large database into a competitive advantage.

As Praver puts it –

So far at least, the fight to lower the cost of healthcare has been a losing one. Even at its most efficient, the healthcare delivery system is often plagued with redundancies and dogged by inefficiencies. At the same time, those challenges have lit a spark in the technology world, as smart men and women seek a better way to deliver quality care. With the MedCredits project, COO Moshe Praver and his team believe they are on the right track, a track powered by the blockchain.