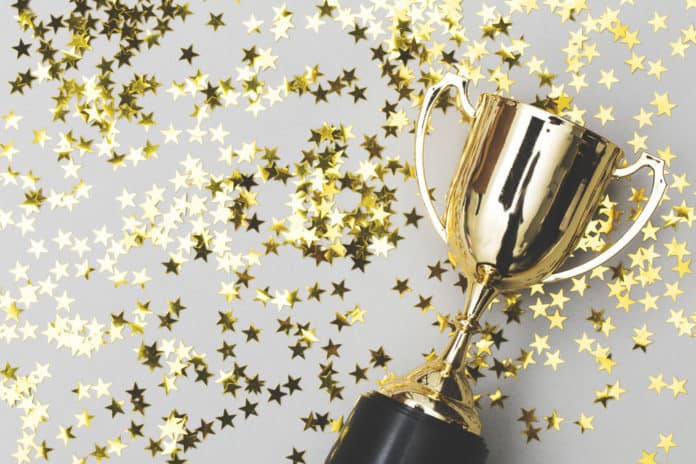 The poll was conducted using the first blockchain-powered polling app, Polys. Reports say 2,000 votes were cast in selecting the most influential woman and the leading blockchain company. The conference also took the opportunity to release a rating on Europe’s relationship with blockchain.

HIT Foundation‘s Chief Data Officer and Co-Founder, Dr. Quy Vo-Reinhard was voted the most influential woman in the industry. Dr. Vo-Reinhard’s company encourages individuals to upload their health data into the network by paying them with their token. By doing so, health data is available to all professionals worldwide thus pushing medical advancements.

Those who wish to access an individual’s data will be required to purchase the tokens to pay for it. HIT hopes to eliminate the monopolization of health data and to provide a platform where people felt comfortable and incentivized to share their health data.

On the company front, Bitfury was the leader. The company is one of the largest software and mining equipment producers in the industry. Bitfury offers services like Exonum, Crystal, and LightningPeach, as well as the Blockbox AC and an ASIC Chip.

Exonum is a framework for blockchain projects, which allows its customers to build decentralized applications based on the secure and reliable Bitcoin blockchain. Crystal is investigative analytics for cryptocurrencies and the blockchain. It provides a detailed view of the public blockchain ecosystem, permitting tracking transactions to real-world entities and determining criminal and suspicious behavior.

As for LightningPeach, it operates as a third-layer protocol hoping to simplify low-cost payments and access through its platform. While Cardano and Lisk offer powerful solutions, they weren’t enough to secure the top spot, coming in second and third places, respectively.

The Conference released a rating of the European countries with the most friendly regulations for the crypto industry. Switzerland came in first place, followed by Gibraltar and Malta. The Canton of Zug, in Switzerland, is believed to be credited for the positive goodwill the country has gathered. Some of the most notable projects in Switzerland are the Ethereum Foundation, Crypto Valley and ShapeShift.

The United Kingdom comes in fourth, followed by Denmark and Germany. The UK is responsible for projects like Blockchain.com, BitStamp, CEX.IO, and CryptoPay. Denmark and Germany both stand out for its 0% tax on cryptocurrencies, as well as Portugal, coming in seventh.

At the bottom of the list, Blockshow Europe ranked The Netherlands, Finland and Belarus, in eight, ninth and tenth place, respectively. The Netherlands is home to The Dutch Blockchain Coalition, an association counting on the synergy of over 20 organizations to establish a reliable method of enforcing digital identities.

Regardless of this rating, Belarus could be the safest place to operate in the blockchain industry. The country has announced Bitcoin taxes to remain at 0% until 2023, and Smart Contracts have already been acknowledged as legal documents within its borders.