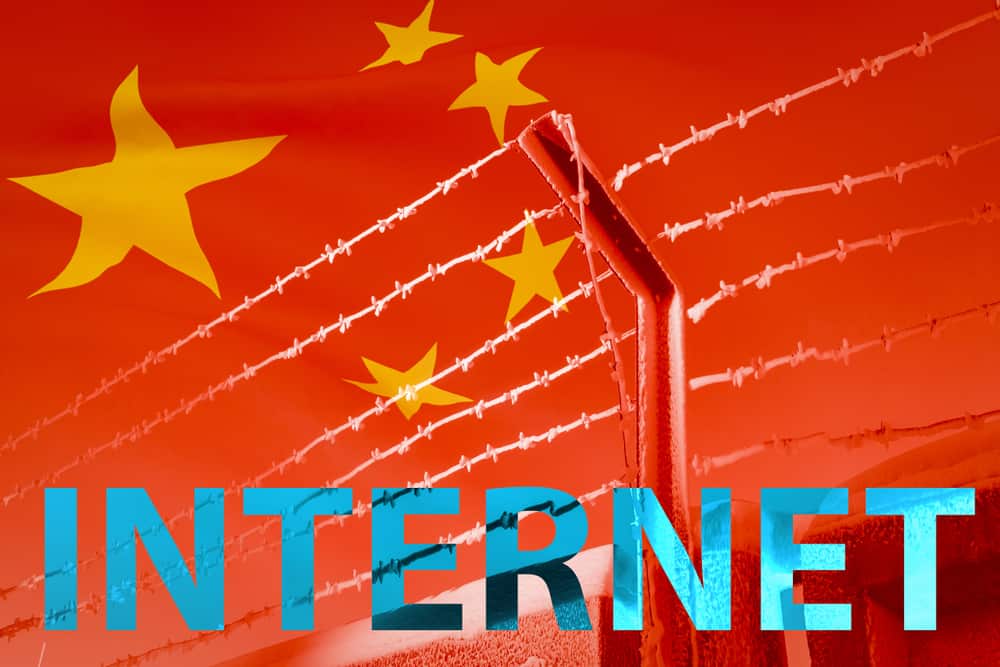 People living in China will find it harder to use a VPN service as the government updated its Great Firewall recently and blacklisted hundreds of servers. This latest development sees internet censorship in the country rise even higher as there are fewer tools available for people to bypass the Great Firewall.

Contents hide
1 Hundreds of VPN Servers’ Shut Down by the Chinese Government
1.1 Related Articles:
2 Only 13 of the 59 Tested VPN Servers Were Active in China
3 Providers Getting Detected Leads to VPN Ban

Hundreds of VPN Servers’ Shut Down by the Chinese Government

China is a heavily internet censored country, with the Great Firewall stifling internet freedom and privacy. Late last month, the government updated its Great Firewall and in the process, blacklisted hundreds of VPN servers.

Prior to this latest development, it was much easier for Chinese citizens to use a VPN to get unfettered access to the broader internet space. While numerous VPN servers are now down in China, a researcher at Comparitech looked at those that are still active.

The researcher, Aaron Philips carried out tests on 59 VPN servers to find those that are still active. To set up the study, Comparitech had to rent a server in Shenzhen. Aaron checked each VPN app to ensure that he could access banned websites and navigate his way around the Great Firewall.

An editor at Comparitech, Paul Bischoff also worked on the project. Bischoff pointed out that the Chinese government is not a fan of privacy and online anonymity. He added that Chinese regulators ban online services that allow private communication and content with views that are against the country or the ruling Communist Party.

Aaron Philips created an automated testing suite using UiPath and tested 59 VPN service providers. Tests were carried out in the United States before, and then they copied them to a rented Shenzhen server to investigate how they perform in China.

Out of the 59 VPNs he tested, only 13 were working. The VPN servers still working in China include; Astrill, ExpressVPN, Hotspot Shield, ibVPN, Ivacy, NordVPN (VPN works when using an obfuscated server), Private Internet Access (VPN is running despite initial DNS problems), PureVPN (VPN works in both Internet Freedom and standard modes, advisable to use IF mode), ProtonVPN, (VPN is active, but several individuals servers are down), TorGuard, TunnelBear, Windscribe (most of its servers are accessible in China), and SurfShark (to connect in China, NoBorders mode is required.)

According to the researcher, the reason why most VPNs are failing is that their servers have been detected by the anti-piracy measures of the Great Firewall of China. OpenVPN is one of the most used protocols for creating private networks all over the world.

While the Chinese authorities were fixated on OpenVPN servers over the past few years, people could use L2TP over IPSec instead of OpenVPN as a reliable alternative. However, that is no longer the case. Aaron Philips stated that L2TP over IPSec is no longer a safe bet in bypassing the Great Firewall.

Philips further adds that ShadowSOCKS could serve as a short-term solution to the problem. ShadowSOCKS is a VPN-like service developed in China which allows users to bypass the internet censorship put in place by the state.

At the moment, some providers in China are using it instead of VPN services, but Philips doesn’t believe it will last. The government is yet to commit resources towards the widespread detection of ShadowSOCKS, and when that happens, Philips says its server will be shut down.