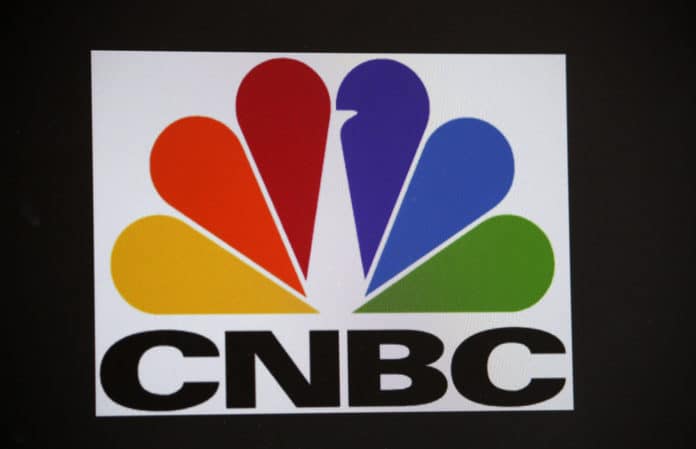 While Ran Neuner stated that he was very supportive of Bitcoin and believes that the price is low at $8200, he sees other tokens as greater investment opportunities. He nevertheless respects the technology and believes the price will increase over time. Neuner, however, considers that Bitcoin Cash has more potential than Bitcoin. The CNBC cryptocurrency trader expressed positive sentiment towards Bitcoin Cash’s team.

Neuner also has optimistic remarks for Ethereum. While other companies with greater scalability potential, Neuner believes that Ethereum’s value comes from its developer community, noting that it’s “the biggest community in the industry [with] thousands of people… the smartest people in the room [and] they’re solving their scalability issues.”

As for Ripple, Neuner has decided to “throw it in the garbage.” Although the other CNBC hosts appeared shocked, Neuner points out that “Ripple, the company…[is] one of the best companies I know,” however when it came to the XRP token, “I still can’t work out what it’s used for.” Since Neuner is struggling to understand the use cases for the XRP token, he’s folding when it comes to the Ripple token.

Although Ran Neuner’s post with CNBC’s HODL or FODL segment received over 271 retweets and 640 likes, it has also received a lot of heat from the Twitter cryptocurrency community who outraged.

Twitter user @TenaciousBTC even commented “How strange that CNBC only talks to the biggest jokes and conmen in crypto. It’s honestly like a sitcom.” Others like @frandimaio however, provided more constructive criticism. @frandimaio stated that “$XRP is the ONLY crypto with any utility. First use case is solving the global remittance problem. That’s what @Ripple is using it for. @Coil_ will use #XRP for microtransactions. I could go on and on, but I’ve done research. How about you guys. @CNBCFastMoney.”

Other Twitter users resorted to internet humor like memes and GIFs to illustrate their disagreement over Neuner’s justifications.

Let's see XRapid (that uses XRP) 30% cost savings over XCurrent (that doesn't use XRP but is still up to 70% cheaper that Swift) now show me a financial institution that wont grab that EXTRA 30%
Lol Centralised eh? wrong, but hey your Bitcoin? well ????#xrparmy #xrpthestandard pic.twitter.com/yikWXQZO2w

The controversy over the team behind Bitcoin Cash

Apart from throwing the Ripple token in the garbage, Neuner also mentioned that he believed in the team behind Bitcoin Cash. While some users were divided over Neuner’s thoughts on the Ripple token, almost every Twitter responder saw his response as a joke.

Bitcoin Cash has been facing a lot of backlashes recently. Roger Ver, one of the original team members, was reportedly scheming “social attacks” on Bitcoin. According to Reddit user SOwED, “the fact that he deliberately misrepresents BCH as Bitcoin [on his Bitcoin.com website] shows that he is trying to confuse newcomers into thinking that BCH is what they hear about on the news.” Neuner’s support for BCH has viewers and traders questioning his knowledge of the industry.

Twitter user @fmakrides had even uncovered a picture with Neuner and Ver at a conference in 2017, with Neuner’s laptop supporting Ver’s Bitcoin.com website. While Twitter users expressed concerns, Neuner spoke up about the matter.

The pic w/u & Roger Ver tells the whole story. Your tweets to buy BCH. I started to like u & u r show, but now I know how biased u r. pic.twitter.com/iOsip4DG8A

In the following tweet, he confirmed that “The sticker is gone. There is no bias to BTC or BCH. I confirm that there is no sponsorship from Bitcoin.Com and believe the interviews were all fair and balanced.”

Guys. The sticker is gone. There is no bias to BTC OR BCH. I confirm that there is no sponsorship from https://t.co/8V0TiwVGrh and believe the interviews were all fair and balanced. pic.twitter.com/Li1f0P2IvF