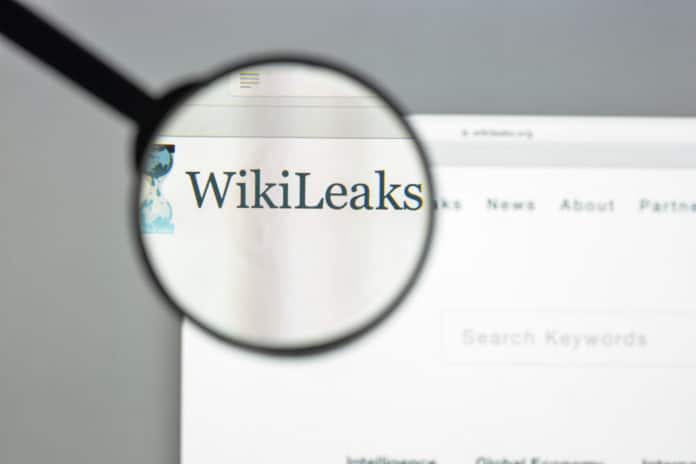 According to a tweet released on April 21, 2018, Coinbase mentioned that WikiLeaks was “in violation” of its terms of service. Unfortunately, there was no clear explanation as to why this happened. The whistleblowing platform has therefore called for a “global blockade of Coinbase” as the cryptocurrency exchange’s behavior makes it “an unfit member of the crypto community.”

Contents hide
1 Related Articles:
2 US Crackdown on financial regulations may be to blame
3 Cryptocurrencies remain heavily influenced by private enterprises

ANNOUNCE: Coinbase has blocked the official @WikiLeaks shop from its platform without notice or explanation. You can continue to donate #Bitcoin to WikiLeaks at https://t.co/lvhoyhlqUa. #Coinbase #DefendWL #Cryptocurrency #Ethereum #BitcoinCash #ReconnectJulian pic.twitter.com/4BSS023OOk

While it’s uncertain, the recent Coinbase ban may be related to the US’s crackdown on financial regulations. The boycott came a week after Coinbase, and 12 other major cryptocurrency exchanges faced an investigation from the New York Attorney General.

The whistleblowing platform accepted cryptocurrency donations since 2010. WikiLeaks previously had a lot of difficulty with payment processors like Visa, Mastercard, and PayPal which cut the company’s ability to access their services. Cryptocurrencies were, therefore, a great alternative to fiat currency donations until Coinbase’s recent suspension of the account.

US Crackdown on financial regulations may be to blame

While the US Government’s investigation into Coinbase was intended to increase the levels of protection for consumers, the cryptocurrency exchange may have been under pressure to discontinue servicing customers that the Government may not see as favorable.

According to The Independent, a WikiLeaks Bitcoin address used to accept donations has received over 4,000 Bitcoins, worth approximately $37 million at today’s prices.  Coinbase’s decision to shut down WikiLeaks’ payment account may, therefore, hurt the whistleblowing organization. When The Independent reached out for a comment, a Coinbase spokesperson mentioned that “to protect the privacy of our customers, we do not comment on individual accounts.”

Coinbase’s decision also angered the cryptocurrency community. Twitter user Andreu Ubeda stated that “if this is true I will stop trading at coinbase/gdax.” User WTFKenneth? even goes to the extent of questioning the nature of cryptocurrency,

“the whole point of crypto is to be decentralized. I hope they didn’t have too much sitting in a trust-based vault.”

WikiLeaks fans have also gone to Reddit to vent their frustrations. Other users are however understanding of Coinbase’s decision as they believe that while WikiLeaks is a whistleblowing organization, it also does not use the most ethical tactics to retrieve such information.

While Coinbase failed to explain their decision to block WikiLeaks, Twitter users speculated that Coinbase might have linked WikiLeaks with money laundering or suspicious activities. There is, however, no evidence or proof of this behavior. Coinbase isn’t, however, the first company to ban WikiLeaks from its services. Mastercard blocked WikiLeaks in 2010, and PayPal also mentioned that WikiLeaks is guilty of violating their policies.

Coinbase’s recent actions may be a wakeup call to cryptocurrency enthusiasts. Despite the decentralized nature of blockchain technology, Coinbase’s actions show that, like fiat currency, cryptocurrencies are still heavily influenced by private enterprises.