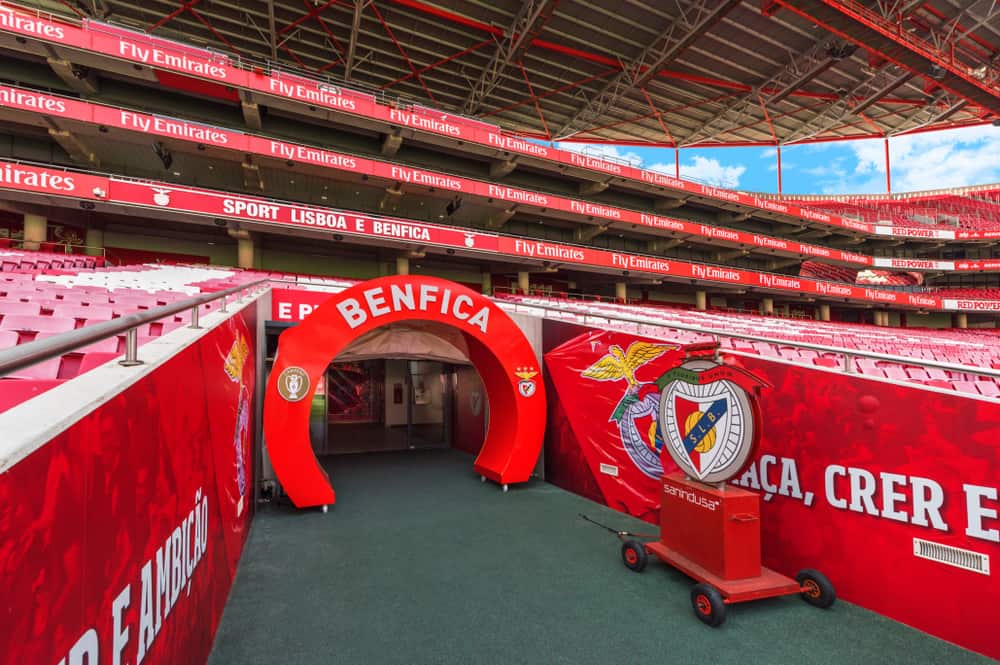 Crypto has scored yet another major milestone. Benfica, a major European soccer club, has become the first team in Europe to accept cryptocurrencies as a form of payment for its online sales.

Contents hide
1 A Massive Boost for Crypto
1.1 Related Articles:
2 Crypto Is Not New to Soccer and Sport

Crypto payment solution UTRUST announced on June 5 a partnership with Benfica that allows fans to buy tickets and merchandise online using Bitcoin and Ethereum – the world’s largest and most popular cryptocurrencies. UTRUST wrote:

“A champion that stands as one of the largest and most valuable sports clubs in the world will begin using the UTRUST platform as the exclusive provider of cryptocurrency payments.”

A Massive Boost for Crypto

Benfica’s partnership with UTRUST allows the football club to reach out to its tech-savvy fan base that holds cryptocurrencies by allowing them to make online purchases on their official store using digital currencies.

Backed by a 115-year history and a cabinet of 82 major trophies, Benfica has more than 14 million fans all over the world and 7 million supporters across its social media platforms. The football powerhouse intends to increase this number as a result of its partnership with UTRUST.

According to UTRUST, the partnership will allow the football team to access crypto payments through its platform with benefits which include:

Benfica’s chief executive Domingos Soares de Oliveira acknowledged that their fans are tech-savvy and ready to adopt new technologies and the club wants to give them the best possible online experience. The Benfica CEO said:

“We are very excited about the possibilities that this partnership with Utrust presents in the evolution of our e-commerce strategy and we look forward to accepting our first cryptocurrency payment.”

UTRUST’s chief executive and co-founder Nuno Correia said the partnership is a major milestone for the crypto payments company and the blockchain ecosystem as a whole.

Crypto Is Not New to Soccer and Sport

Benfica may be the first major European club to accept payments using crypto, but the sport has had several flings with the new form of money.

Blokt reported in September last year that Paris St. Germain, one of the biggest football clubs in France, partnered with Socios.com to launch a fan token. Socios.com is a blockchain startup designed from the ground up with the aim of developing internal tokens for sports teams and big brands.

In the same month, Socios.com teamed up with Italian giants Juventus to give the fans a voice through digital tokens.

Michael Owen, a former Liverpool, and English football star launched his own cryptocurrency to allow his fans to interact with him, view his training videos, and buy merchandise.

Outside soccer, athletes such as boxers Floyd Mayweather and Manny Pacquiao have been involved in crypto, along with many others.