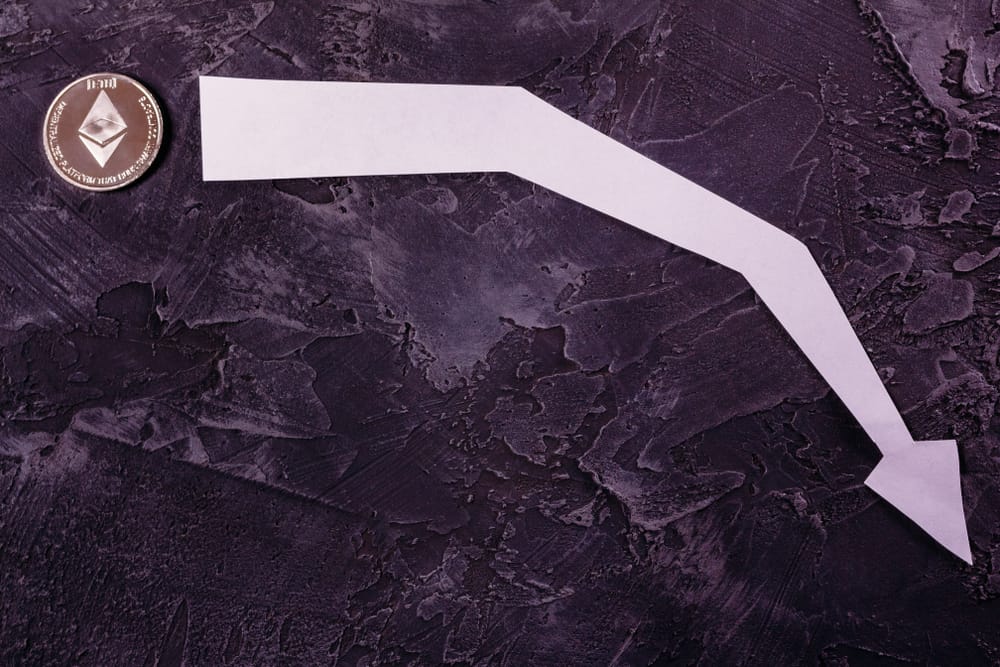 The cryptocurrency market has hit a low point in 2018, especially as Ether prices tumble. According to CoinMarketCap, Ether fell to $188.31 on Sunday, Sept. 9. The decline in value is a big fall for the second largest cryptocurrency in the market since Ether was valued at $300.14 just a week before, on Sept. 2. Ether’s market capitalization fell from $30.5 billion to $19.1 billion in a week. Unfortunately, Ether has experienced a steeper fall and decline than other popular cryptocurrencies.

Contents hide
1 Ether Falls to Its Yearly Low of $185
1.1 Related Articles:
2 Cryptocurrency Industry Tumbles Because of Obstacles in the Market

Ether Falls to Its Yearly Low of $185

As seen on CoinMarketCap, Ether hit all-time highs in early January 2018, leaving investors who purchased the token during its initial coin offering (ICO) with 10- to 100-time returns. According to an article by Bloomberg published on Sept. 10, Ether has unfortunately fallen over 85 percent from these all-time highs in January.

Ether is currently used as a “gas” for decentralized application to run on the Ethereum blockchain. While it’s uncertain why Ether has fallen so quickly, according to the Sydney Morning Herald, Ether’s tumble may have something to do with blockchain-related ERC20 firms cashing out from their Ether holdings. These losses increased in August, when many ERC20 projects began to cash out to cover their expenses or because they were concerned about the fall in Ether prices.

The fall in Ether prices quickly causes other ERC20 projects to sell large amounts of Ether in panic, contributing to a greater decline in Ether’s value over time.

“The rhetoric around ICOs continuing to unload their raise proceeds on the market remains valid.”

According to a forecast from Mike McGlone, a Bloomberg Intelligence commodity strategist, the value of Ether may continue to fall to $155 as it faces increasing market volatility, increasing competition, and maturing industry. While this number may appear low in comparison to Ether’s all-time high, it’s still a 2,000 percent increase in value from Ether’s price during the end of 2016, which was approximately $8, as seen on CoinMarketCap.

Cryptocurrency Industry Tumbles Because of Obstacles in the Market

The Sydney Morning Herald noted that the cryptocurrency industry has been declining in the last few weeks. It has sparked concern that the adoption of cryptocurrencies will take longer than previously anticipated. The concern was reinforced when the US Securities and Exchange Commission (SEC) suspended trading for two cryptocurrency-related products, Bitcoin Tracker One and Ethereum Tracker One, because of inaccurate and confusing titles and details.

“The temporary suspension of these products led to an initial knee-jerk reaction … But ultimately, it’s just another obstacle for the market to overcome.”

Another thing that sparked concern is Ethereum cofounder Vitalik Buterin’s recent comment on the blockchain industry’s ceiling. In a recent interview with Bloomberg, Vitalik said that the days of the explosive growth in the industry have finished. He noted that since the average educated person is aware of blockchain technology, “[t]here isn’t an opportunity for yet another 1000-times growth in anything in the space anymore.” Buterin mentioned that the next step forward for the industry is to get people who are already interested in the technology to use “real applications of real economic activity.”

While there are certain obstacles and negative news for the cryptocurrency industry, there have been many large financial giants keen to explore the emerging technology. Citigroup, a $175 billion New York based bank, has developed a new way to invest in digital assets through a cryptocurrency custody solution for institutional investors.