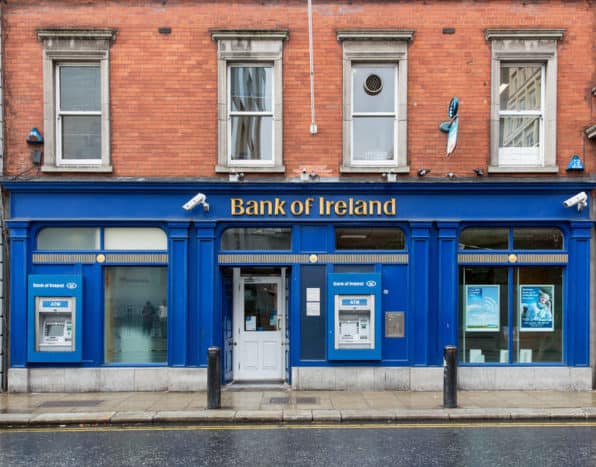 Cryptocurrency-related services in Ireland are experiencing difficulty operating their businesses as Irish lenders are refusing to work with them. Some companies had to open international bank accounts, while others halted trading altogether.

According to a report on The Irish Times, some lenders refused to work with or cooperate with some start-ups because the businesses were seen as “unbanked” by lending companies. Other start-ups were not given the opportunity to even open up their own banking account.

Peter and James Nagle are examples of business owners in a similar situation. Their business, a cryptocurrency exchange called Bitcove, had recently been denied banking services. In 2014, they managed to work with many banks, including the Bank of Ireland, Allied Irish Banks (AIB) and Permanent TSB. They, however, had to stop when the lenders closed Bitcove’s accounts.

“The reasons cited has been that they do not support companies offering cryptocurrency exchange facilities despite the fact they had previously given us an account for this purpose,” said Peter Nagle as he spoke to the Irish Times.

Bitcove currently has a different European banking partner, which is more progressive with its approach toward cryptocurrencies and emerging technologies.

Businesses Held Back Due to Uncooperative Banking System

Bitcove is not the only cryptocurrency-related business experiencing difficulties with banking and lending providers. Dave Fleming, cofounder of Eircoin, mentioned that their cryptocurrency trading company closed in April because of uncooperative banking system.

The Bank of Ireland later said that it does not provide services for cryptocurrency exchanges. It, however, does not prevent any customers from purchasing or spending cryptocurrencies.

AIB, a competitor of the Bank of Ireland, however, denied refusing banking services to cryptocurrency-related businesses. A spokesperson from AIB said:

“We don’t discriminate in relation to providing banking services to cryptocurrency companies nor have we been systematically existing such companies.”

Nevertheless, AIB added, it is still required to follow regulatory requirements, which include know your customer (KYC) and antimoney laundering (AML) rules. The AIB spokesperson, however, did say that few companies weren’t able to adhere to this.

The Irish Times noted that Ireland’s Banking and Payments Federation, a group representing 70 different financial institutions, wasn’t aware of policies discriminating against cryptocurrency-related business. It did, however, mention that lenders had to take “reasonable proportionate measures to lessen the risk of facilitating financial crimes which are enabled by cryptocurrencies, such as money laundering and terrorist financing.”

Dave Fleming, however, felt as though the Federation was attempting to insinuate that cryptocurrencies were related to dirty money. The Eircoin founder found the situation quite unfair. He recently spoke to the Central Bank, which mentioned that if they were acting according to law, then everything should work out.

Unfortunately, it’s a situation that’s happening all around the world. Even in Australia, Coinspot, a popular cryptocurrency trading outlet, had to suspend deposits in December 2017. According to ABC, the company noted that the lack of cooperation of Australia banks led to “frequent account closures” and “strict limits” on their accounts.