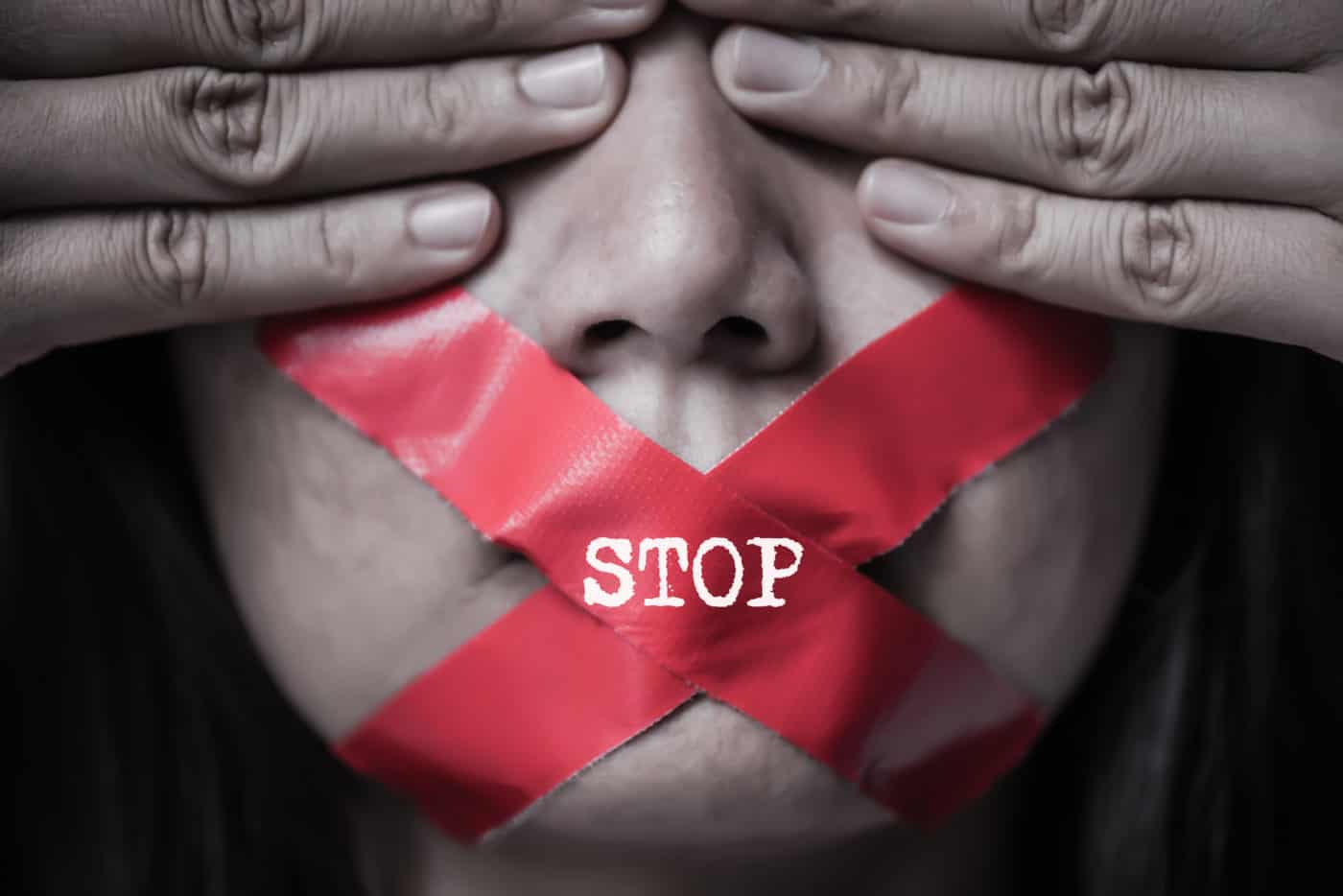 According to independent watchdog Freedom House, internet freedom has been in decline for nearly a decade.

In the West, this reflects both worrying and more positive developments. There are types of content—extremist videos, for example, or child pornography—that shouldn’t be free to circulate online. Under sustained public pressure, Facebook, Google and the other platforms that broker our relationship with the internet have gradually moved to restrict them.

But in places like China and Russia, web control is far more aggressive. Since Xi Jinping’s ascension to power in 2012, China has intensified its crackdown down on internet freedom, on the press, and on free speech in general. The VPNs that allow users to bypass the Great Firewall are slower and harder to come by, with even some embassies reporting difficulties.

As Freedom House puts it, the ultimate goal is to exert “state control over the internet and social media through both censorship and active manipulation”, and to “promote the regime’s message while confusing users with lies and fakery.”

Despite all this, these regimes, like most governments, recognize that a thriving tech sector is the key to stable economic growth.

One technology that is receiving sustained investment, in particular from China, is blockchain. This feels like something of a contradiction: blockchain is generally seen as a powerful force for decentralizing authority and minimizing government oversight.

One of the most widely known blockchain projects to date, Ethereum, states on its website that it enables the creation of decentralized applications that “run exactly as programmed without any possibility of downtime, censorship, fraud or third-party interference.”

Blockchain technology is being deployed in thousands of projects, some with a specific anti-censorship focus. One example is Zappl a decentralized microblogging site, which could be compared to Twitter.

There’s also Privatix, which is working on a decentralized peer-to-peer blockchain VPN to help users evade national firewalls. Even more ambitious (and unambiguously Libertarian in bent) is Substratum, which has the goal to fully “decentralize the internet”, delivering uncensored content without the need of a VPN or Tor.

Substratum’s co-founder Justin Tabb is quoted as saying: “one day, Americans might wake up and realize they don’t like big brother watching over their shoulder and having corporations track everything they do. And when that happens, Substratum will be there.”

The Decentralized News Network have set their sights a little lower. They’re developing a decentralized news platform that will use the blockchain to verify stories and evade censorship, with crypto tokens incentivizing a community of writers and editors. I reached out to them with a few questions.

Q: How will DNN use blockchain technology to prevent censorship?

A: The blockchain is a crucial component of DNN’s infrastructure and key to resisting censorship because it is inherently immune to being tampered with. Each new user that contributes to a blockchain by hosting a miner or a node helps to secure the data within it, making the amount of resources needed to hack it extremely high.

In DNN’s case, publishers can run nodes that host and deliver the news content which users access in a peer-to-peer environment. Even if a government manages to shut down all nodes in its jurisdiction, those users can simply access DNN by switching to nodes elsewhere.

DNN uses the blockchain to produce a trust-less medium for news content approval by making every part of the publishing process transparent and by storing the contents of every article in a geographically distributed way. This serves to create a publishing flow that incorporates the reader, reviewer/editor and the writer in a way that aligns their incentives, rewards fact seeking, does not need centralized oversight, is censorship-resistant, and allows for a clear distinction between biases and facts in every article.

By storing the contents of published articles on the blockchain, and making references to these articles directly in Ethereum smart contracts, we can ensure that every article is immutable.

DNN’s blockchain also decentralizes the authority to publish content. There is no single source that controls the message and feel of published works. DNN thus cannot be tethered to any special interests or political agendas. It is also not vying for a substantial chunk of ad revenue.

Q: How big a problem is censorship in the media today, and why is it so important to have content that resists it?

A: According to the Freedom House Organization, two-thirds of the world’s internet users live under government censorship. That’s incredibly scary.

Censorship is a real problem that has implications that reverberates throughout the fabric of society and creates entirely other realities for the people living under it—North Korea being a prime example.

We need to resist censorship and bring about a new level of transparency in news that will make way for a more democratic and more free-thinking press and populous. The idea is that if news distribution were to function without any central authority, less importance would reside on media titans and there would exist a higher degree of autonomy and independence from the bottom-up, starting with journalists and ending at readers.

These are powerful claims. But it’s important to remember that the internet itself was touted as a democratizing force. In some cases—during the Arab Spring for example—it did act as such. But in many others, authoritarian regimes simply co-opted the internet, using it to exert even greater control over their citizens than they could before. Will they do the same with blockchain? Greatfire.org provide various solutions to Chinese netizens for evading censorship, and is the foremost authority on the country’s internet control regime. I put some questions to Charlie Smith (a pseudonym), the organisation’s director.

Q: Do you anticipate a future with more or less censorship in China?

A: Short term, more censorship, but long term, no censorship.

Q: Do you think blockchain technology could be used to circumvent censorship in China?

A: We are preaching a multi-pronged approach to anti-censorship solutions for China. Many solutions are needed, and if they are integrated, then all the better.

Despite the vast censorship apparatus, the Chinese authorities are inextricably tied to the global internet. They and the more than 700 million Chinese netizens rely on the global internet in the same way that those outside of China rely on it. Tying anti-censorship solutions to necessary services, like banking and finance, means that the authorities must choose between money and freedom of access to information.

At the end of the day, we all know that the authorities would prefer to transfer funds to and from their offshore accounts instead of shutting down the global internet just because someone was offended by a picture of Winnie the Pooh.