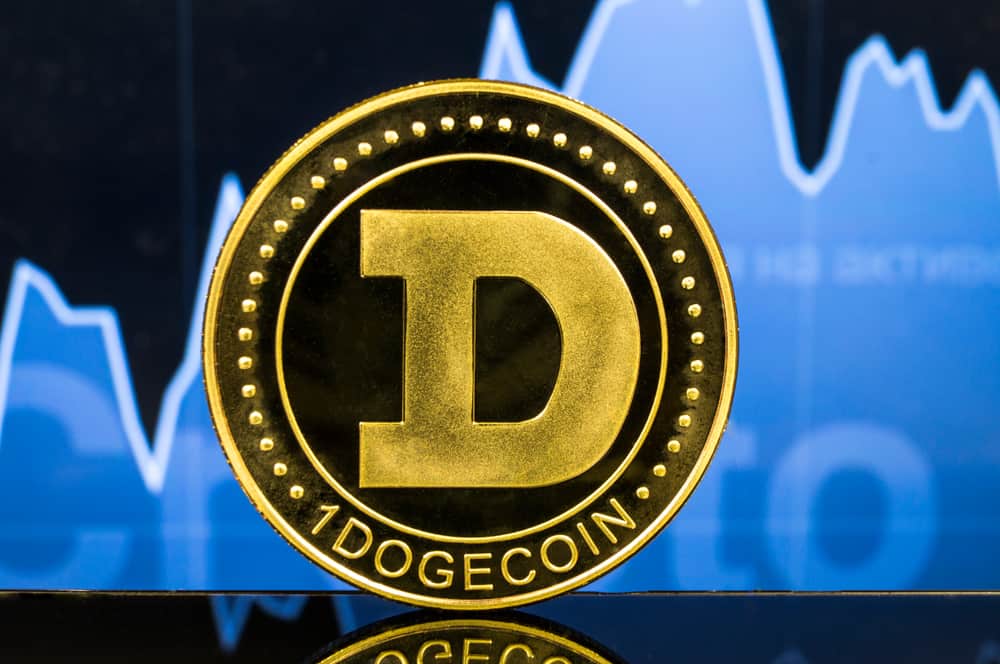 Dogecoin supporters had a pleasant surprise last night when Elon Musk tweeted that Dogecoin was his “fav cryptocurrency.”

Contents hide
1 How Musk Became the Dogecoin CEO for a Night
1.1 Related Articles:
2 DOGE Continues On Its Bull Run

The Tesla and SpaceX CEO even became Dogecoin’s (honorary) CEO for a few hours.

This all happened while DOGE’s price was enjoying a significant price spike along with the rest of the cryptocurrency market.

How Musk Became the Dogecoin CEO for a Night

It all started on April Fool’s day when Dogecoin’s Twitter handle created the following poll asking the community to vote for its new chief executive.

Among the choices were Vitalik Buterin, Charlie Lee, Elon Musk, and Marshall Hayner.

We have listened to your concerns. We have decided that Dogecoin does need a CEO. Someone who can lead us into the future while maintaining the core values of what we are.

Then, on April 2, when Musk appeared to have found out about the poll, he sent out a tweet saying that:

At the time, he was trailing in second place with just about 16% approval.

Unsurprisingly, the tweet made his claim for the top Dogecoin post much stronger as respondents rallied behind Musk and gave him a clear majority (54% at closing).

Shortly after the final results came out, the folks behind the Dogecoin Twitter account spiced things up further by declaring Elon Musk the new (honorary) Dogecoin CEO.

Musk played along and obliged. He even changed his Twitter bio to say “CEO of Dogecoin.”

At press time, however, Musk seems to have stepped down as his bio currently reads:

DOGE Continues On Its Bull Run

Besides the humor, it’s unclear if the whole saga added to Dogecoin’s bullish performance which began on April 1. DOGE’s price soared 25% overnight, and as of press time, the coin is trading at $0.003598, +35% over the past 24-hours.

For those unsure about the buzz surrounding DOGE, it started as a prank cryptocurrency project. Featuring the adorable face of the Shiba Inu dog popularized through the famous doge meme as its logo, Dogecoin soon developed a cult following with the help of an active Reddit community.

Despite facing its fair share of troubles including a large-scale breach of the Dogewallet in 2013, the overwhelming support from the community made sure that the Dogecoin survived and overcame its reputation as a mere prank project. It even briefly surpassed the trading volume of Bitcoin and all other cryptocurrencies combined in Jan 2014.

DOGE is currently the 24th largest cryptocurrency by market cap with an average trading volume of roughly $46.69m (24hr).