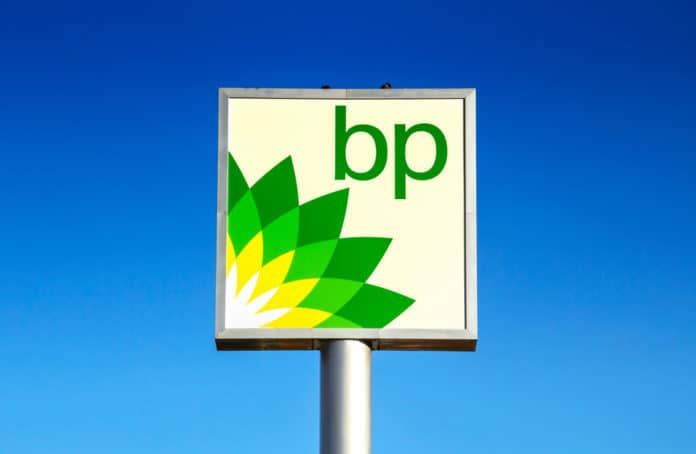 “done anything with public chains yet…but that doesn’t mean we won’t. We have done proof of concepts using tokens internally, transferring value.”

Gray also said that blockchain technology is out the gate and it’s clearly going somewhere, and at some point, we will interact with it.

While Gray’s comments indicate that BP has not yet explored public blockchains, BP has, however, in 2017 backed a blockchain trading platform called VAKT. The energy giant is currently working with other leading banking and energy companies like Shell, Statoil, and trading house Gunvor Group on the VAKT platform. According to a document made public on John Jimenez, interim CEO of VAKT’s LinkedIn profile,

“the platform is expected to be operational by the end of 2018.”

Gray’s enthusiasm for blockchain technology took many by surprise. Lewis Cohen, a session moderator at the Blockchain Expo in London, and partner of the law firm Hogan Lovells mentioned that it was interesting for a BP staff member to express this sentiment towards blockchain technology.

“Would we partner with people who are doing this stuff? Yes, I think so,” said Gray. “Not right now, but I wouldn’t be surprised if we did.”

Cohen also noted that the financial industry is resistant when it comes to initial coin offerings (ICOs) and public chains, however, the enterprise sector has a different attitude when it comes to funding innovation through new and experimental means.

BP’s attitude towards blockchain technology is fairly positive since it plans to leverage blockchain technology to streamline their outdated paper trading contracts and operational documentation to fully automated smart contracts. The energy giant has backed, VAKT, a London-based company that is currently exploring this solution for energy traders who wish to make the shift from traditional backend operations to a digital alternative.

VAKT is a relatively new company since it was established less than half a year ago, in November 2017. John Jimenez, a 20 year BP veteran is currently the interim CEO of the company with Adam Vile as its CTO.

According to a document on Jimenez’s LinkedIn profile, VAKT will “transform post-transaction management of physical energy commodities trading.” The other corporations involved in the project include “energy majors BP, Shell and Statoil; trading houses Gunvor, Koch Supply & Trading, and Mercuria; and banks ABN Amro, ING, and Societe Generale.” If the project is successful, it will result in lower operating costs, reduce the risks of fraud, and provide a more efficient trading process.

According to Eren Zekioglu, COO of Gunvor Group, one of the major corporations working with VAKT,

“when setting up a company with the involvement of such major firms (oil majors, banks, traders, etc.), you’d assume every step would be a challenge. But to the full credit of everyone involved, we haven’t experienced any standard bureaucratic issues.”

Unfortunately, despite the potential scale of the project and its well-known global backers, it appears to be in stealth mode. There is currently very limited public information available on the project. However, there may be more information to come, especially since the energy sector is actively pursuing the emerging technology.