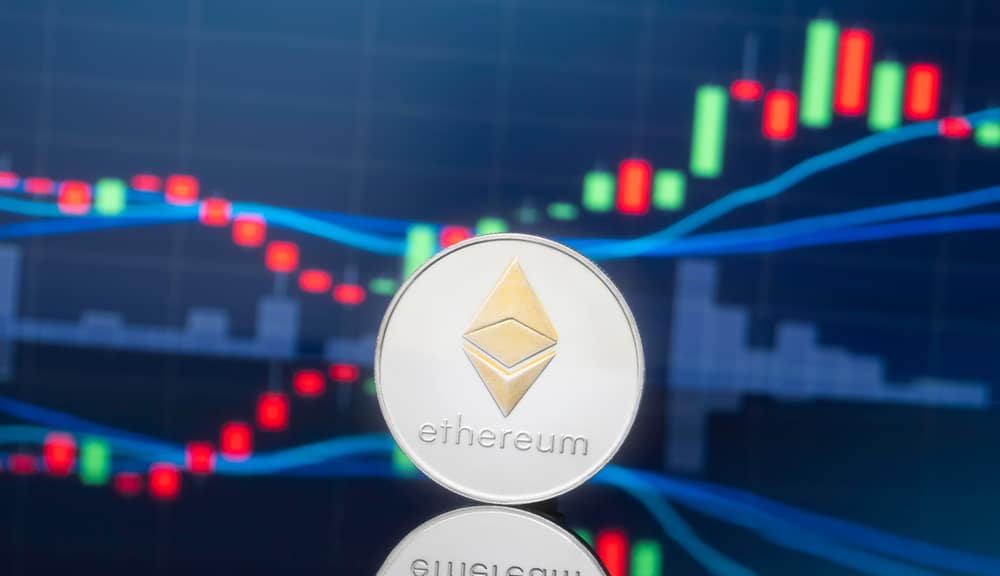 Ethereum (ETH), the second-largest cryptocurrency by market capitalization, is currently trading just above $605 – recovering from last week’s low of $564.  Despite the recent upswing, ETH has declined 25% over the previous month.  The cryptocurrency market has had a volatile month, so this is not something to be concerned about over the longer term.

The current ETH price action, like BTC, appears to be more weak bullish momentum driven by volatility from rather flat trading volumes.  The trend of downward price pressure is becoming the norm as we have failed to see the market return to the dizzying heights of January 2018 where ETH saw its all-time high of just over $1400.

There’s no doubt that Ethereum has had an enormous impact on blockchain and the market in general, so its current valuation is not due to lack capability or adoption.  In early 2017, ETH was sitting around the $8 mark before investors sparked a rush for the altcoin.  At today’s price, ETH has appreciated 7500% since early 2017.  That’s some return.

Although the market is bearish now, most cryptocurrency enthusiasts are incredibly bullish on Ethereum with a lot of folks predicting prices up to $10,000 within the next five years.

Why are the experts predicting such a bullish future?

Volume, market sentiment, economic conditions and other factors all contribute to the future value of a cryptocurrency.  Developer activity is often overlooked as another key valuation principle.

According to statistics released by Consensys earlier this month, Ethereum is the “most decentralized blockchain platform in existence” with 17,000 nodes running across six continents.  The development community is estimated to be over 250,000, making it the largest in the world, while there are over 1500 live DApps with many more in development.

Revolutionizing Blockchain for the Enterprise

The Ethereum Enterprise Alliance (EEA) was formed about 18 months ago with 30 members – it now has 500.  The alliance was created to “define enterprise-grade software capable of handling the most complex, highly demanding applications at the speed of business” by some of the largest organizations in the world.  These include BP, Microsoft, Santander, J.P Morgan and Intel.

The adoption of blockchain within the large enterprise helps legitimize the technology across multiple industries.  For example, Amazon Web Services recently announced “AWS Blockchain Templates for Ethereum.”   On the AWS blog, they said:

“We are launching AWS Blockchain Templates today. These templates will let you launch an Ethereum (either public or private) or Hyperledger Fabric (private) network in a matter of minutes and with just a few clicks. The templates create and configure all of the AWS resources needed to get you going in a robust and scalable fashion.”

Bitcoin may have introduced us to the blockchain, but since its launch in 2015, Ethereum has revolutionized its applicability within the enterprise.

Scalability remains a critical issue for blockchain technology.  VISA for example currently processes up to 50,000 transactions per second:  Ethereum 13, Bitcoin 7.  Quite the problem if these networks want to displace incumbent payment processors.

For Ethereum at least, the scaling issue came to the forefront when the spike in traffic for the CrypoKitties dApp caused gas fees to soar as everyone competed for transaction validation.

The good news is that scaling solutions are close to completion, paving the way for large-scale dApps and widespread adoption.  One of these solutions, Plasma, aims to process 100,000 transactions per second upon release while scaling to 1 million transactions every second over time.

Most ICOs utilize the standardized Ethereum token (ERC-20).  This allows them to leverage Ethereum’s infrastructure when launching their token.  For investors to participate in an ICO that is issuing an ERC-20 token, they first need to purchase ETH.  In 2017 this type of demand helped the price of ETH surge 10x to over $400, and with a significant number of ICOs expected in the next 12 months, demand is unlikely to be waning.

There is no doubt volatility will continue in the short term.  Some of the Ethereum scaling projects carry a high degree of risk for the implementation so we may see network disruption if that occurs.  Expect further price instability around implementation time.

If we continue to see user, developer and dApp growth, successful network scaling implementation and the continued ICO frenzy, the medium to long-term is looking good for Ethereum.