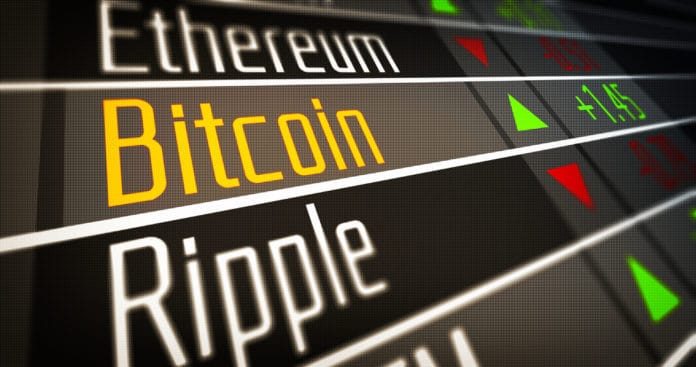 In a market that has been growing and profiting from its lack of rules, it is surprising to hear European crypto exchanges came forward to demand legislation. Both Bitpanda GmbH in Vienna and eToro Europe Ltd in London believe clear legislation would help crypto trading platforms reach the masses, as reported by Bloomberg on May 7.

These institutions are now focused on fighting off any misconceptions the public might have regarding their involvement with criminal activities. Eric Demuth, the co-CEO (chief executive officer) of Bitpanda said, “We’d be happy to have regulations, so we know where we stand.” He believes moving their business to vaguely regulated countries, such as Gibraltar or Malta, “doesn’t look good,” he said.

Marc Ostwald, a global strategist for ADM Investor Services International based in London seems to agree with this sentiment, “This is all about where the burden of proof lies for anti-money-laundering, so wanting regulations seems very sensible.” It’s not only public perception these institutions should be concerned with, as their earning might be at stake, too. He added, “Even if you’re making a killing in trading, someone could come up with an unexpected piece of regulation that puts a big red line through your business plan.”

Nonetheless, European trading platforms are aiming for fair and just regulations, while avoiding harsh action. Demuth said it “would be terrible” for Austrian platforms to suffer the same fate as those in Germany, where digital currencies have been classified as “financial instruments,” or Spain, where tax agencies have demanded the names and trading data of crypto customers.

“The benefits of regulation are clear. An appropriate framework would serve to both protect consumers, and ensure longevity and legitimacy of the industry itself.”

Gandham believes Japan is the role model other countries should be looking at. When speaking of potential European legislation, eToro’s Managing Director says this:

“would need to focus on those crypto organizations that interact with consumers — the ‘on-and-off’ ramps between fiat and cryptocurrencies. You can look at Japan to see how this might work.”

Furthermore, despite digital currencies having been dubbed as digital gold on a global scale, Gandham sees it differently. He said:

“Given that we are dealing with new and nascent technology, we wouldn’t want to simply cherry pick from existing regulation developed for other asset classes.”

While crypto trading might have been a business which benefitted from its obscurity, market leaders now recognize the need for regulation. Given what has been seen in Spain and Germany, it only makes sense for European crypto exchanges to want to voice their opinion before any decisions are made. As India pushes for their banks to stop serving crypto customers until July, you can expect more European platforms to come out and side with eToro and Bitpanda.