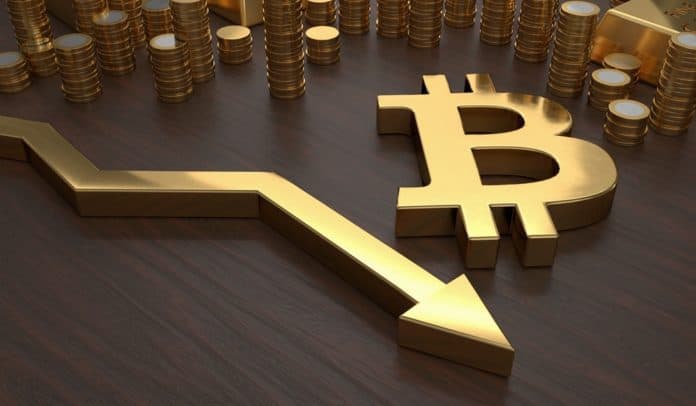 Researchers at the San Francisco Federal Reserve have released an economic letter which claims that the introduction of the Bitcoin futures market was a significant factor in its price decline after its peak in December 2017.

Contents hide
1 Related Articles:
2 Conclusion: Three Possible Catalysts for Bitcoin’s Future Price
3 Wall Street Is Getting Into the Game, but Is This Good for Bitcoin?

The economic letter, released on May 7, states that prior to the introduction of the futures market in December 2017, investors had no way to bet against Bitcoin. But all that changed when Bitcoin futures were introduced by the Chicago Board Options Exchange (“CBOE”) on December 10, 2017, followed by the CME on December 17. As the paper says:

“With the introduction of bitcoin futures, pessimists could bet on a bitcoin price decline, buying and selling contracts with a lower delivery price in the future than the spot price…. The new investment opportunity led to a fall in demand in the spot bitcoin market and therefore a drop in price. With falling prices, pessimists started to make money on their bets, fueling further short selling and further downward pressure on prices.”

The paper goes on to note that the decline in Bitcoin prices following the availability of the futures market was consistent with financial theory as well as pricing dynamics observed elsewhere, referencing the mortgage-backed securities market.

The paper, which appears to be written for an audience who might not be familiar with cryptocurrencies, concludes with three possible catalysts for the price of Bitcoin. The first is that if a rival cryptocurrency becomes more widely used, the price of Bitcoin would “drop precipitously”. Second is a substantial increase in demand if financial institutions agree to accept it as collateral, investment, or a means of payment. The third catalyst is regulatory acceptance and official recognition, which would be a huge positive for its price.

The paper’s final conclusion is that in the long run, it is the transactional value of Bitcoin that will be its ultimate valuation factor. However, the paper also claims that this will be the case as “speculative dynamics disappear from the bitcoin market”. But can speculative demand ever really disappear?

Wall Street Is Getting Into the Game, but Is This Good for Bitcoin?

The Bitcoin futures market appears to be only the beginning for a deeper financial market for cryptocurrencies. Wall Street is already getting into the game. A few days ago, we reported that Goldman Sachs will begin trading Bitcoin. Bitcoin.com says that the Bitcoin futures market has seen a huge surge in volume. And CNBC reports that Coinbase is preparing for a ‘monster’ increase in trading, having increased its transaction capacity by 1,000%.

But, it is worth noting that Wall Street’s entry into the cryptocurrency space may not necessarily be positive, particularly in the short term. Yes, it is true that we will see improved liquidity and perhaps even reduced volatility. However, Wall Street will no doubt bring about an increased ability to bet against cryptocurrencies. And as the Fed economic letter states, this might prove to be a negative for its price.