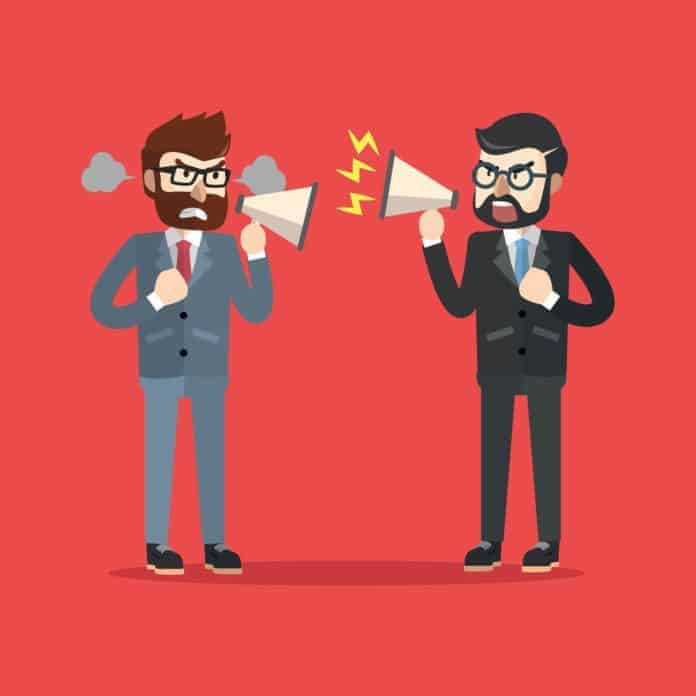 Craig Wright was escorted from the conference after the heated argument with Liao. It began when Wright attempted to dodge questions concerning proof that he is Satoshi Nakomoto. The argument led to Wright leaving the room as the argument broke out. Wright went on to ask members of the audience to choose between himself or Liao and whether or not audience members wanted his technology in Taiwan.

Contents hide
1 Related Articles:
2 Tensions escalated into an argument between Liao and Wright
3 Cryptocurrency community not a fan of Wright’s behavior

Wright’s attitude and personality have frustrated many thought leaders in the cryptocurrency scene. Furthermore, Litecoin creator Charlie Lee and Ethereum’s Vitalik Buterin have disagreed with his claims to be Satoshi Nakamoto, as his evidence was unclear and illogical. Lee and Buterin have both coined Wright “a fraud” with Lee claiming that he “will not attend or speak at any conference that invites CSW to speak.”

Craig S Wright's talks and papers are filled with illogical technobabble (h/t @PeterRizun) and his Satoshi proof is fraudulent. He's a fraud. Why give this guy a platform?

I will not attend or speak at any conference that invites CSW to speak.

Speak out if you agree! #NoCSW

Tensions escalated into an argument between Liao and Wright

It appears as though the tensions began at the Taiwan conference when Liao answered a question in Chinese. Wright interrupted him for not responding in English to which Liao quickly responded, “Shut up, be polite.” Wright stood up from his seat to respond, “No you shut up….you want to do this without English.”

The argument was initially focussed on Liao’s use of Chinese instead of English. Wright appeared frustrated because he “was invited here,” to which Liao responded, “me too.” Liao and Wright’s argument took a different turn when Wright attempted to oust Liao from the conference by asking the public to choose.

“Excuse me, who wants me or him at this conference? My technology ever in this country…or not?” said Wright.

After hearing the comment, Liao stated that “this is bullshit…like shame for the whole cryptocurrency.” Wright quickly left the conference, asking members of the public to choose between himself and Liao again as he was escorted out.

According to Bitcoin NewYork’s translation, Liao mentioned in Chinese after Wright’s departure that:

“Craig Wright is fake Satoshi, and he’s extremely rude…I was just talking about an industry standard, a matured standard to define who’s Satoshi Nakamoto. All of a sudden he was so pissed, even told us to choose which side should we stand? This is an insult to a democracy society. We are here attending this meeting, we should respect everyone’s opinions. Craig Wright is just a shame of our community.”

Cryptocurrency community not a fan of Wright’s behavior

When Motherboard reached out to Wright, the Australian computer scientist stated that he was unimpressed by Liao “I said it is impolite to talk about me behind my back in Chinese. I do not like Ponzi con men.” Wright then sent Motherboard a photo with the comments “that is the plane I am in…as [Liao] flies back economy…trust me…I am laughing ;)?”

The online cryptocurrency community appears baffled by Wright’s behavior with other claiming that they “can see why he’s partnered with Roger Ver [Bitcoin Jesus]. They seem perfect for each other.”

It’s not the first time Wright has been accused of being a fraud at a conference. At the global economic forum Deconomy, Buterin publicly questioned, “why is this fraud allowed to speak at this conference?”