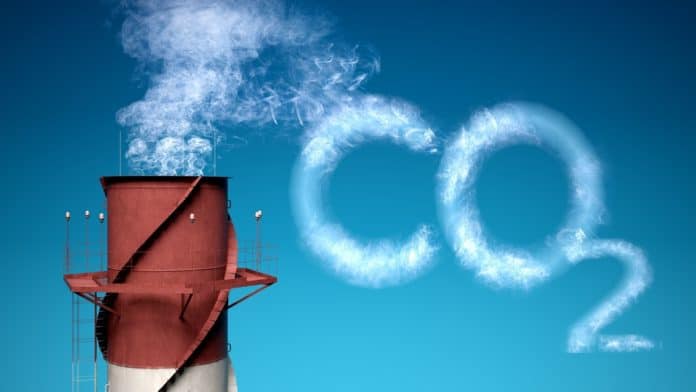 The carbon credit tokens will be issued using the Stellar public blockchain. It will provide enterprises that are damaging the environment, a way to counteract their negative impact by aiding a part of the rainforest in Indonesia.

Blockchain technology enables these enterprises to track the complete extent of their pollution. A series of smart contracts also provide assurance to these companies that the money put forth is genuinely being used to help support the environment. While the carbon credit system is not completely new, the ability to audit on the blockchain coupled with a tokenizing credit system is a game changer.

As reported by TechCrunch, Veridium is responsible for determining the value formula and setting the structure up. Stellar will be the digital ledger that tracks the transactions while IBM will manage the activity of purchasing, selling, and managing the tokens.

According to Forbes, Jared Klee, IBM’s new blockchain offering manager, the partnership is only the beginning. “We’re creating a fungible digital asset token which part of the goal is to create a market where people can buy, sell, trade, and then redeem it for the underlying credits,” said Klee. “By having a liquid market you open up a world of possibilities.”

“Our engagement with Veridium will mark the first public IBM involvement in a token issuance on a public network,” said Klee. While IBM and Veridium Labs will leverage Stellar’s public blockchain, the project still requires a permission component. IBM’s blockchain technology will be used for the permissioned component in the project.

Klee mentioned that the public, permission model enables Veridium and IBM to create a market to purchase and sell the carbon credits that is restricted to companies under specific regulatory requirements. To achieve this public permissioned model, IBM, therefore, manages nine nodes on Stellar’s public blockchain.

InfinteEarth, Veridium’s sister company, and their Triple Gold REDD+ credits will back the tokens. Infinite Earth was created in 2008 with the goal of helping companies offset their damage to the environment in numerous ways.

Veridium has yet to announce potential customers. However, InfinteEarth has had a positive track record of working with companies like PwC, Microsoft, and SAP.

The decision to switch from Ethereum to Stellar

IBM’s decision to use the Stellar blockchain has however caused a major change in plans. IBM initially planned on partnering with incubator ConsenSys to leverage the Ethereum blockchain instead.

Veridium CEO and co-founder Todd Lemons has not yet commented on the change from Ethereum to the Stellar blockchain. While Stellar has a smaller market capitalization of $6.8 billion in comparison to Ethereum’s $72.7 billion as seen on Coinmarketcap, Stellar has faster transactions times and lower transaction costs.

The IBM and Verdium Labs partnership is, however, a large milestone for both companies. “For years, we’ve been trying to mitigate environmental impacts at every point in the value chain, however previous solutions still presented significant complexities and costs,” said Lemons.

“Our work with IBM is the first step in dramatically simplifying the accounting and offsetting processes, and therefore ultimately helping reduce costs. Our digital environmental assets are designed to help companies and institutional investors purchase and use carbon credits to mitigate their environmental impact today, and even hedge their potential carbon liabilities in the future.”