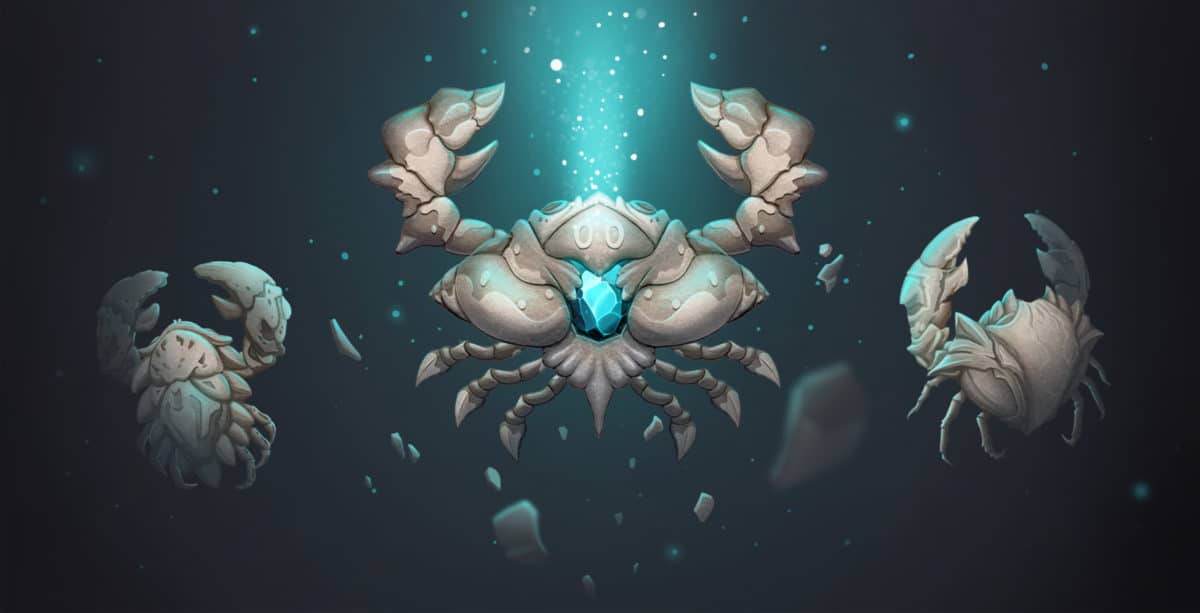 The blockchain virtual crab game, CryptantCrab, recently closed its presale and has much in store for 2019. iCandy Interactive is the game producer responsible for creating this innovative game that is based on its popular non-crypto predecessor, Crab War.

We spoke with Desmond Lee, Chief Operations Officer at iCandy, to learn more about CryptantCrab, blockchain gaming, and his thoughts on the future of the space.

Greg Adams: CryptantCrab is a spin-off from your very popular Crab War. What are the main differences between the two?

Desmond Lee: Both games are remarkably different even if the former is a direct spin-off from the latter. Notably, Crab War is a mobile game that continuously spawns armies of crabs that have the sole goal of vanquishing their foes. As for CryptantCrab, it is a blockchain-powered game that offers a true collectible experience, featuring a player-vs-player battle feature.

Also, because CryptantCrab runs on the blockchain, the game assets that players invest in are literally under their ownership. This is all thanks to the smart contracts that ensure all transactions and changes have proper tracking.

GA: How are you utilizing blockchain in CryptantCrab?

DL: CryptantCrab runs on the non-fungible token platform that the Ethereum network offers. Simply put, it is a concept that processes and manages non-monetary assets in the form of tokens. When a player purchases CryptantCrabs, a smart contract is created to record the transaction and manage the ownership. These virtual crabs that come alive on the blockchain will experience growth from doing battles and undergoing mutations.

In using blockchain, the CryptantCrabs that are in play cannot have their stats altered by a third-party, nor can they be modified to perform better in fights. This, as far as iCandy Interactive is concerned, is how it wants to leverage the benefits that this crypto-secure digital ledger offers.

GA: How does the CryptantCrab P2P battle work?

DL: As a player-vs-player match-up, gamers will send their virtual crustaceans that they have been grooming into battle and find out which of the two will come out on top. While it sounds straightforward, it isn’t as easy due to the nature of setting up the CryptantCrab before the fight. Players are required to select the right prized fighter, taking into consideration their elemental properties and equipping the appropriate fossils that can turn the tides of battle. These are some of the many aspects that make the gameplay experience more interesting.

What role do Fossils have in all this? What is a Fossil? Simply put, it is the final form of a CryptantCrab that has its part moved onto another crab as a result of the Xenograft process. These fossils have a new role in combat as they can be added into fights and provide a boost for the battling CryptantCrabs. For reference sake, Xenograft is different from Mutation as it enable players to move a specific part from one crab to another that is set to do battle or part of a collection. Having its part grafted away will turn the crab into a Fossil.

Beyond PVP, iCandy Interactive is also putting together the ‘Pool Arena’ feature. This is where players sign up their crabs in a group battle and have them go head-to-head with each other to find out who is the true champ. Winners for each pool will receive a distribution of the rewards depending on how well their crab performs in these fights. This ‘prize money’ is what will encourage players to improve their crabs and nurture their competitive spirit as they compete for ETH prizes. With Pool Arena, iCandy Interactive intends to raise the stakes for those looking out for something more thrilling than what current collectible games can offer.

GA: What were the main challenges working on a blockchain-based game? How was it different than working on a regular game?

DL: One of the major challenges the team faced while producing CryptantCrab has been the need to fully utilize this next-gen technology. This includes figuring out how specific blockchain functions can be used to enhance the gameplay experience. It’s like a deep-dive process that mostly consists of integrating blockchain into existing game frameworks and doing extensive research on what others have worked on.

Unlike other players in the marketplace, iCandy Interactive already has extensive experience with producing and publishing mobile games. This gives the team exclusive insights on what it takes to make a successful game. However, having this know-how does not mean it’s an easy feat. This is where the wider market understanding, specifically for blockchain, comes into play.

The research and development process is important and plays a crucial role in ensuring the gameplay experience can integrate properly and seamlessly with the blockchain platform. Without the right understanding, implementation can be difficult. After all, the game design and user experience process for blockchain games is very different from traditional game development.

This is, in many ways, a trailblazing effort, and a process that iCandy Interactive is very familiar with. From its days as a mobile game developer, it has always focused on improving access and raising adoption for the general masses. With the introduction of this next-gen technology, many tried to make a blockchain game and just as many failed to follow through.

As a long-time veteran in the game developer space, it’s only proper to venture into introducing new innovations for video games and expanding their adoption within the mass markets. The self-contained nature of the crypto community faces a challenging time in expanding its growth to a wider audience. However, with game developers looking to branch into this space, it is definitely an opportunity for all to grow.

GA: Games like CryptoKitties have proven the viability of the collectibles use case for blockchain. Can you see blockchain collectibles gaining further adoption in the future?

DL: There is a high possibility that blockchain will branch out into other game genres in the coming months despite the volatile market. This will likely be the case for game genres that have an extensive library of assets. Think role-playing adventures, city planners, management-types, or even first/third-person gameplay – all of them can use blockchain to some degree. Mostly, the next-gen tech can track and manage stored items in the inventory and, of course, provide a true sense of ownership. That will be the case moving forward for the video games industry if it ever seriously considers deploying blockchain into the user experience.

GA: Do you think that eventually, mainstream game studios will begin integrating blockchain into commercial games?

DL: Right now, there are two major video game publishers dabbling with blockchain – Bandai Namco and Ubisoft. While both have yet to reveal what they want to do exactly with this next-gen innovation, seeing these investments has set some expectations. How far this will go, that remains to be seen in the coming 12 months.

GA: Do you believe the current lack of scalability on platforms such as Ethereum will be problematic?

DL: Having little to no scale with blockchain technology must be defined properly – the challenge here is very much about the size of the data on each block. Scaling the technology is a different case altogether.

As for the former, this is a limitation that most blockchain networks are experiencing. Some parties have already introduced off-chain processing to bypass this issue. With video games, its assets need not be over 1MB – the current data cap for a block – so this will not be the main challenge. More critical will be how games can scale up when using blockchain and leverage what this innovation offers to make the gameplay even more interesting and engaging.

Even as the world tries to make sense of the massive cryptocurrency performance fluctuations, the efforts to expand the use of blockchain are still on track. In fact, Ethereum is still being adopted in many use cases with most working to reinforce its stability and widen the mass acceptance.

As more decentralized apps start to populate the Ethereum network, the acceptance for blockchain will also widen. This, likely, will spur others to create new services and solutions for the blockchain and encourage mass adoption within the mainstream sphere.