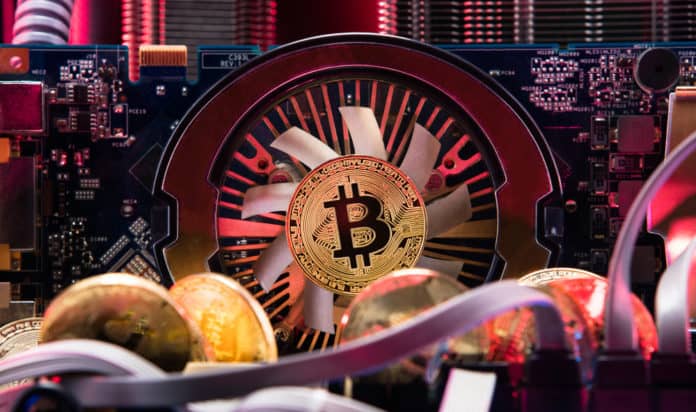 Japanese Police have recently accused 16 people of embedding an online program that mines their viewers’ personal computers for cryptocurrencies without their consent.

Contents hide
1 Related Articles:
2 Cryptojacking Also Affects Businesses and Government Organizations
3 The US Federal Trade Commission Is Being Proactive on Cryptojacking Incidents
4 Cryptojacking Is Now Attacking Any Device Connected to the Internet

According to the Japan Times, on June 14, 2018, the Japanese police mentioned that these people violated the law. It’s considered a major offense in Japan to use computer viruses without reasonable cause. Users who do so can be punished with a fine or endure jail time.

Although the definition of a computer virus may be unclear, of the 16 people, three have been arrested. It’s the first instance in Japan that Japanese law enforcement has taken significant action on people who deploy cryptocurrency mining programs to leverage visitors’ computer processing power without approval.

While the 16 accused in Japan had targeted personal computers, eWeek recently reported that crypto jacking has also become a growing problem for enterprises and government organizations.

Troy Mursch, a security researcher published on his Bad Packets report that approximately 50,000 websites were affected with the cryptojacking script.

Unfortunately, TechCrunch noted that official Government and education websites like the Office of the Inspector General Equal Employment Opportunity Commission (EEOC), the University of Aleppo, and even the UCLA Atmospheric and Oceanic Sciences Program were affected by mining scripts.

Even billion dollar electric vehicle company Tesla, was hacked in early 2018 and their website leveraged visitors’ computer processing power to mine Monero via Coinhive.

Mursch noted that Coinhive is the most popular crypto jacking script. It is currently affecting almost 40,000 infected websites and is involved in 81 percent of cryptojacking cases.

The US Federal Trade Commission Is Being Proactive on Cryptojacking Incidents

The US Federal Trade Commission (FTC) has therefore taken action to set up a new complaint system for individuals who believe they may be crypto jacked. The FTC is taking a proactive stance when it comes to cryptocurrency scams.

They are also hosting a half-day workshop on June 25, 2018, to understand how scammers are “exploiting public interest.” The goal is to understand and potentially brainstorm new ways to protect retail investors and everyday consumers. Cryptojacking is a big component and concern when it comes to cryptocurrency scams.

“Cybercriminals use coinminers to steal victims’ computer processing power and cloud CPU usage to mine cryptocurrencies,” Symantec said in their cybersecurity threat landscape report in 2017, “Cybercriminals started trying to make money this way primarily because there was a huge rise in the value of cryptocurrencies in the last quarter of 2017, making this type of cybercrime extremely profitable.”

Cryptojacking Is Now Attacking Any Device Connected to the Internet

While cryptojacking often happens on computers or phones, many hackers have begun to attack devices connected to the internet as well. The Symantec report said:

“While a great portion of these threats are browser-based, hijacking PCs, Macs and smartphones, attackers are moving to obtain more processing power to drive greater profit.”

In 2017, there was a 600 percent increase in the attacks on the Internet of Things (IoT) devices. It’s therefore important to note that IoT devices are a great target for cybercriminals.