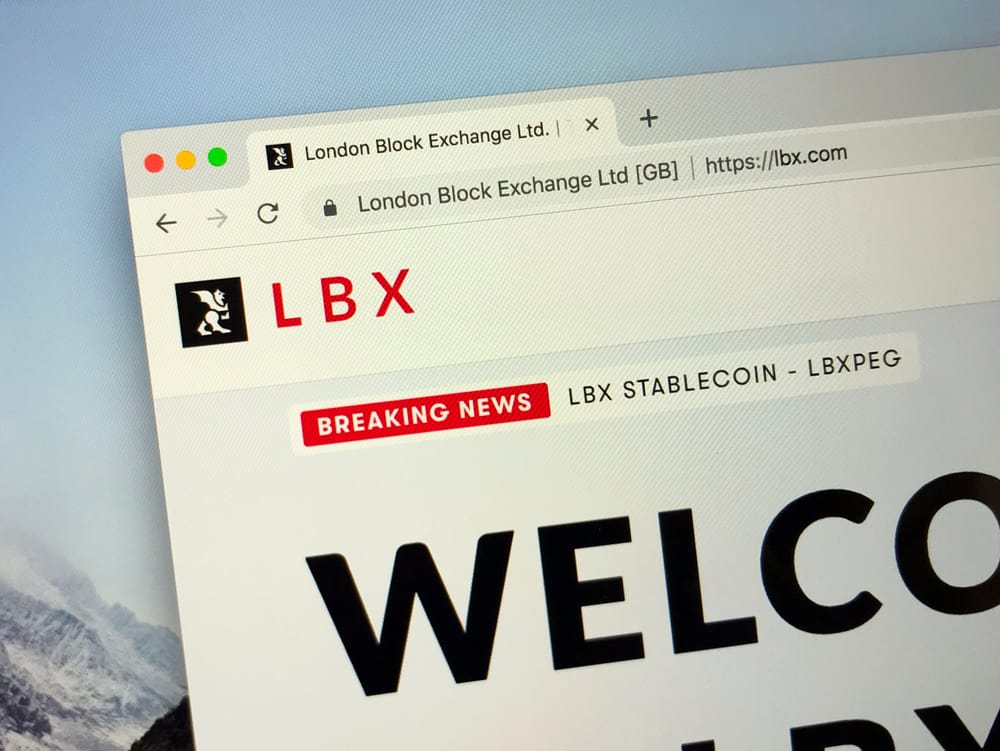 The stablecoin craze has finally made its way across the pond, albeit with a slightly unique flavor that is likely to open up the asset class to more takers.

Contents hide
1 Powered by the Ethereum Blockchain
1.1 Related Articles:
2 How LBXPeg Stands Out From Other Stablecoins

The London Block Exchange (LBX), an over-the-counter crypto trading platform based in the U.K., announced Sep 29, 2018, that it is releasing a new stablecoin pegged to the British pound. Dubbed LBXPeg, the new coin will be backed “one-for-one” by U.K. sterling reserves.

Powered by the Ethereum Blockchain

LBX has deployed the Ethereum blockchain to develop and distribute LBXPeg. According to the company, Ethereum was an obvious choice considering its trustlessness and transparency that could help with the coin’s mass adoption at a time when the crypto space is already flooded with a plethora of stablecoins.

One interesting feat about the new coin is that it’s not a standard ERC-20 token (although it’s built on that platform). Rather, it can be clubbed into the ERC-621 category which promises a greater supply for matching the amount of the GBP reserves held in third-party bank accounts.

“LBXPeg will also be issued on other blockchains where compliance controls can be maintained,” the company noted in a blog post.

“After LBXPeg’s initial release, LBX will explore tying the product’s value to accounts which hold other fiat currencies – such as EUR and USD – to improve both its scope and stability.”

How LBXPeg Stands Out From Other Stablecoins

One primary objective behind the creation of the LBXPeg is to get around the limitations of other existing stablecoins by carefully increasing liquidity.

An increased liquidity enables traders to conveniently transfer the digital asset equivalent of the U.K. Pound sterling in real-time through a decentralized network. While the transfer of money will be completely trustless, it can still be traced and subject to full KYC/AML.

“The primary use case will be the settlement for OTC trades in the London market, then commonwealth exchanges where they don’t have fiat banking, and then securities tokens who want to pay dividends in a crypto pound.”

Dives also promised that the company would have its fiat reserves regularly audited by a trusted accountancy firm. According to Business Insider, LBX has already received the requisite approval to go ahead with LBXPeg’s release from an unnamed banking partner.