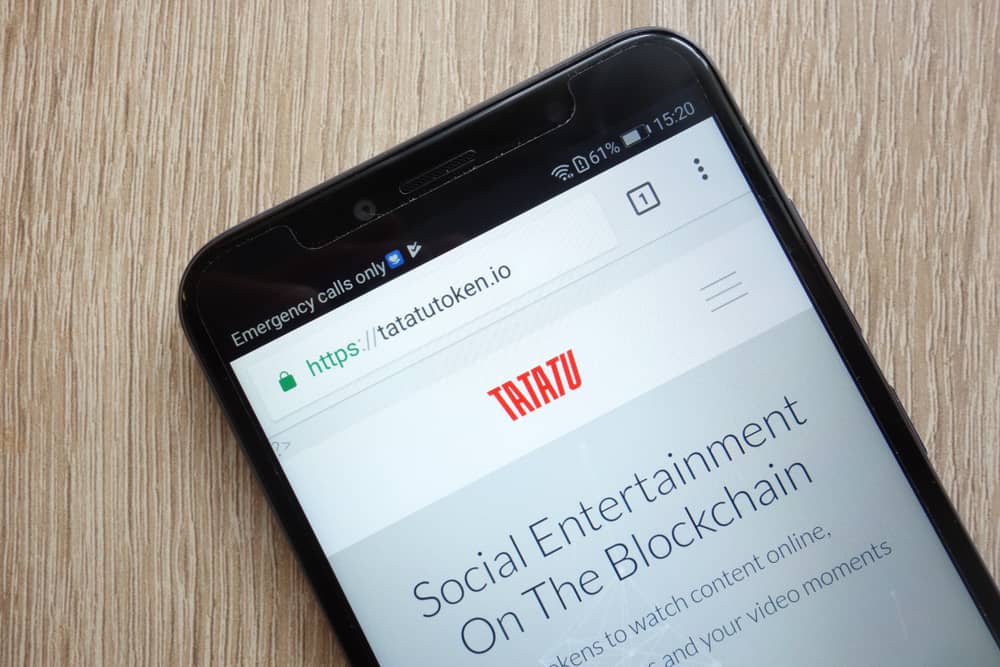 With a catchy name and what the company touts as the largest-ever cryptocurrency giveaway to date, the U.K.-based social entertainment platform TaTaTu seems to be aiming for one heck of a debut.

While it remains to be seen how effective that plan turns out in the grand scheme of things, there is hardly any doubt that free tokens worth $50 million are a great way for TaTaTu to grab a sizeable user-base, to begin with.

For starters, TaTaTu is not just an entertainment platform. It is presumably the first-of-its-kind service powered by blockchain technology.

It claims to bring the best of two worlds that generate the bulk of online traffic all around the world: Social networking and movie/video streaming. Basically, it’s an amalgamation of the two supported by a business model that offers “premium” video content and awards users when they watch them. The company does so by splitting a part of the revenue it earns from advertisers with viewers.

(Note: More specifically, advertisers buy /TTU tokens, which are then shared with viewers based on their viewing habits. Both content creators and viewers receive their incentives in /TTU tokens.)

Of course, offering monetary incentives to draw regular users and boost traffic is not a new strategy per se. Many online platforms have tried this model before, with probably the vast majority of them ending up unsuccessful. However, TaTaTu plans on embracing that same strategy with two unique advantages — high-quality original content to attract new users, and the use of blockchain/crypto at the backend to incentivize loyalty.

Speaking of the feedback the platform has bagged so far, Andrea Iervolino, CEO of TaTaTu Enterprises, said:

“The initial interest for TaTaTu has been exceptional and we are continuing that momentum into our beta phase with the largest cryptocurrency giveaway in history.”

“TaTaTu will be a social platform whose value is shared by everyone that participates and will continue to grow as more and more people join.”

On July 1, 2018, TaTaTu kicked off the public beta of its platform. The company issued a press release later in the month announcing that it plans on giving away free TaTaTu tokens worth $50 million to the first 200,000 registered users.

Each registered user will receive 50 /TTU tokens for free, whose fiat equivalence currently stands at nearly $25.

New users can sign up on the official company website to join the public beta. The tokens can be used starting October this year. Additionally, TaTaTu has also assured users that once they earn more than 200 /TTU tokens, the total fund will be transferred to their Ethereum wallet.